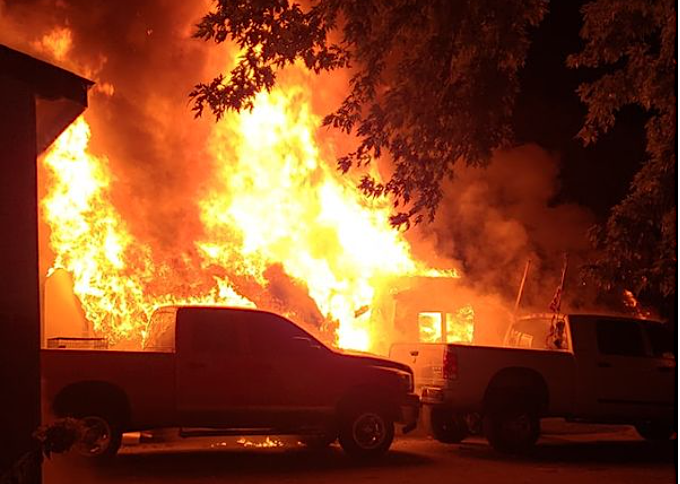 The Democrats’ vow to “burn everything down” if they don’t get their way is allegedly being fulfilled. Last night in Brooklyn Center, Minnesota, unknown arsonists attacked the home of two Trump supporters, burning the family’s garage and several vehicles and destroying a large Trump sign in their yard:

As shown in one of those photos, the arsonists apparently spray painted “Biden 2020,” “BLM” and the Antifa symbol on a garage wall. This is the Brooklyn Center Police Department’s press release:

A GoFundMe page has been set up for the Molla family. On Facebook, liberals are claiming that the Mollas set the fire themselves and spray painted the BLM/Antifa graffiti as an insurance fraud scheme. Their rationale is that BLM is a peaceful, law-abiding organization and Antifa members don’t like Joe Biden.

Not all the facts are in on this incident, obviously. It could be that the arson was committed by someone other than BLM/Antifa. But when those groups vow to burn down America, it is not surprising that many people find credible the possibility that they have done just that.