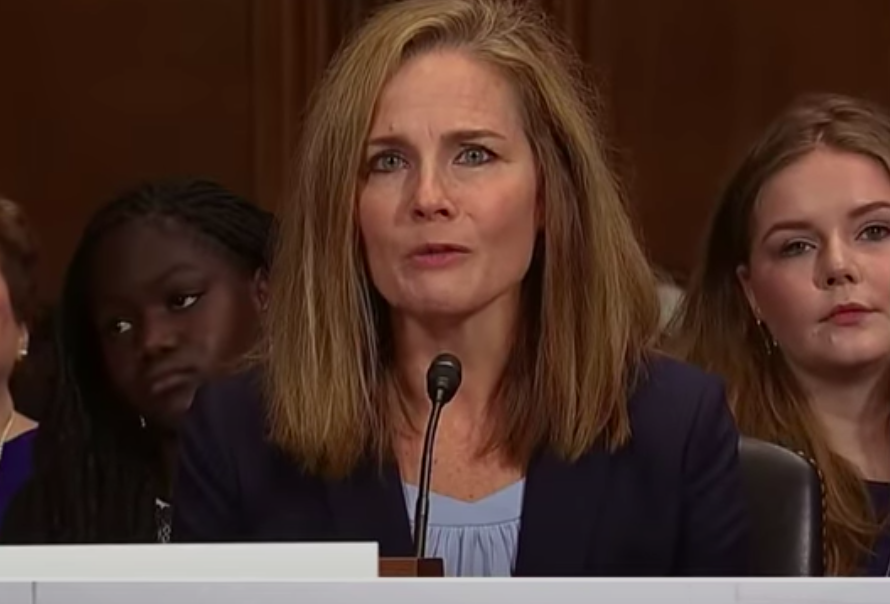 Donald Trump is not a religious Christian.

The president is not an evangelical Christian; he’s not Catholic. Unlike the previous national Republican standard-bearer, he is not a Latter Day Saint. And despite unassailable status as a Vladimir Putin puppet, he’s interestingly not joined the Orthodox Church, which the Russian strongman has in some ways empowered. When Donald Trump speaks about his Presbyterianism, he speaks about it as I do: awkwardly, as an exoticism from America’s mainline past.

“I’m a Protestant, I’m a Presbyterian,” Trump said in June 2015, the day after descending the escalator in Manhattan. There are entertaining reads of Trump as a sort of lunatic optimist, owing to a childhood association with the Americana positive thinker Norman Vincent Peale— that he is a devotee of something akin to the “The Secret,” (released back when the future president was hawking Trump Vodka). But one look at the commander-in-chief’s acerbic Twitter feed tells us if he is an insistent positive thinker, he’s a hidden one.

The status of America’s Christians as obvious rubes has been a familiar refrain of the Trump presidency. It is as it was then, if with a different flavor, during the last Republican White House. But now they’re being outright had, so goes the thinking. Unlike with the born-again, younger Bush, the Religious Right’s embrace of Trump — a divorcee egoist who shares beds with adult film stars — should tell you all you need to know. In many cases, goes the argument, it tells you a story of an immoral minority, if the debacle at Liberty University this summer is any indication, and as traditional Christianity is ever more sidelined from culture. This is the death rattle.

So you’ll have to forgive convinced Christians their jubilation on Saturday as Trump nominates his third Supreme Court justice in three-and-a-half years. It’s already more than George W. Bush did in two terms, ditto his father, and if the White House and Republicans are successful in the Senate — as looks likely — Trump will instantly surpass both Bill Clinton and Barack Obama in his impact on the Court. You’ll have to pardon the country’s dumb set for thinking to themselves maybe, just maybe they made the right bet four years ago.

My sources in the capital are unanimous: President Donald Trump is likely to name Amy Coney Barrett, 48, to the Supreme Court on Saturday. She is from Louisiana; she went to Notre Dame Law; she is a favorite of American Catholics; she is the mother of seven children. She’s poised to succeed the woman she replaces, Ruth Bader Ginsburg, in icon status, just for the other side.

Sen. Mitt Romney, who voted to remove Trump from office, said Tuesday he will consider and likely vote for Trump’s nominee, if she is qualified. Sen. Cory Gardner, an establishment Republican fighting a race in Colorado he’s losing, signaled he will take the political risk and confirm the nominee. The Republicans essentially have the votes— though it will be interesting to see how riskily Josh Hawley, the youngest and most demanding senator of future justices, plays it. White House press secretary Kayleigh McEnany said this week that Trump will not ask his choice to “prejudge” any case; Hawley has asked that the choice “acknowledge” Court mistakes. But, in the end, it defies imagination to believe Hawley, who covets the presidency, would personally quash such an essential pick. Sens. Susan Collins and Lisa Murkowski, both putative moderates, have prejudged, saying they will not consider the choice. But the way it has lined up, that duo’s lack of participation has freed up Trump and Senate Majority Leader Mitch McConnell to just push through a judicial conservative without hesitation.

There has been some consideration of Barbara Lagoa, a well-liked former state Supreme Court justice from the critical swing state of Florida. She currently presides from the U.S. Eleventh Circuit. No one I’ve spoken to in Florida’s considerable political apparatus that swirls around this White House — the president is now a resident of the Sunshine State, and buddy-buddy with its governor Ron DeSantis, and his ally Congressman Matt Gaetz, and has long patched things up with his old primary foe Marco Rubio — thinks she has a real shot.

Lagoa meets with Trump on Friday, but after an early, real influence push for her to get the seat, the interview is now considered essentially a courtesy. It’s Donald Trump, and it’s 2020, so nothing is a certainty, but this is the closest to one there is in modern politics. No one else is even slated to meet with the president. Finally, the speed of the selection aids Barrett, a runner-up to be Trump’s choice last time (Lagoa wasn’t even on the radar). And Judge Barrett is someone the president has notoriously been “saving” for the eventuality that Ginsburg died on the bench during his presidency.

It is no foregone conclusion that the present court with the addition of Barrett (or Lagoa) would upend Roe v. Wade, the charter case of American abortion policy. But it is fair to the left wing to concede it might. Given the opportunity, Justice Clarence Thomas is an assured vote to do so, and the same can probably be said of Justice Samuel Alito. Barrett has written that she believes if precedent is wrong, the Court should feel free to do away with it. Justice Brett Kavanaugh has presided as a rock-ribbed conservative since his trying confirmation hearings two years ago. Justices Neil Gorsuch and especially Chief Justice John Roberts are ciphers, but they are men with clear conservative pedigrees, groomed for decades for precisely this moment. It can’t be discounted. Roberts has dashed conservative hopes for at least eight years, since failing to rule Obamacare unconstitutional, but he’s done nothing if not consistently surprised.

The Court in November, quite likely with Barrett as a member, will consider whether to scrap the whole of Obamacare. It’s something a conservative majority will weigh carefully, lest they engage in the sort of political engineering the right wing has long accused the left of on the bench. Obama was given a second term touting the program, and Trump and his allies have failed for years to pass a reasonable alternative.

But a court that more ably respects the democratic will, and the law as written, will unhesitatingly acknowledge the results of the Electoral College, should it come to that. And, yes, it might conclude there is not ordained, universal abortion policy in the United States (California free to keep the practice, South Dakota allowed to end it, to the chagrin of some on both sides). Certain liberal thinkers, such as the political scientist Gerald Rosenberg, if controversially, have long argued that the (fairly recent) primacy of the Court has failed to deliver stable change, as evidenced by the Court’s continued importance. It’s ricketty stuff, to be sure, but one can just make out a future where Donald Trump’s imprint on the Supreme Court actually helped hold the country together for another generation.

Now, that’s something to believe in.