A Mencken for Catholics 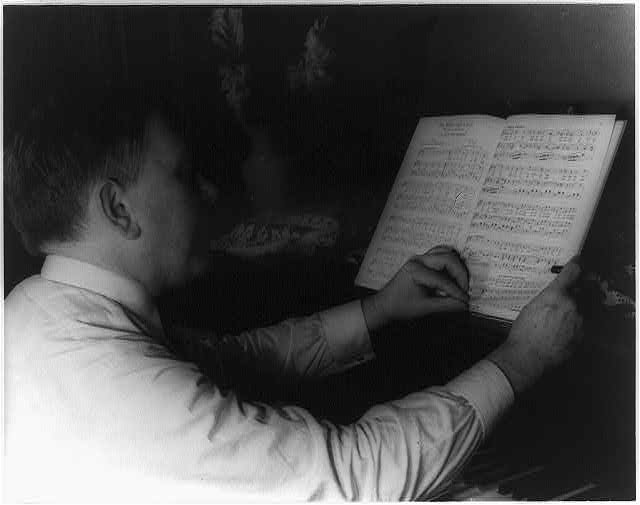 A “rascal,” declared American satirist Ambrose Bierce, is “a fool considered under another aspect.” “Wit,” alternatively, is “the salt with which the American humorist spoils his intellectual cookery by leaving it out.” Prolific author and professor Anthony Esolen in his new book Sex and the Unreal City: The Demolition of the Western Mind expertly considers many of the former, and perhaps unintentionally, accomplishes this feat with plenty of the latter. Perhaps Esolen is worthy of the moniker “American Catholicism’s H.L. Mencken” (albeit a far more charitable one).

Sex and the Unreal City is a clever, pithy assault on the ironic absurdities and irrationality of our notions of education, politics, and sex, among other things. Academics, says Esolen, are “undereducated, and overschooled.” Describing a mandated “seminar on the new-and-improved methods of education,” Esolen declares: “I could not get into the specifics of it, because there were no specifics.” He recounts a story of one professor who said that students should study “something that will be of use to you in the Real World, like feminist sociology.”

Esolen accuses contemporary academia of rent-seeking. “We might call it a monopoly, a cartel, or a turnpike. The principle is the same. You control the only means by which ordinary people can get something ordinary done. They must cross the river at this point, and you hold the bridge.” Because American colleges control the bridge into successful professional careers—even if bordering on the prohibitively expensive, given average student debt—its own ineptitude is often overlooked or excused. Courses with titles like “Shakespeare and…,” actually mean “Not Shakespeare but Gender,” or “Not Shakespeare but Race,” states Esolen.

If we’re going to talk about university culture, we should also talk about sex, since they are the normalizers of what was once considered obscene. In a demonstration of why Esolen is no longer allowed in “polite” liberal society, he observes that homosexuals “sow seed where seed don’t go.” He is just as blunt regarding transgenderism. “We want to believe that our words can alter reality…. If a man claims to be a woman, which he can never be, and demands to be addressed as such, he is not merely asking for right etiquette. He is demanding that we enter his delusion.” The Magdalen College writer-in-residence reminds readers that there are more than six thousand physical differences between males and females. But, you know, she feels like a man.

His condemnation of abortion is just as forthright, and just as welcome. “The unborn child, at whatever stage we wish to name, is not a part of the mother, like a thumb. It has its own genetic code.” He continues: “In Roe v. Wade (1973), they ripped from the husband any say in the matter of his wife’s decision to kill their unborn child.” I’d never thought of it that way, but is it not the truth? The man, to quote comedian Jim Gaffigan, may only contribute to procreation “for five seconds,” but without the male, there ain’t no baby. Why, then, do men have no legal right to dispute an abortion? Are not men legal guardians of their children when they are born?

Speaking of politics in our fraught, woke age, Esolen has sobering indictments there, too. He declares political correctness to be misnamed: “It abolishes the arena of the polis.” Look around in 2020, a year defined by hatred and vilification of the other for refusing to bow to the idols of wokeness, if you need proof. Considering the “Hate has no place here” signs that have become ubiquitous in liberal-leaning neighborhoods, Esolen remarks that they stand “without a trace of self-awareness or irony.” Who, he asks, is the real fundamentalist here, “so obstreperous and obtuse that he cannot begin to entertain another opinion?” Perhaps the New York Times, whose idea of what opinions are “fit to print,” grows narrower by the year.

Channeling Neal Postman, author of the prophetic 1985 book Amusing Ourselves to Death, Esolen notes, “we no longer have speeches, properly speaking. We have commercials. Everything is a commercial…. There are no arguments, then. There are no debates. There are only commercials.” We exist in a nauseating politics of vapid virtue-signalling—how many Americans whose profiles in June proclaimed “Black Lives Matter” now feature cartoonish images of RBG as a superhero? “Toys and toymakers can become president,” says Esolen.

While we log in to our self-congratulatory social media echo chambers, we become increasingly ignorant of those who live closest to us. “You have no neighbors, my dear readers,” Esolen asserts. “Or you have only a few; the others are simply people whose houses are situated within a reasonable proximity to your own.” Indeed, I would argue that the evaporation of neighborliness will be greatly accelerated by the developments of 2020. It’s one thing for people to play-act the nonsense of white fragility and anti-racism in a mandated corporate workshop. It’s another thing to be expected to do it when one goes out to get the mail or rake the leaves. The totalitarianism of woke ideology will lead to greater anonymity in our communities because no one can retain their mental health while being in a constant state of self-hatred.

Having diagnosed and cleverly castigated the foolishness of our age, we may wonder then how to return to “the real.” One answer is to return to traditions that have the historical pedigree of success.“A way of life comes to be what it is because it works—and more than that, because people fall in love with it,” argues Esolen. “It becomes theirs, as the land is theirs…. It is a culture, embracing every single person living within it, and all of them together in their families and clans and parishes.” Another is to fight for a true, sympathetic understanding of our own history, a territory that woke ideologues currently seek to wrest from conservatives. Esolen’s citations of Shakespeare, Herbert, Milton, Donne, the Greeks, and Scripture suggest a renewed pedagogy in the very best of the Western intellectual and cultural tradition help remind us of the unparalleled beauty and truth contained in that tradition.

This, however, can only take us so far. A return to the real, claims Esolen, must ultimately be a return to the transcendent, because atheistic materialism is an intellectual dead-end. And the truest manifestation of divine transcendence is Christ Himself, who in His very flesh bridged the chasm between the material world and the divine. It is the humble confession of our sinful inadequacies as “scoundrels and cowards, with airplanes, computers, and bombs,” and the recognition and worship of Christ that ultimately will bring a robust social and political renewal. Only in listening to God can man be saved. Esolen obviously has his ears fixed. Do we?