As Romney and Murkowski back SCOTUS confirmation vote, Dems are giving up and focusing on demonizing yes-voting senators up for re-election

Mitt Romney’s announcement that he will vote on President Trump’s nominee to replace Ruth Bader Ginsburg on the Supreme Court “based on their qualifications” is getting plenty of media attention. But for some reason, Alaska’s Lisa Murkowski’s much more surprising announcement that she can’t rule out voting for a nominee, reversing her position last week that she would not vote on a nominee before Inauguration Day, is getting no MSM attention at all, according to Google: 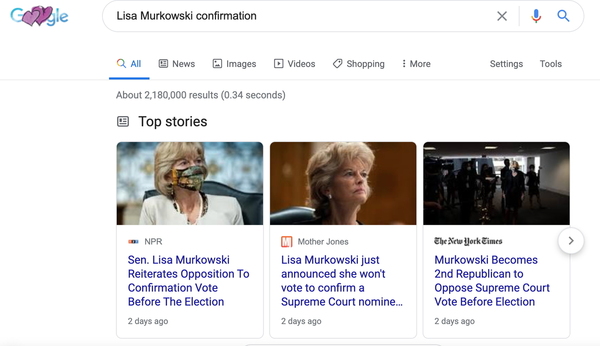 “I know everybody wants to ask the question, ‘will you confirm the nominee?’” she said outside the Capitol, as her Republican colleagues were gathering for their weekly policy lunch. “We don’t have a nominee yet. You and I don’t know who that is. And so I can’t confirm whether or not I can confirm a nominee when I don’t know who the nominee is.”

I understand that, while Alaska is a long way from DC and NYC media bases, there is a thing called the internet that should enable the media to catch on.

Mitt Romney’s declaration is at least partly understandable in terms of what is widely regarded as the biggest issue in the confirmation of a replacement justice. Romney’s  Utah constituents are heavily pro-life, as is the Latter Day Saints (Mormon) Church, in which he formerly served as a bishop:

Human life is a sacred gift from God. Elective abortion for personal or social convenience is contrary to the will and the commandments of God. Church members who submit to, perform, encourage, pay for, or arrange for such abortions may lose their membership in the Church.

Senator Murkowski’s change in stance is harder to explain, but perhaps she has been pressured by Majority Leader McConnell, or perhaps she is responding to constituents.

It is now clear that, barring unexpected developments, whomever President Trump nominates is going to be confirmed. We can expect Democrats to focus on the Judiciary Committee hearings damaging Senators who vote for confirmation.  They are going to try to goad or trap the nominee into supporting things that they think their voters will react strongly to.

This means gang-rape fantasies or charges of secret cannibalism and the like are probably not on the agenda.

The women of The View certainly think the Court is lost and the battle is for control of the Senate. Beth Bauman of TownHall writes:

Joy Behar and Whoopi Goldberg, two co-hosts of “The View,” on Tuesday admitted that Democrats have lost Ruth Bader Ginsburg’s seat on the Supreme Court. Instead of focusing on trying to change Republicans’ mind about pushing through President Donald Trump’s nominee, their focus is on this election cycle and the Senate in particular.

You can watch the segment below and savor the schadenfreude: 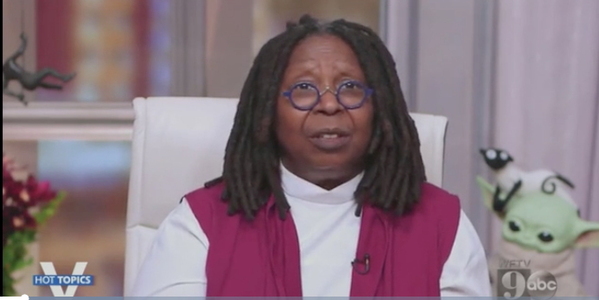