Biden campaign retires for the day at 9 a.m. as election looms 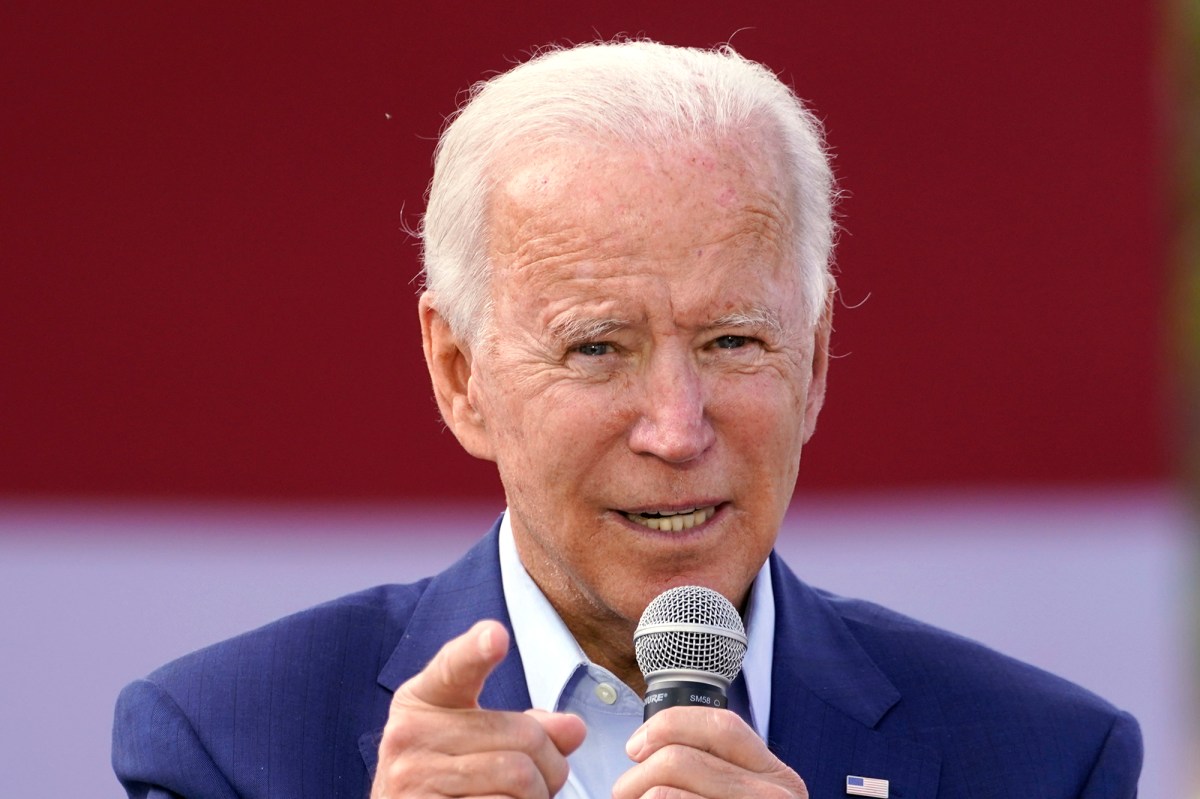 With just 40 days until the presidential election, Joe Biden’s campaign called a lid at the early hour of 9 a.m. on Thursday — meaning the Democratic nominee won’t be holding any public events for the rest of the day.

Biden’s campaign blasted out the email at 9.20 a.m., announcing the 77-year-old Democratic nominee would spend the day hunkered down in the Wilmington, Del., home where he has been sequestered for much of the coronavirus pandemic.

Yesterday, the Democratic nominee told reporters that he would spend Thursday preparing for his first debate with Trump in Cleveland, Ohio, which is set for this Tuesday night.

“I’ve started to prepare but I haven’t really gotten into it heavily,” he revealed.

The Democratic ticket’s light schedule stands in stark contrast to the frenzied campaigning of Trump 2020, with President Trump flying to Charlotte, N.C., to deliver remarks on his health care plan before traveling to Jacksonville, Fla., for one of his signature rallies at 7 p.m.

Vice President Mike Pence has also been quietly zig-zagging across the country on a bus tour and will spend Thursday at stops in Eau Claire, Wis., and Minneapolis.

Trump seized on the announcement in a tweet where he suggested Biden was tired and not up for the top job.

“Sleepy Joe Biden just closed down his campaign for the day (Again). Wants to rest! He is a very LOW ENERGY INDIVIDUAL, and our Country cannot make it in these exciting, but complex and competitive times, with a Low Energy President,” he wrote.

Biden shunned public events for months at the peak of the coronavirus, saying it was important he lead by example as the nation was told to shelter in place and stay home to stop the spread of infection.

The former veep significantly ramped up his travel following the Labor Day holiday with a battleground state tour, but has still repeatedly shunned questions from reporters, fueling criticism that he is unable to handle intense questioning.

Last week, The Post revealed that the commander in chief had fielded roughly five times more reporter questions than Biden since July over the last two months.

According to a review of the candidates’ interviews and briefings, Biden took zero questions during at least one eight-day period in late July and early August.

Next week’s highly-anticipated debates will be the first time the two candidates face-off in person and follows months of jibes from the Trump campaign about Biden’s mental acuity.

The president has reportedly shunned traditional preparation for the three debates, telling aides that he was counting on his opponent to suffer from one of the verbal fumbles or gaffes which scarred his primary race.

But the Trump campaign has tried to walk back their attacks on Biden in recent weeks, realizing that the 77-year-old is battle-tested having endured the Democratic debates — with the president even going so far to say that he expected Biden would “do great” at their first match-up.