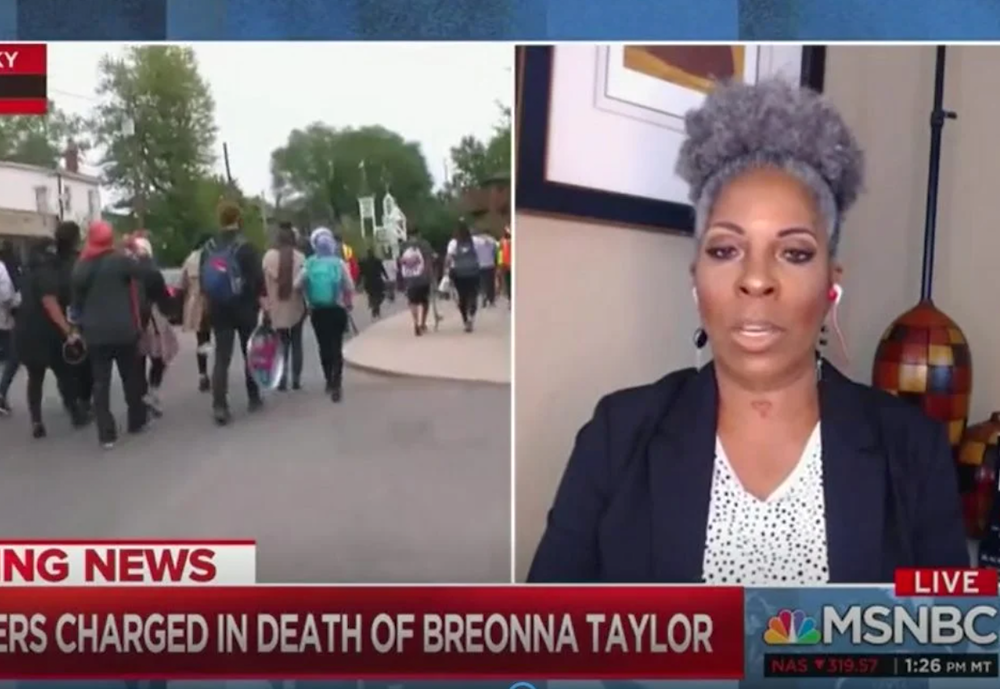 An MSNBC guest called Kentucky Republican Attorney General Daniel Cameron, who is black, “skinfolk” and “not kinfolk” Wednesday following the results of a grand jury decision not to indict three law enforcement officers for the death of Breonna Taylor.

Cheryl Dorsey, a retired sergeant with the Los Angeles Police Department, was responding on air to statements Cameron made during an afternoon press conference in which he denounced celebrity influencers fomenting potential riots in Louisville and elsewhere over the outcome without having a comprehensive understanding of the case.

MSNBC guest on black Kentucky AG Cameron: “He’s skinfolk, but he is not kinfolk…he should be ashamed of himself.” pic.twitter.com/Y9lNvSmPtS

While none of the three officers involved in 26-year-old Breonna Taylor’s shooting were directly charged for Taylor’s death, a grand jury did indict officer Brett Hankison with first-degree “wanton endangerment” for the shooting. Jurors said Hankison threatened three people’s lives by shooting bullets through Taylor’s apartment and into other units.