The CEOs of four major Big Tech companies have been given an ultimatum: testify in the Senate or face the music.

“The Senate Commerce Committee plans to subpoena the CEOs of Google, Facebook and Twitter to testify at an Oct. 1 hearing about the tech industry’s prized liability protections if the three do not agree by Thursday night to requests to appear,” Politico wrote on September 24 summarizing an internal email the outlet reportedly obtained. 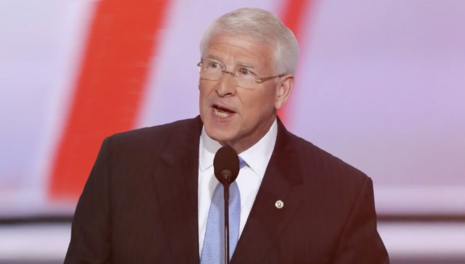 A top staffer for Senate Commerce Chair Roger Wicker (R-MS) reportedly wrote in an email to staff that Big Tech leadership had been given a firm invitation: “unless we receive a very prompt affirmative response, we will be issuing the subpoenas.” Politico summarized: “The hearing is set to address a 1996 law [Section 230] that has protected tech platforms from lawsuits over content their users post, the subject of increasing scrutiny in recent years.”

The panel’s staff director John Keast reportedly stressed that the testimonies of these Big Tech companies are “critical to deliberations.” “These three platforms facilitate a flow of communication and information sharing that is so large and so pervasive it is hard to contemplate,” he wrote. Keast reportedly then added, “Increasingly, content moderation decisions by these platforms appear to be limiting public discourse, particularly from conservative sources.”

Politico explained that the Big Tech CEOs in question have “until the end of the day Thursday to respond before resorting to subpoenas.”

This comes only a day after the Trump White House hosted a roundtable to discuss impending “concrete legal steps to protect an open Internet and a free society.” Attorney General William Barr also announced at the roundtable that the DOJ “has sent to Congress proposed legislation to reform Section 230.”

The prime example of Big Tech tyranny discussed at the roundtable was how platforms have been censoring leaders for expressing valid concerns about mail-in voter fraud. In late May, Twitter fact-checked Trump for suggesting that mail-in ballots could lead to voter fraud, a concern even The New York Times has acknowledged to be valid.

Conservatives are under attack. Contact your local representative and demand that Big Tech be held to account to mirror the First Amendment while providing transparency, clarity on “hate speech” and equal footing for conservatives. If you have been censored, contact us at the Media Research Center contact form and help us hold Big Tech accountable.