The lost common sense of the California Democratic Party 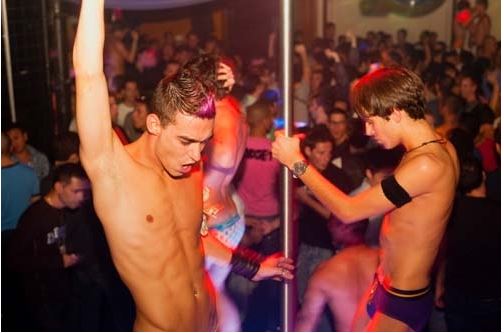 The bill, which passed by a vote of 41-18 in the California Assembly, and the State Senate, 23-10, is not without its detractors however and has drawn the ire of State Senator Melissa Melendez (R) and other members of the Assembly who claim the bill is an attempt to normalize sex with children. Why would they claim this as the bill clearly is about ending LGBTQ discrimination? Well, for starters lets take a deeper look at the legislation. Now, under SB- 145, judicial discretion is given to minors between the ages of 14-17 where the offender is 10 years older or younger than them. If you are scratching your head wondering if that means what you think it means you are correct. Under serious lawmaker Scott Weiner’s (D) bill a 24 year old who has sex with someone who is 10 years younger would not automatically have to register as a sex offender. Wow. In what universe is sex between a 24 year old and 14 year old okay? We don’t even allow a 14 year old to drive a car or vote? Why was a 10 year age gap specified when authoring this legislation? Does someone who is 14 years old understand the seriousness of sex?

State Senator Melendez (R), one of the of the most vocal critics, tweeted at serious legislator Scott Weiner (D) regarding the bill declaring, “I know exactly what the bill does because I read it. You’re trying to normalize sex with children. And I’m not going to let you get away with it.” Does this bill normalize sex with children or declare it is okay? No, but what SB-145 does is move one step closer in that direction. It desensitizes the seriousness of sexual assault and ultimately empowers those who would seek to exploit minors under what was previously an automatic sex offender registration. Your taxpayer dollars at work California.

With the passage of SB-145, one has to wonder what the next steps will be in the coming years regarding the debate over what constitutes sexual exploitation of minors and what age someone is ready for sex. This legislation opens the door to all kinds of possibilities. If sex between a 24 year old and a 14 year old is O.K., why would it be a crime for someone who is 20 years old to have sex with a 12 year old boy or girl? I can already hear the argument of how that is only 2 years younger than 14. As history has taught us government takes a mile when given an inch. It loses its ability to see, hear, and in the case of serious lawmaker Scott Weiner (D) it evidently loses common sense also when trying to legislate morality under the guise of liberty. Last month, the federal Department of Labor reported that in the week of August 29, more than 236,784 Californians filed unemployment claims. The week before that 196,916 claims were filed. Do the job that voters in CA-11 elected you to do Scott Weiner (D) and get your constituents back to work and protect their rights. As someone who believes in liberty and justice for all I applaud anyone who supports equal rights. That did not happen here. Not even close.