Americans Are Losing Patience With Riots 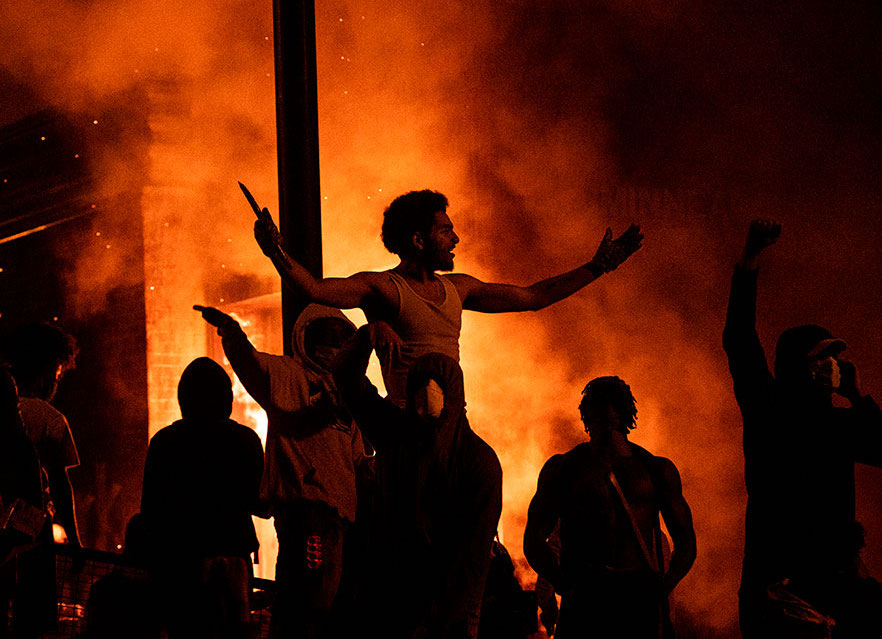 Poll data, including data generated by my own organization, show that Americans draw a clear distinction between demonstrating and rioting. Large majorities have no problem with demonstrations, but strongly disapprove of riots, looting and arson.

The problem is how to define what is going on around us. Democrats insist that protests are “mostly peaceful,” even as looting is rife and buildings are going up in flames. “Demonstrators” shut down highways, inconveniencing thousands and potentially endangering others’ lives. As time goes by, more voters are being convinced that what we are witnessing belongs largely in the riot category, rather than the demonstration category.

This, I think, lies behind the AP-NORC Poll’s finding that Americans are souring on race-related protests:

The poll from The Associated Press-NORC Center for Public Affairs Research finds that 44% of Americans disapprove of protests in response to police violence against Black Americans, while 39% approve. In June, 54% approved.

While the AP doesn’t put it this way, those numbers mean that a plurality now disapproves of “protests in response to police violence,” whereas a majority approved of such protests in June. And this survey was conducted before the latest round of violence in Louisville and elsewhere.

This shift is ominous for the Democrats:

Just 35% of white Americans approve of the protests now, while 50% disapprove. In June, 53% approved, while 34% disapproved.

But disapproval of the riots is growing among all ethnic groups. Note that Latinos sympathize with rioters even less than whites, which helps to explain President Trump’s growing strength in that demographic:

Among Latinos, 31% approve, compared with 44% in June; 63% of Black Americans support the protests, down from 81%, with more now saying they neither approve nor disapprove.

Nothing about this is surprising. Riots have never been popular, and Democratic Party happy talk about “mostly peaceful” assault, looting and arson isn’t fooling anyone. Watch for this trend to continue from now through Election Day.