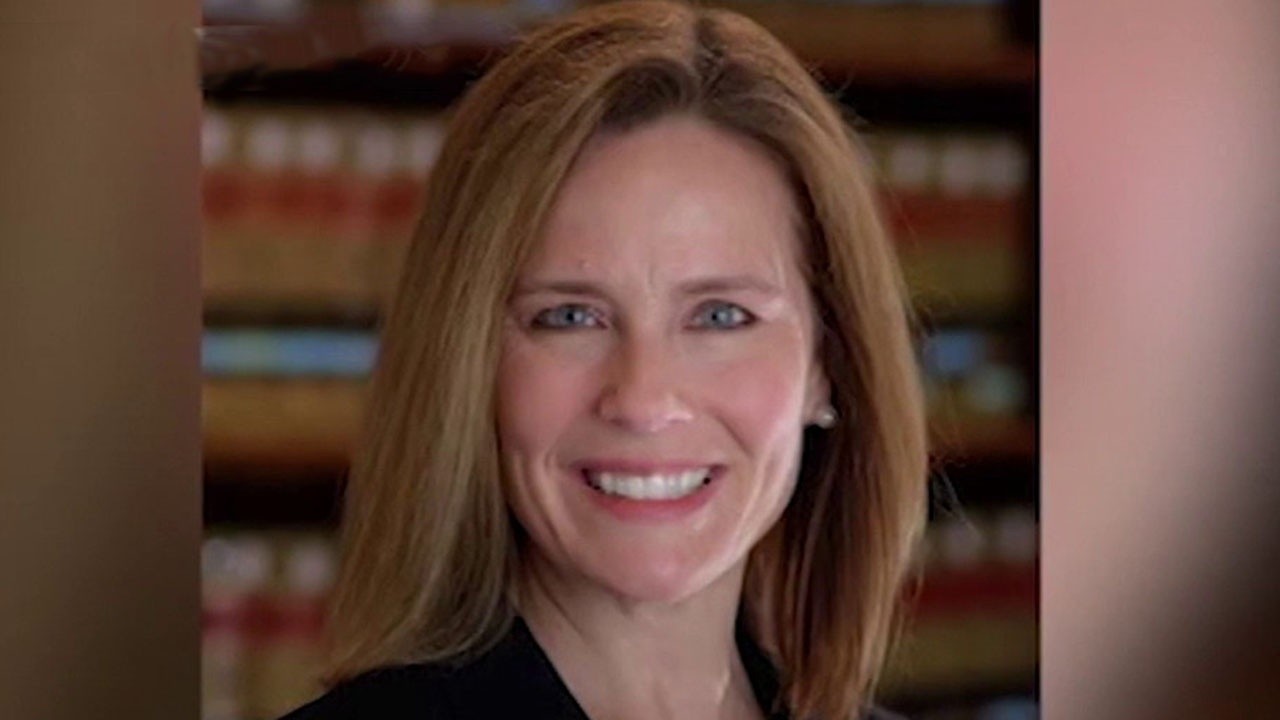 Judge Amy Coney Barrett’s family and friends spoke to “The Ingraham Angle” on Thursday night about why they think Barrett would make a great Supreme Court justice.

Barrett, a native of New Orleans, is said to be a top contender to be President Trump’s nominee to succeed the late Justice Ruth Bader Ginsburg, who died last week at age 87.

Trump could name his nominee as soon as Saturday, according to reports.

Megan Coney Edwards, Barrett’s sister, said the 48-year-old circuit judge on the Chicago-based U.S. Court of Appeals for the Seventh Circuit was already a leader when they were growing up.

“Although she is still a good leader, I think now I would say today that her role is unity and love because she just makes such an effort. … Her love for people is remarkable,” she told correspondent Raymond Arroyo.

She said that media reports referring to the People of Praise — a conservative, charismatic prayer group of which their family were members — as a “cult” and akin to “The Handmaid’s Tale” were “misconstrued.” Edwards said she has fond memories of the organization from childhood and still maintains friendships with people she met there.

“Really, what people need to know is, this isn’t a crazy group,” she said. “My experience with it has been that these are people who deeply care about one another and about other people.”

Angelle Adams, one of Barrett’s closest friends in high school who made up one-fourth of a group they called the “Fearless Foursome,” called it “laughable” that Barrett’s association with the People of Praise would make her a submissive woman who strictly obeys men — as some critics have contended.

“Most everyone who’s ever encountered her says, ‘Wow, this is a powerhouse. This is a person with integrity,’” she said.

Renee Digiovanni, another member of the “Fearsome Foursome,” said “I don’t think you get to where you are, where she is, as a submissive person. I think that kind of speaks for itself. I don’t feel like I really need to give words to that.”

Jenna Martin, who said she was mentored by Barrett in high school, praised Barett as a person who “will always get the truth, will always look for the truth. And her faith is very strong in her.”

“You could just tell in conversations with her she was ahead of other people’s thoughts. But she was humble about it,” he said.

Edwards said one thing that struck her over the years was that people from all political viewpoints — although they may disagree on issues — seem to respect Barrett. She added that there would be no one better than her sister to “separate herself from who she is, what her beliefs are, to be able to see all angles and be fair.”