Palin threatens Murkowski over SCOTUS vote: I can see 2022 from my house 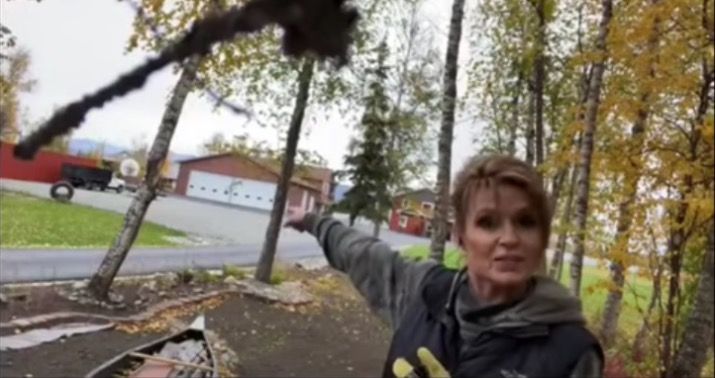 Via Jim Swift. A WaPo reporter remembered that Palin made this same threat after Murkowski wobbled on confirming Brett Kavanaugh in 2018. I had forgotten — even though I wrote a long-ish post about it at the time.

Nearly everything in that thread applies here too, so go ahead and read it for background.

Having Palin as an enemy doesn’t inspire the same fear now among Republican pols that it used to. The populists who made up her personality cult from 2009 to 2011 long ago reconstituted themselves as even more ardent personality cult for Trump. In hindsight, I wonder if the splash Trump made in 2011 talking smack about Obama’s birth certificate was the beginning of the end of Palinmania. Probably not — realistically, it was her decision not to run for president in 2012 despite the clamor among right-wing activists.

If she had run that year and challenged Romney, would the history of the party from 2012 onward have changed meaningfully? A subject for another day.

Murkowski won a write-in campaign at the height of tea-party fever in 2010 with Palin backing her conservative opponent, Joe Miller. If conservatives couldn’t oust Murky in a situation like that, a Senate primary launched by Palin who’s now more than 10 years removed from holding any sort of elected office probably isn’t scaring her. The interesting wrinkle would be if Trump, whether as the incumbent president or simply as a private citizen, jumped into the race to campaign on Palin’s behalf. I’m sure he’d relish it, having been criticized repeatedly by Murkowski and been crossed more than once by her on SCOTUS confirmations. Does he have the same hold over Alaska that he has over red states within the lower 48?

Alaska’s notoriously hard to poll but the margins he’s been putting up against Biden there so far this year don’t suggest a huge amount of influence. He led by six in the most recent survey, published in July, but a different poll a few weeks earlier had him ahead by just a point. Certainly he’d have major sway in a Republican primary, presumably enough to help Palin to the party’s nomination. But it’s hard to believe Murkowski would sit by in a situation like that and absorb the defeat, forcing her to win another write-in campaign in the general election. If Palin declared her candidacy and polls showed that she stood a real chance of winning the primary, Murky would probably just go independent — or even switch to the Democratic Party, which may well hold the Senate majority at the time.

Two years ago a poll found that Palin was much more popular than Murkowski with Alaska conservatives, suggesting she’d win a primary easily. But among the total electorate, the numbers flipped: Murkowski was viewed favorably by a margin of 51/37 while Palin was viewed unfavorably by a spread of 31/51. Nominate Palin and Republicans might well end up fumbling away the seat.

I hope she runs, mainly because it would be an entertaining race but also because it’s been deeply strange that Palin has kept such a low profile throughout Trump’s candidacy and later presidency. Every fringy populist sideshow character in media has come out of the woodwork over the last five years to get a piece of the Fox/MAGA action, but somehow the most popular populist among conservative activists of the first half of the previous decade has largely vanished. So odd.

Here’s the clip, which is also pretty odd. Oh, by the way — although Murkowski has said that she thinks Ginsburg’s seat should be kept open through the election, she hasn’t ruled out voting for the nominee if Trump and McConnell ignore her and bring the nomination to a vote. The sticking point if it’s Barrett, which it almost certainly will be, will be abortion. If pro-choice Murky is convinced that she really will be the fifth (or sixth?) vote to overturn Roe, is that a dealbreaker?