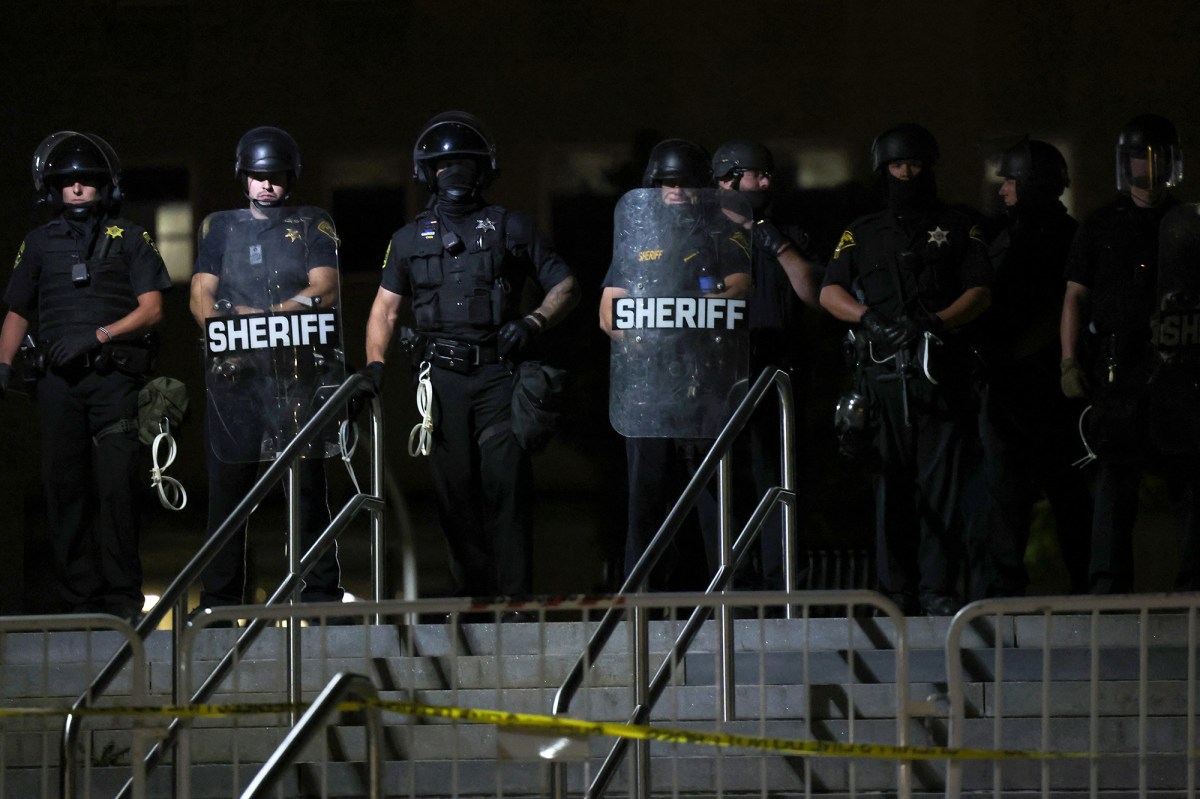 Rochester police spent more than $1.4 million on overtime in under three weeks responding to Black Lives Matter demonstrations stemming from the police-custody death of Daniel Prude, according to a report.

The bulk of the OT for cops in the upstate city came during the first two weeks of this month after the protests broke out, with more than $1 million in extra pay over that period for nearly 2,500 overtime shifts totaling 15,500 hours, WROC-TV reported.

“The fact that we had to have the police there the entire time was a need,” Rochester City Councilman Jose Peo told the station. “We needed to make sure that what happened before with the rioting and the looting when it’s happened in other cities with these types of protests when buildings are being burned down, did not happen in Rochester.”

According to the department’s website, Rochester PD has 850 sworn and civilian employees.

The data, from a report submitted to the city council by police in the upstate city on Monday, stunned some in the community.

Rochester police also fired approximately 6,300 rounds of pepper balls to disperse protesters in just the first three days of demonstrations, a number that shocked some in the community, WROC said.

“That’s excessive,” Abdul Hai, an activist with the Community Justice Initiative told the station. “That’s just showing the militarization of the police force when they were shooting the pepper balls those people didn’t deserve.”

Prude, 41, died after a confrontation with several city cops on March 23.

Video from the encounter shows a mentally disturbed Prude walking down a Rochester street naked. Prude is seen ranting but is handcuffed and held face-down on the ground after police — who can be heard laughing — put a spit mask on him.

He eventually stops moving and lapses into unconsciousness before he was taken to a local hospital and declared brain dead. He died one week later.

The incident remained under wraps until Sept. 4, when the footage went public and sparked a new round of outrage from Black Lives Matters protesters, who have been marching against racial inequality and police brutality since the death of George Floyd in Minneapolis on May 25.