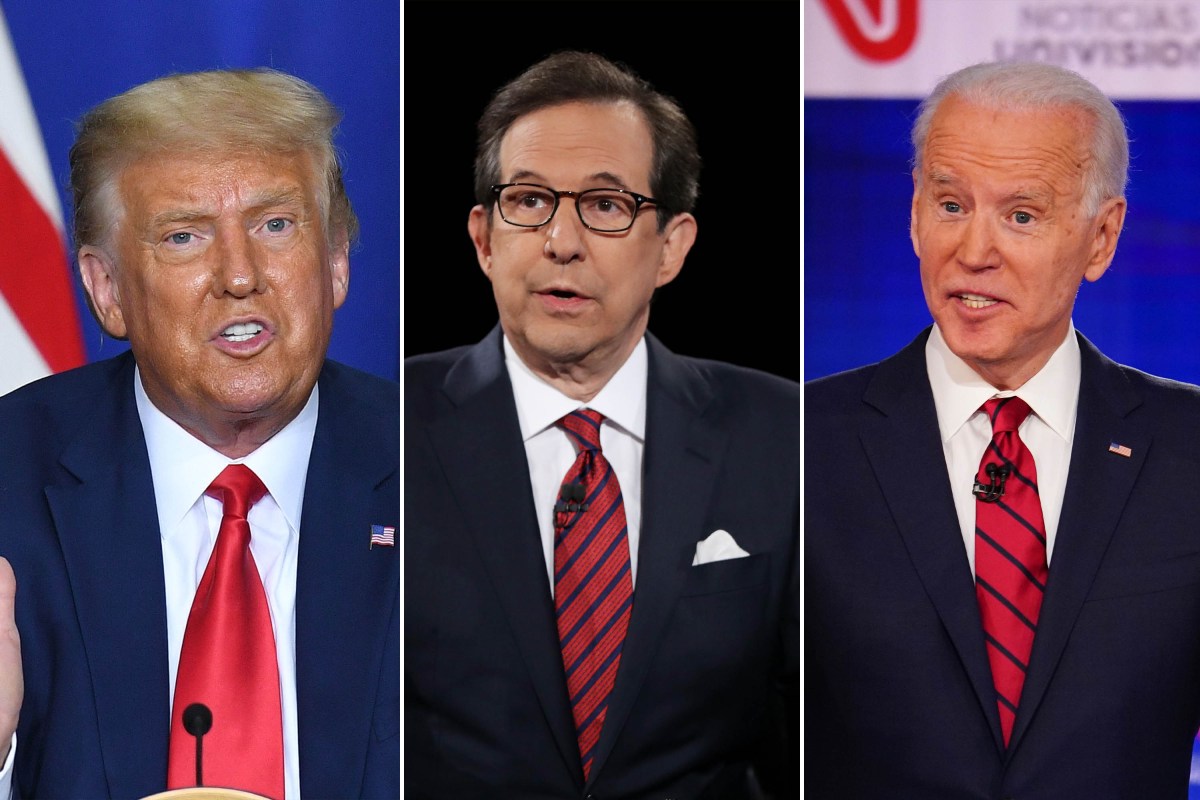 The campaigns of President Trump and Joe Biden have hammered out the rules for their first debate next week in Cleveland, with both camps accepting a notably scaled-down affair as a precautionary measure during the COVID-19 pandemic.

There will be no pre-debate handshake, and no post-debate spin room for surrogates to put the best face on their candidate’s performance. Trump, Biden and debate moderator Chris Wallace will all forgo masks as well during the Tuesday debate, which begins at 9 pm., Politico reported.

The debate audience will also be significantly pared down to between 75 and 80 people, all of whom will be given coronavirus tests before they enter the debate hall.

Trump will take the first question, a decision that was determined by coin toss. The event will run for 90 minutes with no commercial breaks.

Debate topics will include: the Trump and Biden Records, The Supreme Court, COVID-19, The Economy, Race and Violence in our Cities and The Integrity of the Election, according to a press release from the commission on presidential debates.

The topics were selected by Wallace. Two additional debates are planned before Election Day voted are cast on Nov. 3.