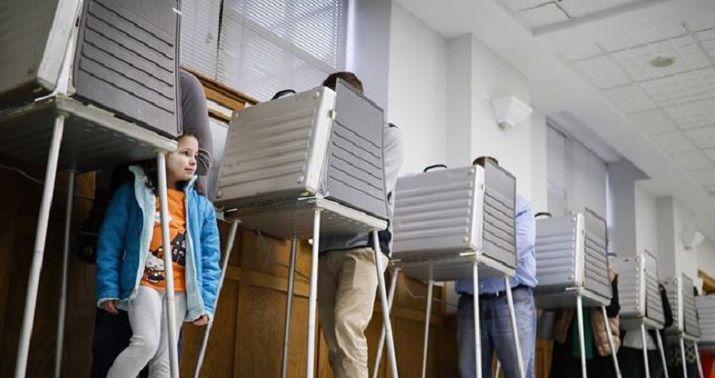 This was to be the first presidential election without the option for voters to cast a straight-ticket ballot in Texas. During the 2017 legislative session, the Texas legislature ended straight-ticket voting. A last-minute amendment to the legislation delayed its implementation until this year’s general election. Late Friday, U.S. District Judge Marina Garcia Marmolejo threw another wrench into the plan.

It’s less than three weeks until early voting begins in Texas. Ballots are already in the mail for those who are voting by mail. Some eager voters have already returned their ballots, votes cast. This last-minute change puts an unexpected burden on local and state election officials. Voting machines will have to be recalibrated and ballots will have to be reprinted. Judge Marmolejo doesn’t care about all that. There’s a coronavirus out there, you know, and Democrats are using it to their advantage. The judge says eliminating straight-ticket voting during a pandemic will slow voting down and increase lines of voters waiting to cast a ballot. Therefore, the risk of catching the virus increases, she reasons.

She also noted that the new law would “impose a discriminatory burden” on black and Hispanic voters and “create comparatively less opportunities for these voters to participate in the political process.” So, not only will the law make voters actually think before voting in an election instead of just pulling a lever for straight-ticket voting but it’s too much of a burden for minority voters to figure out which candidates they support. This ruling reads as though the judge – an Obama appointee and a naturalized citizen herself – thinks Democrat voters are slow and stupid. I single out Democrat voters because the Democrat Party thinks eliminating straight-ticket voting benefits Republican voters. Democrats even sued to get straight-ticket voting back but lost in court. Until Friday.

The Texas Association for Retired Americans, a group named as plaintiffs in the lawsuit, would be endangered without straight-ticket voting so concern for their health “outweighed by the inconveniences resulting.” Make no mistake, this is a biased political judgement. Republicans want to encourage voters to make informed decisions about candidates instead of just mindlessly pulling a lever for one party down the ballot. The Texas Legislature is Republican-controlled. Most states don’t even allow straight-ticket voting. Texas Democrats claim it helps Democrat voters.

Most states don’t allow for one-punch voting, but its elimination in Texas met intense opposition from Democrats, who fear the change will be most felt among voters of color and lead to voter drop-off, particularly in blue urban counties that have the longest ballots in the state. In Harris County, for example, ballots can go on for pages because of the number of state district judges and other local officials up for election. Democrats worried that having to vote on each individual race would slow people down, causing longer lines at the polls.

Over the past four presidential elections, one-punch voting has generally proved more popular among Democrats in Texas’ 10 largest counties. About two-thirds of people who voted in Texas in the 2018 general election used the straight-ticket option.

Talk about low expectations. Democrats sure don’t think too highly of their voters. When Democrats first sued to bring back straight-ticket voting last March, Judge Marmolejo dismissed the case. Another lawsuit was filed by the state Democrat Party but they dropped out of the lawsuit when the Texas Association for Retired Americans joined as plaintiffs. The judge knew that overruling the new law was wrong. Yet, now she has and is blaming the coronavirus. Democrat leadership is cheering, anticipating victories in November down-ballot as they experienced in 2018. Harris County (Houston), for example, turned solid blue for the first time. Texans have been keeping track of multiple lawsuits this year over the general election.

Multiple voting cases have ended up in court in Texas in the months since the coronavirus pandemic began. Democrats sued to expand eligibility for mail-in voting, but those attempts have failed so far. Meanwhile, in July, Gov. Greg Abbott added six days to the early voting period, moving the start date up to Oct. 13 from Oct. 19, citing the contagion. He is facing a lawsuit over the extension from members of his own party.

The constant claims from Democrats that voting is made too difficult in Texas is malarkey. This year, because of the coronavirus, early voting has been expanded to the longest period there has ever been. The number of voting locations across the state has tripled. Huge sports stadiums are being turned into voting centers. This latest ruling by a Democrat appointee is being made to favor Democrats in a year where the hopes of Texas Democrats are high that they will finally turn Texas blue again, after more than two decades of Republicans holding all statewide offices. They expect Democrat voters to pull the lever for Biden and vote all the way down the ballot for Democrats with a single motion.

We’ll see if Republicans appeal this ruling. President Trump will win Texas in November. Biden and the Democrats may make continued inroads into turning Texas purple but it won’t be a blue state on November 4. The real push by Democrats this election is to turn over the Texas Legislature to the Democrat control. Straight-ticket voting will help them with that goal but there is no certainty they will be successful with that this year.