NASA astronaut’s voting plan is out of this world 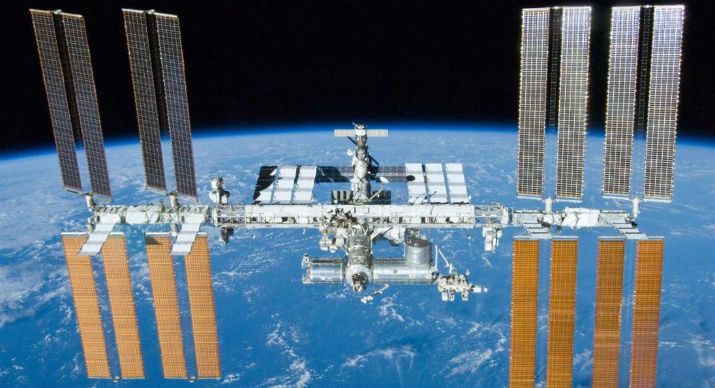 Why let a little detail like being more than 200 miles above earth interfere with exercising your right to vote? NASA astronaut Kate Rubins isn’t going to let a little thing like being at the International Space Station get in her way of voting in the election in November.

Right now Kate is in Star City, Russia preparing with two cosmonauts for a mid-October launch. They will have a six-month stay at the International Space Station.

“I think it’s really important for everybody to vote,” Rubins said. “If we can do it from space, then I believe folks can do it from the ground, too.”

“It’s critical to participate in our democracy,” Rubins said. “We consider it an honor to be able to vote from space.”

NASA makes it easy for astronauts working in space to vote. Most astronauts live in the Houston area. A 1997 Texas law allows astronauts to vote from space using a secure electronic ballot. The ballot is forwarded by Mission Control to the space station. Then the completed ballot is relayed to the county clerk’s office. This isn’t Rubins’ first time to vote from space. She cast an absentee ballot in the 2016 presidential election. She and astronaut Shane Kimbrough voted from the International Space Station. Kimbrough voted on Election Day. Kimbrough arrived at the space station in mid-October that year. He said at the time it would be special to say he voted from space.

By the time he’s back on Earth in February, America will have a new commander in chief. Astronauts are “pretty much apolitical,” he told reporters last month. “And I’ll be glad to welcome the new president, whoever that is.”

The previous U.S. space station resident, Kate Rubins, also cast an absentee ballot from up there, before returning to Earth a week ago, according to NASA.

Kate will be doing some important research at the space station for the scientific and medical communities.

Rubins, the first person to sequence DNA in space, plans to work on a cardiovascular experiment and conduct research using the space station’s Cold Atom Lab.

While she’s there, she’ll celebrate the 20th anniversary of continuous human presence on the space station, and welcome the crew of the second SpaceX commercial crew mission, expected to arrive in late October.