NYT: Maybe a little anti-Catholicism is a good thing when it comes to Barrett 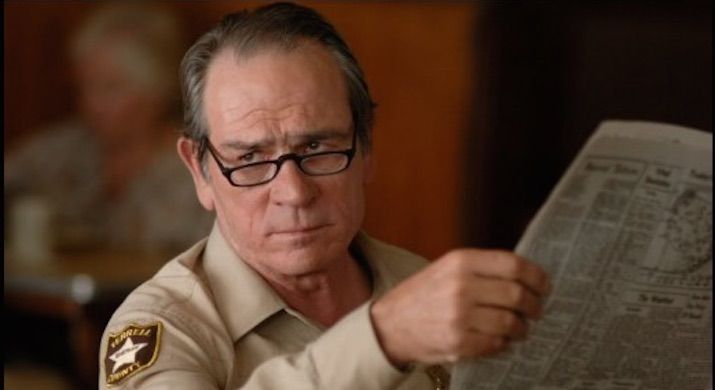 Just hours before Donald Trump will presumably announce his nomination of Amy Coney Barrett to the Supreme Court, the New York Times pushed out this attempt to rehab attacks on Barrett over her Catholic faith. Give Elizabeth Breunig this much credit — she manages to front-load the debunking of attacks on Barrett over the false People of Praise/”Handmaid’s Tale” connection. Dianne Feinstein’s comment, “the dogma lives loudly within you, and that’s of concern,” is called infamous.

However, all that is mere predicate to declare attacks on Catholicism fair game in a confirmation hearing, because of its “fundamental conflict” with “the American ethos”:

But the animosity faced by Catholics in today’s America has little in common with its direct predecessor. Real sex-abuse scandals have replaced the imaginary ones circulated in the lurid tracts of yesteryear. White Catholics are no longer subject to the religious bigotry that once animated vicious rumors and, occasionally, violent attacks on Catholics and their places of learning and worship. Rather than regenerating a long-vanquished prejudice, Ms. Barrett’s nomination has merely renewed attention to a fundamental conflict, centuries underway, between Catholicism and the American ethos. …

Roman Catholicism does not readily distinguish between public and private moral obligations. In the thought of John Locke, one of liberalism’s earliest architects, willingness to make that distinction was critical to participation in a tolerant society. “Basically,” the political theorist Jean Bethke Elshtain wrote in a 1999 essay, “Locke drew up a strong civic map with religion within one sphere and government in another. A person could be a citizen of each so long as that citizen never attempted to merge and blend the two.” Locke notably excluded Catholics from the religions meriting toleration because he suspected they could not be trusted to leave their faith in the appropriate sphere.

Locke’s concern was not entirely baseless.

I’ll say it wasn’t, but not in the way Breunig assumes. Locke lived and worked in a society which actively barred Catholics from openly practicing their faith privately or publicly, and which excluded them from civil rights on that basis. Catholics couldn’t even vote, let alone be elected to Parliament, and were barred from many professions. All due respect to Locke’s status as a philosophical giant, but in his time and place it was the Protestants that had a tough time being able to “leave their faith in the appropriate sphere.” In fact, the liberals in Great Britain wouldn’t begin to rectify their anti-Catholic bigotry until well after a century had passed after Locke’s death, and decades after the United States guaranteed freedom of religious expression for all faiths. Locke’s exclusion is a reflection of the bigotry and political animus of his time, not exactly a commendable quality, but one that Breunig for some reason embraces.

Breunig’s arguments suffer in the particulars, not just philosophically. She criticizes Catholics for their resort to the courts to carve out exceptions to regulations:

But Catholic institutions are another story: It is in their fortunes that Locke’s suspicions have proven most prescient. Roman Catholic schools have warred bitterly over their exemption from anti-discrimination employment statutes, scoring a win in a case argued before the Supreme Court as recently as this summer. Catholic hospitals have found themselves embroiled in court battles for refusing to perform or even discuss abortions, regardless of state or federal law. And, perhaps most famously, the Little Sisters of the Poor, an order of Catholic nuns that operates nursing homes for low-income seniors, fought the Affordable Care Act’s contraception mandate all the way to the Supreme Court, and won.

In each case, Catholic institutions have asked for exemptions to various laws, citing the First Amendment.

Ahem. Breunig seems unaware that Catholics are hardly alone in any of these issues. The most significant Supreme Court case on ministerial exceptions for church institutions was Hosanna Tabor, a 9-0 decision on behalf of a Lutheran school, not a Catholic school, and also on the basis of the First Amendment. Likewise, the Supreme Court and lower courts have decided against the HHS contraception mandate on behalf of non-Catholic churches as well as private business owners prior to their latest ruling on Little Sisters of the Poor. Hobby Lobby involved evangelical business owners, not Catholics. Masterpiece Cakeshop didn’t involve Catholics, either. Breunig also glosses over the core issue in Espinoza too, which was Montana’s Blaine amendment — an amendment that sprang from direct, explicit anti-Catholicism in the 19th century, and which exists in 37 state constitutions.

In short, Breunig accidentally demonstrates an animus, if not a bigotry, that goes beyond Catholicism. It extends to all Christians by her own use of examples, even if Breunig seems unaware of it, and truly to all faith. She sees the Lockean formula as one that keeps faith out of the public square altogether:

Generally, contemporary American Catholics aren’t particularly beholden to the church; as I wrote recently, the logic of partisanship has replaced the moral primacy of the faith. That means that, for most Catholics, their religious beliefs never clash with their civic interests in a disruptive way.

That concept of “spheres” was specifically rejected by the framers of the Constitution — men who descended either directly or culturally from heterodox faith communities and knew the isolation created by government exclusion that resulted from it. They saw the Lockean sphere issue quite differently: the sphere should restrain government from interfering in religious expression, not the other way around. The proper way to do that was to carefully delineate the jurisdiction and power of government to keep it from trampling on areas of religious expression, and then to guarantee the latter explicitly. A properly constituted government would therefore not care whether someone was Catholic or Protestant, because such a government would not intrude on their religious expression either privately or publicly and not create the conflicts in the first place.

Breunig and the NYT wants to rehabilitate anti-Catholic bigotry to damage Barrett’s nomination, but more broadly they want to promote anti-religious bigotry to clear the way for government dominance. The founders understood the consequences of that better than Breunig does.