This day in baseball history: The Pirates take charge of the NL East 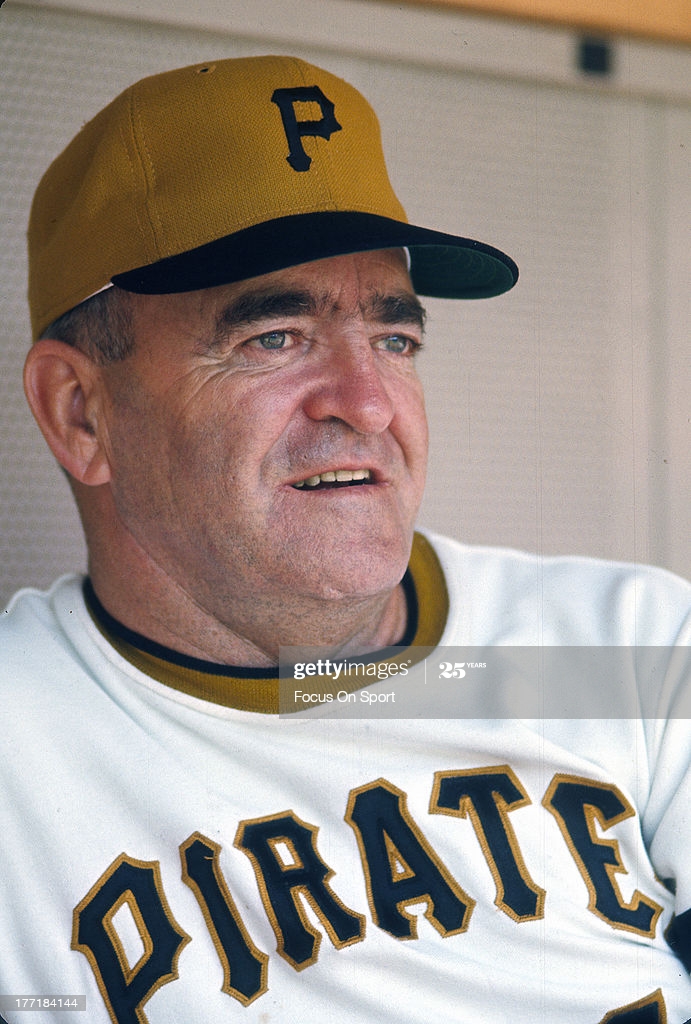 In 1970, the only tight baseball race occurred in the NL East. It involved three teams: the Pittsburgh Pirates, the Chicago Cubs, and the defending champion New York Mets.

On Friday, September 25, the Mets came to Forbes Field (where they had started the season on a raucous occasion more than five months earlier) for a three game series with the Bucs. A sweep by the Mets would put them in first place. Unless the Mets won at least two of the games, they would be all but eliminated from the race.

The starting pitchers on Friday night were Jerry Koosman for New York and Bob Moose for Pittsburgh. Koosman, who had battled injuries, was well off his 1969 form, but still one of the best pitchers in the National League. Moose was the very definition of an average pitcher, with an 11-10 record and an ERA of right around 4.00.

The Mets couldn’t do much with Moose through the first four innings. In the fifth inning, a desperate Gil Hodges lifted Koosman for a pinch hitter, Dave Marshall. But with two on and one out, Marshall struck out. Tommie Agee then popped out to end the threat.

The Mets were still trailing 2-0 entering the top of the seventh inning. Moose gave up a walk to Ken Boswell and a single to Jerry Grote, to begin the inning.

Manager Danny Murtaugh promptly removed Moose, who was working on a shutout and had given up only four hits. On came Dave Giusti, the Pirates’ ace reliever.

Giusi struck Bud Harrelson, but pinch hitter Ed Kranepool singled to drive in Boswell. Agee followed with a single to load the bases. Giusti then walked Wayne Garrett to send home Grote with the tying run.

Murtaugh had seen enough of Giusti. He called on Jim “Mudcat” Grant.

Grant had seen it all in a big league career that began in 1958. Once a 21-game winner for the Minnesota Twins, he was now a relief pitcher. The Pirates, his seventh MLB team, had recently obtained him from Oakland in exchange for a player to be named later (Angel Mangual, it would turn out to be).

Grant had been fabulous for Oakland, pitching to an ERA of 1.82 in 123 innings with 24 saves. He had been even better for the Pirates, albeit in only five appearances in non-save situations (Giusti remained the main man in that bullpen).

Grant had joined the Pirates too late to be eligible for post-season play. His job was just to help get the Bucs that far.

On this occasion, Grant induced a double play grounder from Cleon Jones to end the inning. Grant had done his job, but the game was now tied 2-2.

Hodges needed a new pitcher to face the Pirates in the bottom of the seventh. He called on another former Minnesota Twins 20-game winner, Dean Chance. Like Mudcat, Chance was a new acquisition. The Mets had purchased him from Cleveland a week earlier. Unlike Mudcat, Chance hadn’t been all that effective in the American League in 1970.

Hodges countered by bringing on Tug McGraw, a lefty (albeit one with reverse splits) to face a lefty (one who struggled against southpaws). Perhaps Hodges should have gone with McGraw to begin the inning. However, McGraw had worked 1.2 innings on Wednesday, so it’s understandable that Hodges didn’t want him to work three more innings on this day. Chance, he had hoped, would be a bridge to McGraw.

Murtaugh countered Hodges’ pitching change by sending up righthanded hitting Gene Clines to bat for Oliver. McGraw retired Clines on a ground ball to second base. Jeter stayed at third.

But Alou broke the tie with a single to left. Cash grounded out to end the inning. The Bucs were back on top, 3-2.

With Grant out of the game, Murtaugh brought in John Lamb. The Mets nearly scored in the top of the eighth off of the rookie reliever, but Stargell threw out Boswell at home plate. Boswell was trying to score on a two out single by Harrelson.

The Pirates tacked on a run in the bottom of the eighth off of McGraw. Stargell drove home the run following a single by Sanguillen and a walk to Bob Robertson.

Lamb had a two run lead entering the ninth inning, but the Mets quickly threatened it. Ron Swoboda walked to lead off the inning and the next batter, Agee, doubled him home. It was now 4-3 Pirates, with a Met runner on second and nobody out.

Murtaugh then went to the bullpen for the fourth time, calling on veteran lefthander Joe Gibbon to face the lefthanded hitting Garrett. By this point in his career, Gibbon, a former starter for San Francisco, was a reliever who specialized in getting lefthanded batters out. Lefties were batting only about .200 against him. Righties were batting 100 points higher.

That brought up the dangerous Cleon Jones, another righty. Gibbon got him on a fly ball.

Art Shamsky was next up. He was a lefty who struggled, and rarely faced, southpaw pitchers. Hodges, though, was out of good pinch hitting options.

Gibbon struck Shamsky out. Inexplicably, Agee was running with two strikes. Sanguillen threw him out at third base, where one is never supposed to make the third out and certainly not when one represents the tying run in the ninth inning.

Donn Clendenon in the on deck circle, who feasted on lefthanded pitching, never got a shot to tie or win the game. The Bucs were 4-3 victors.

While all of this was going on, the Phillies beat the Cubs, 5-3, in Philadelphia. Rick Wise went the distance for the Phillies for whom Tim McCarver and Don Money homered.

Thus, at the end of the day on Friday, Pittsburgh led the Mets and the Cubs by 3.5 games, with only 5 games remaining for the Bucs and 6 for both of their rivals.

The Pirates beat the Mets by that same 4-3 score the next day, Saturday, with Mudcat Grant picking up the win. The Cubs lost again that day to the Phils.

On Sunday, Pittsburgh clinched the division crown with yet another one run victory over New York. Doc Ellis bested Jim McAndrew 2-1, with Giusti getting the save.

The Pirates were headed to the post-season for the first time since Murtaugh memorably had led them there in 1960.