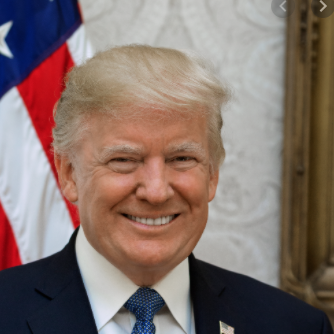 We wrote here about President Trump’s order of September 4, banning “critical race theory” training in the federal bureaucracy. On Tuesday, he issued a new order that extends the ban to the uniformed services and to all federal contractors, a vast universe.

Once again, the order is a thing of beauty:

Today, however, many people are pushing a different vision of America that is grounded in hierarchies based on collective social and political identities rather than in the inherent and equal dignity of every person as an individual. This ideology is rooted in the pernicious and false belief that America is an irredeemably racist and sexist country; that some people, simply on account of their race or sex, are oppressors; and that racial and sexual identities are more important than our common status as human beings and Americans.

This destructive ideology is grounded in misrepresentations of our country’s history and its role in the world. Although presented as new and revolutionary, they resurrect the discredited notions of the nineteenth century’s apologists for slavery who, like President Lincoln’s rival Stephen A. Douglas, maintained that our government “was made on the white basis” “by white men, for the benefit of white men.” Our Founding documents rejected these racialized views of America, which were soundly defeated on the blood-stained battlefields of the Civil War. Yet they are now being repackaged and sold as cutting-edge insights. They are designed to divide us and to prevent us from uniting as one people in pursuit of one common destiny for our great country.

Unfortunately, this malign ideology is now migrating from the fringes of American society and threatens to infect core institutions of our country. Instructors and materials teaching that men and members of certain races, as well as our most venerable institutions, are inherently sexist and racist are appearing in workplace diversity trainings across the country, even in components of the Federal Government and among Federal contractors. For example, the Department of the Treasury recently held a seminar that promoted arguments that “virtually all White people, regardless of how ‘woke’ they are, contribute to racism,” and that instructed small group leaders to encourage employees to avoid “narratives” that Americans should “be more color-blind” or “let people’s skills and personalities be what differentiates them.”

Training materials from Argonne National Laboratories, a Federal entity, stated that racism “is interwoven into every fabric of America” and described statements like “color blindness” and the “meritocracy” as “actions of bias.”

Materials from Sandia National Laboratories, also a Federal entity, for non-minority males stated that an emphasis on “rationality over emotionality” was a characteristic of “white male[s],” and asked those present to “acknowledge” their “privilege” to each other.

A Smithsonian Institution museum graphic recently claimed that concepts like “[o]bjective, rational linear thinking,” “[h]ard work” being “the key to success,” the “nuclear family,” and belief in a single god are not values that unite Americans of all races but are instead “aspects and assumptions of whiteness.” The museum also stated that “[f]acing your whiteness is hard and can result in feelings of guilt, sadness, confusion, defensiveness, or fear.”

All of this is contrary to the fundamental premises underpinning our Republic: that all individuals are created equal and should be allowed an equal opportunity under the law to pursue happiness and prosper based on individual merit.

This is a good thing, obviously. But how much difference will it make? None, I think, unless President Trump is re-elected. For now, federal contractors no doubt will stall, waiting to see what happens in November (or December, as things are shaping up). If Joe Biden wins, these executive orders won’t survive the first week of his administration.

In the meantime, they deserve to be a campaign issue. It would be nice if a reporter would ask Joe Biden whether he agrees with the orders barring training in such “divisive concepts,” but of course that won’t happen. Still, for the minority who pay attention, the issue is clarifying: Donald Trump and the Republicans are pro-American, Joe Biden and the Democrats are anti-American. It really is that simple.