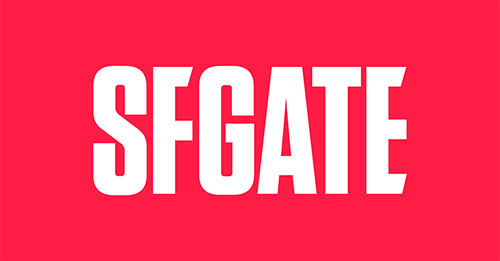 Each week has brought evidence of the damage President Donald Trump has done during his nearly four years in office. According to his own words, he is not finished. This past week brought a renewed warning of a harm he could yet inflict on the integrity of elections.

The president did more than simply refuse to pledge that he would facilitate a peaceful transfer of power if he loses to former vice president Joe Biden, though that in itself was a step no previous president has taken. In doing so, he escalated his ongoing attack on mail-in ballots, seeding the ground to contest the election as rigged or fraudulent if he is not the winner and to propel the country into chaos.

Perhaps what Trump said merely reflected the mind-set of a president who knows he is running behind in his bid for a second term, one more rhetorical flailing to somehow throw the opposition off balance and to distract from the real reasons for Biden’s lead in the polls. But this close to the election, anything Trump does to question the validity of the count should be regarded as serious and treated as such.

Republicans who normally stand by idle when the president says or does something outrageous pushed back against his words – though, notably, nearly all were careful neither to rebuke nor condemn the president personally. They simply pointed to a long history of peaceful transfers from one presidency to the next and stood up for the Constitution, which is the minimum expected of elected officials who have sworn an oath to defend that document.

The president’s Republican allies in Congress, however, were not necessarily the principal audience for what he said about challenging the vote, nor are they the people whose views he cares about most. Instead, his attempt to discredit mail-in ballots as a way to challenge a possible Biden victory is aimed at rallying his own army of supporters, prepping them to respond, if necessary, with protests or perhaps worse if he challenges vote tabulations – and therefore the results – in the days after the election.


If any people believed that the president was just letting off steam when he declined to pledge a peaceful transfer of power, they can look to something White House Chief of Staff Mark Meadows said after FBI Director Christopher Wray had testified before a Senate committee that he knows of no evidence of “any kind of national voter fraud effort in a major election, whether it’s by mail or otherwise.”

Wray’s comments were the latest in a string of statements from all kinds of election and security experts debunking Trump’s claims about mail-in ballots being rife with fraud. Meadows, however, chose to challenge the FBI director during an interview Friday on CBS’s “This Morning.” “With all due respect to Director Wray,” he said, “he has a hard time finding emails in his own FBI, let alone figuring out whether there’s any kind of voter fraud.”

That was not a chief of staff trying to retract a president’s words or clean up after a mistake. What he said in attacking Wray was meant to reinforce the message the president continues to deliver.

Or look to what White House press secretary Kayleigh McEnany said earlier. “What we want election night to look like is a system that’s fair, a situation where we know who the president of the United States is on election night,” she said. “That’s how the system is supposed to work. And that’s ultimately what we’re looking for and what we’re hoping for.”

Attorney General William Barr has added his voice to the campaign against mail-in ballots, saying they mean an end to the sanctity of the secret ballot – and ignoring the steps states take to protect the secrecy of votes cast that way. This past week, Barr told the president about discarded mail-in ballots in Pennsylvania, which the president claimed was evidence of fraud.

People do want to know who wins the presidency as soon as possible, and generally that’s been on the night of the election or by early next day. But that was in years when nearly everyone voted in person on Election Day. In recent years, more Americans have chosen to vote ahead of the election at designated early-voting sites.

This year, because of the coronavirus pandemic, millions of Americans are reluctant to vote in person, whether on the day of the election or during specified early-voting windows. They prefer to mark their ballots without having to be in places with other people. As a result, there has been a surge in requests for mail-in ballots. Trump appears to fear that the more people who vote, and the easier it is for people who fear the virus to do so safely, the less chance he has to win the election.

No matter the exact system, the processing and counting of these ballots is more laborious and therefore slower. California is a case in point, a state where the counting can go on for days and possibly weeks. In 2016, Hillary Clinton saw her vote totals rise steadily after the week of the election, eventually amassing a popular vote margin of nearly 5 million votes in the state. In 2018, California Democrats captured House seats with the votes that were tabulated days after the election, including two in which Republicans were leading the day after the election.

The scenario that could play out on the night of the election is simple. In the hours after the polls close, Trump could appear to be winning in some of the states that will decide the election, even though tens upon tens of thousands of ballots will not have been counted.

At that point, as he did with a tweet during the 2018 U.S. Senate race in Arizona, Trump could attempt to call a rhetorical halt and claim that whatever happens next is a sign of fraud or evidence of a rigged count. The tabulating will continue, but how will his loyalists react if he cries foul?

To suggest this is all just mischief-making by the president is to understate the potential maliciousness of what he is attempting to do. He seeks to disqualify voting in states where all voters are being sent mail-in ballots, which he claimed, without evidence, in a recent tweet means they are open to “ELECTION INTERFERENCE by foreign countries” that will lead to “massive chaos and confusion.”

Facing possible defeat in November, the president also recently tweeted that this year’s election “may NEVER BE ACCURATELY DETERMINED” because of mail-in ballots. In another tweet he claimed, “RIGGED ELECTION in waiting.” At a rally in Wisconsin last month, he said, “The only way we’re going to lose this election is if the election is rigged.” On Friday night in Virginia, he said, “We’re not going to lose this except if they cheat.”

If Trump loses the election and then moves to discredit the results in the face of no evidence of widespread fraud, the country will be confronted with one more crisis of his presidency – one that will have been unfolding in plain view.