‘Brilliant’ Amy Coney Barrett should run for president instead of Biden, Trump says 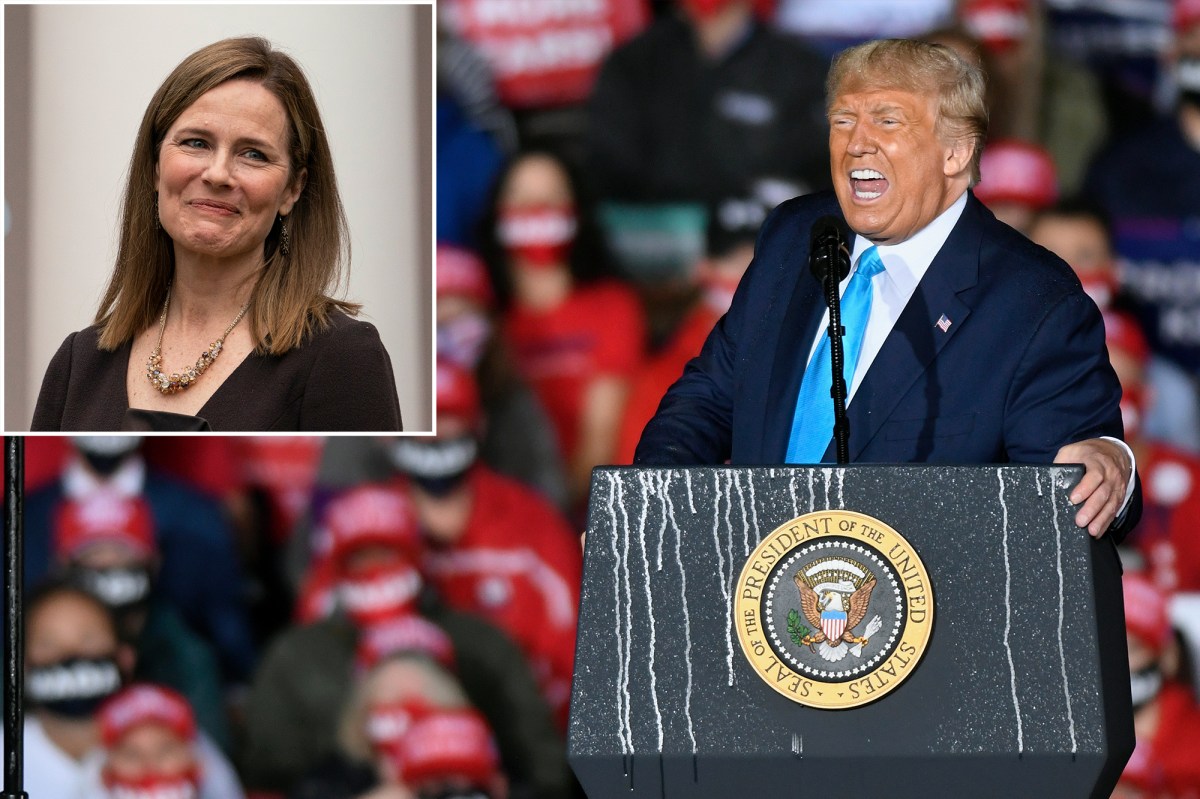 Judge Amy Coney Barrett is so “brilliant” she should run for president instead of Joe Biden, President Trump joked at a campaign rally Saturday night.

“You know, one of her professors said she was the greatest student he ever had,” Trump told a cheering crowd in Harrisburg, Pa.

“She should be running for president! It’s a little better academically, slightly better,” he added.

Trump boasted of appointing three judges to the highest court, along with hundreds more federal judges to benches across the country.

“Most important of all,” he said of Barrett, she will defend your God-given rights and freedoms,” he told his crowd.

Senate Republicans have the votes to confirm Barrett when hearings on her nomination start during the week of Oct. 12.

Democrats are expected to argue that Ginsburg’s successor is being rushed into place too soon before the 2020 presidential election, and will likely strive to delay — or even derail — the proceedings.