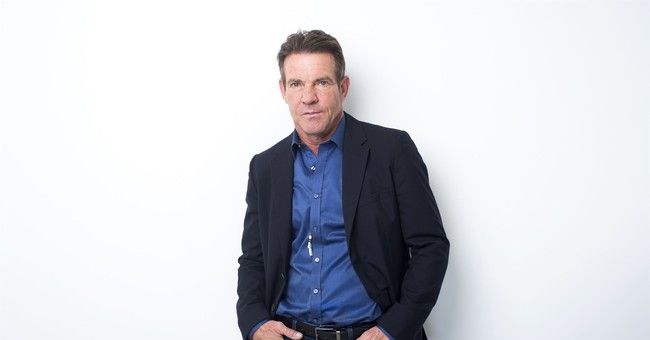 The Health and Human Services Department (HHS) is working on a massive advertising campaign to “defeat despair” about the coronavirus. It is a $300 million-plus effort paid for by the American taxpayer. President Trump ordered the campaign to address the administration’s handling of the virus. It is set to start airing before Election Day, November 3.

Michael Caputo, the health department’s top spokesperson, now on medical leave, said the president himself demanded he pursues the public awareness campaign. Democrats are not happy about this development and are investigating it. Democrats claim it is a political move to boost Trump’s standing on the coronavirus before the election. They have not been unsuccessful in their attempt to halt the HHS contract for the project. HHS defends the campaign as educational.

HHS has defended the campaign as proper and insisted that it will not be co-opted by political pressures. “There is no room for political spin in the messages and materials designed by HHS to help Americans make informed decisions about the prevention and treatment of Covid-19 and flu,” said Mark Weber, a career HHS public affairs official, in a statement. Caputo delegated the project to Weber before taking medical leave.

The White House did not respond to questions about the campaign’s goal, referring questions to HHS. Two officials said it was not accurate that Trump “demanded” that Caputo work on the project.

The money for the campaign is being taken from CDC, among other health agencies, so some officials are concerned about that due to the fact that the coronavirus is still with us. One former Obama staffer noted that the CDC hasn’t even done an information campaign. He inadvertently, I assume, shined a light on the general ineptness shown by the CDC in the pandemic while trying to own the Trump administration.

“CDC hasn’t yet done an awareness campaign about Covid guidelines — but they are going to pay for a campaign about how to get rid of our despair? Run by political appointees in the press shop? Right before an election?” said Josh Peck, a former HHS official who oversaw the Obama administration’s advertising campaign for HealthCare.gov.

“It’s like every red flag I could dream of,” Peck added.

That’s rich criticism coming from the guy who oversaw advertising for the disastrous roll-out of Obamacare. You’d think he’d just take a seat and let this one go, right? The idea is that the media and Democrats are focused on bad news and not covering hopeful news as much as the not so good news. As can be expected, the liberal-leaning Politico published a long piece about the ad campaign with an emphasis on criticism from Democrats. The criticism includes subcontractors, specifically a longtime business partner of Caputo’s.

Meanwhile, Caputo’s team used the Food and Drug Administration to fund a separate $15 million contract that quickly moved forward last month while the larger $250 million contract was still being hammered out.

The $15 million contract, which has not been previously reported, was officially awarded to Atlas Research on Aug. 26. An FDA spokesperson said that the funding for the contract was provided by HHS and the contract is being overseen by HHS.

As part of the contract, HHS recommended that Atlas use a subcontractor firm called DD&T, according to spokespeople for Atlas and the federal government.

HHS identified DD&T “as a potential organization with the qualifications required by the government,” Weber said, declining to specify who at HHS chose the subcontractor.

DD&T is also a firm run by Caputo’s longtime business partner, Den Tolmor, who has now spent weeks working to produce the government’s videos, said five people with knowledge of the arrangement. Tolmor was Caputo’s client as recently as April 2020, compensating Caputo at least $5,000 per year to handle his public relations, according to a copy of Caputo’s ethics disclosure form obtained by POLITICO. The two men also went into business together to launch a video streaming platform and other services in 2017 and 2018.

Who knew the people in the swamp did swampy things? Anyway, the ad campaign is involving celebrities and public figures to deliver public service announcements (PSA). All are considered Trump-friendly people.

In one video recorded this month, infectious-disease expert Tony Fauci was paired for a conversation with Dennis Quaid, the star of “The Big Easy” and the upcoming “Reagan,” among many other films, who had publicly praised Trump’s handling of coronavirus earlier this year. Meanwhile, Surgeon General Jerome Adams last Friday was matched up with gospel singer Winans, who has dealt with several family members, including her well-known brother BeBe Winans, falling ill from Covid-19.

“[A]t the request of HHS, Dr. Fauci did an interview with Dennis Quaid for a PSA campaign,” said a spokesperson for his agency, the National Institute of Allergy and Infectious Diseases. The spokesperson said the agency was not privy to further details and referred questions to HHS.

Caputo’s team also has considered involving well-known figures like Dr. Oz and other members of the President’s Council on Sports, Fitness & Nutrition, an advisory board of athletes and celebrities that is overseen by HHS, said three individuals with knowledge of the planning. One official said that Oz would be a particularly good fit in the campaign because of his medical credentials and previous conversations with Trump and senior appointees.

Public health experts have critiqued Oz’s praise for hydroxychloroquine, a malaria drug that Trump favored to fight coronavirus despite scant evidence, and some of the TV doctor’s other pronouncements about handling the outbreak that they say are not grounded in science.

Officials also have discussed the participation of musician Garth Brooks, whose daughter tested positive for coronavirus this summer, for a potential role in the advertising campaign, said two people with knowledge of the plan. Representatives for Brooks did not respond to request for comment.

The use of well-known figures is common in advertising. Quaid has some experience in activism in health care. His twins suffered life-threatening reactions to an inappropriate drug administered to them in the hospital. He and his wife at the time founded The Quaid Foundation dedicated to helping minimize medical mistakes. The PSA videos will likely be deployed to reach specific demographics. For example, the video with CeCe Winans and Surgeon General Adams will likely go to urban areas to address questions from black communities.

A representative for Winans confirmed her involvement in the videos, praising Adams for his part in the conversation.

“She volunteered her time participating in the PSA and was happy to do so because of her concerns about how Covid has and is impacting the African American community,” Chaz Corzine, a spokesperson for Winans, wrote in an email to POLITICO.

This story strikes me as a very 2020 type of story. The year has been so horrible for most American, thanks to the coronavirus pandemic, that the government feels the need to do an ad campaign to reassure people that all hope is not lost. We can get through this. Perhaps this latest bit of information from the CDC will ease some fears: