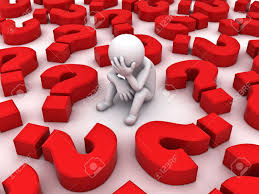 It turns out that there was some truth to the Russian collusion we heard so much about over the past four years. Employing several cutouts including the Perkins Coie law firm, the Clinton campaign and the Democratic National Committee colluded with a suspected Russian spy to trash Donald Trump and give the FBI what it wanted to spy on the Trump campaign and undermine the Trump presidency. On that score, mission accomplished.

It is a shocking story on which we have long had a handle. This past week, however, the picture came into sharper focus with newly declassified evidence regarding the key source for the lurid allegations of the Steele Dossier. See Eric Felten’s RCP column “Dossier Source Was a Suspected Russian Spy, and the FBI Knew It When It Spied on Carter Page” and Andrew McCarthy’s NR column “Steele’s Dossier Source Was a Suspected Russian Spy.”

This is the biggest political scandal in American history — and the most prominent organs of the mainstream media as well as many of their lesser lights are complicit in it. It goes to the top of the Obama administration and implicates the Democratic presidential nominee. As of this moment, however, they all go on their merry way. Whether any protagonist will every pay a price remains at best an open question.