Hollywood not good enough? Meghan Markle reportedly now wants to be US president 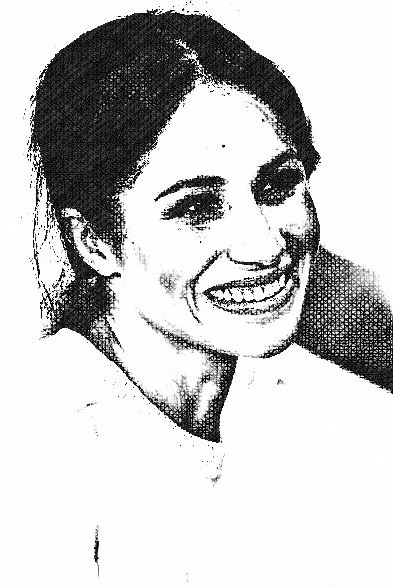 Forgetting who she is, Meghan Markle, duchess of Sussex, has decided she’d also like to become president of the United States.

Here’s the retch-inducing story as reported by Page Six of the New York Post:

“One of the reasons she was so keen not to give up her American citizenship was so she had the option to go into politics,” the unidentified friend told the mag.

“I think if Meghan and Harry ever gave up their titles she would seriously consider running for president,” the friend added of rumors of a 2024 run.

Her biographer, Omid Scobie, also previously claimed that the former actress “has her eyes set on the US presidency.”

“Meghan is the embodiment of the American dream. One day we may see Meghan become president,” the author of “Finding Freedom: Harry, Meghan and the Making of a Modern Royal Family” previously told a documentary, Vanity Fair said.

Seems that with duchess titles coming easily, shouldn’t presidential ones, too?  All she has to do is smile pretty…and speak woke, and the American voters will be drooling for her.

Her foray into U.S. politics is getting particularly unseemly for someone who hasn’t renounced her title of duchess.  First she started hanging out with Michelle Obama, “teaming up for female empowerment” as the press release, I mean USA Today article, put it.  Then she gets a lucrative Netflix deal, too, kind of like what the Obamas got.  Then she puts her husband, Prince Harry, in an embarrassing position by making a get-out-the-vote “public service” announcement, insisting that the election of 2020 would be “the most important election of our lifetimes,” which was clearly targeted at President Trump.  She did her husband Harry, who has never voted in his life, a tremendous disservice by shoving him into that.  After all, a quick read of the Declaration of Independence has some particularly harsh words for the British king, leaving him open to becoming the butt of humor in the U.S. as a result.  She dragged him into that because what Meghan wants, Meghan gets.  Then she’s floated “weather balloons” from so-called royal experts about running for seats in Congress, as well as the presidency itself.  Now she’s making a joint appearance with Kamala Harris at some kind of woman-empowerment event and making unsolicited cold calls to potential voters who apparently will respond to celebrity appeal.  Gee, if Meghan told me to vote and how to vote, then I just have to vote, right?

And gee, wouldn’t the Democrats, now in the throes of open socialism in the age of queen bee Alexandria Ocasio-Cortez, think having a Hollywood duchess to front them is just the thing?

Why anyone here would want to vote for such a trashy ingrate is beyond us.  She first accepted a slew of honors of the queen of England, unusual ones, given that she was a commoner and an actress, no less, historically a disreputable profession, and then after taking those, as well as all the royal cash and servants for fancy cottages, etc., she decided they weren’t worth much to her; they were worth about as much to her as she paid for them, which was nothing.  She didn’t want to put in the work, she said, didn’t want to go cut opening ribbons at hospitals in Yorkshire, because let’s face it: it wasn’t as glamorous and feel-good as the Hollywood red carpet.  She reportedly said that being a duchess “wasn’t working” for her, signaling how unclear she was on the service component of being a royal.  That much is clear to Americans, so you can bet the Brits notice.

It’s likely significant that the queen and the other royals left Meghan’s picture off on all their Twitter birthday greetings to Harry on his 36th.  It very much sounds as though she’s persona non grata in those circles, and one can hope the snubs get louder.  The Brits know how to do this when they put their minds to it.

Now President Trump is openly mocking her, wishing Prince Harry “lots of luck because he’s going to need it” for having to be around her and her growing political ambitions.  That was her game all along, and poor Harry never knew what hit him.

Hollywood, it seems, isn’t good enough.  Nor was the British royal family.  Meghan, see, just really wants it all.  She likes power.