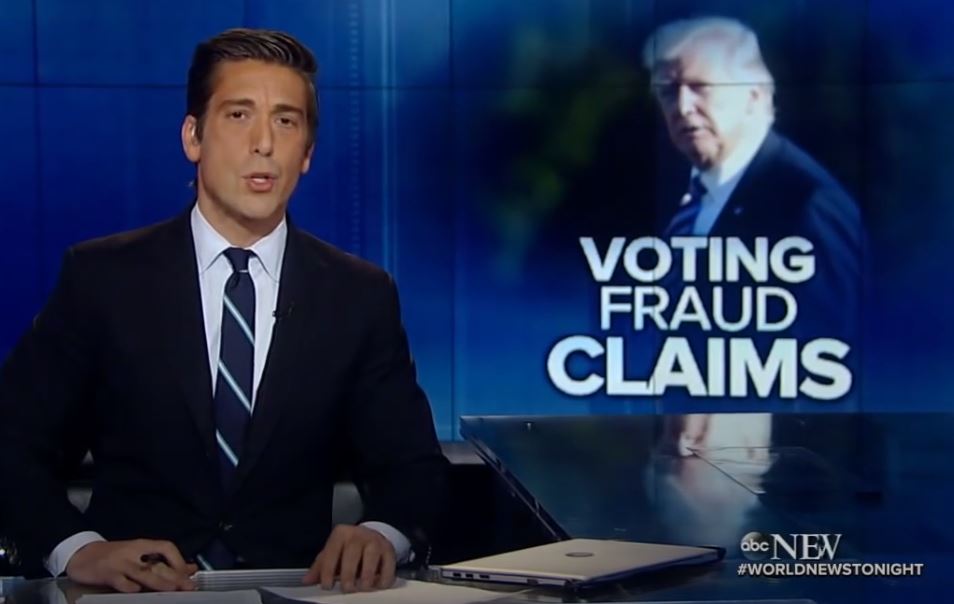 Mail-in voting, which is banned in most countries based on its huge potential for fraud (some of which came from bitter experience), has been promoted by Democrats and in the press, as risk-free.

President Trump’s effort to sound the alarm about the potential for mail-in fraud is always editorialized with the phrase with additives such as “without evidence,” or “pushing the false claim” as ABC News broadcast here.

“Of the 136 million voters in the last election, fewer than a dozen were alleged to have voted twice… ” the report claimed, helpfully citing a rare Trump voter who pleaded guilty to such a deed. The idea of course was to claim that only a Trump supporter would commit ballot fraud, something you’d think they’d be worried about, given their voting choices, but of course this isn’t about Trump voter fraud. The gaslighting that ballot fraud doesn’t exist is a Democrat bid to allow them to rig the election.  And the media is claiming zero danger: As if the tiny number of prosecutions in this age of prosecutors picking and choosing whom to prosecute as ‘priorities’ were proof of low ballot fraud. They seem to think we are naive.

Well, now Trump has busted apart their ‘narrative, with a long list of incidences which ought to give anyone pause.

According to Breitbart News:

The president cited the following stories, questioning the integrity and stability of the mail-in voting process:

The president also revisited the disastrous results of the 2020 Democrat Iowa caucuses.

“They still don’t really know who the winner is,” Trump said, referring to Iowa. “I think they called somebody eventually but it was many, many, weeks later.”

The president questioned whether Democrats should be meddling with how elections were being held in other states.

That’s a very long, precisely sourced, verified list, which signals a lot of this garbage going on. With huge amounts of power to be won (evidenced in the millions of dollars raised for congressional seats with paychecks of around $200,000), why wouldn’t there be people willing to cheat their way into power? Especially with the likelihood of getting caught pretty much zero?

The press will ignore it, until they can’t ignore it. But hard facts like this coming from Trump. who’s leading the bid to get rid of these gamy, fraudy practices that end up stealing elections and democracy is a very good look on him.

It’s always edifying to see him fight back, and on this, he fought back well.