In Pennsylvania Lies An Opening For The Economy, And Maybe For Trump 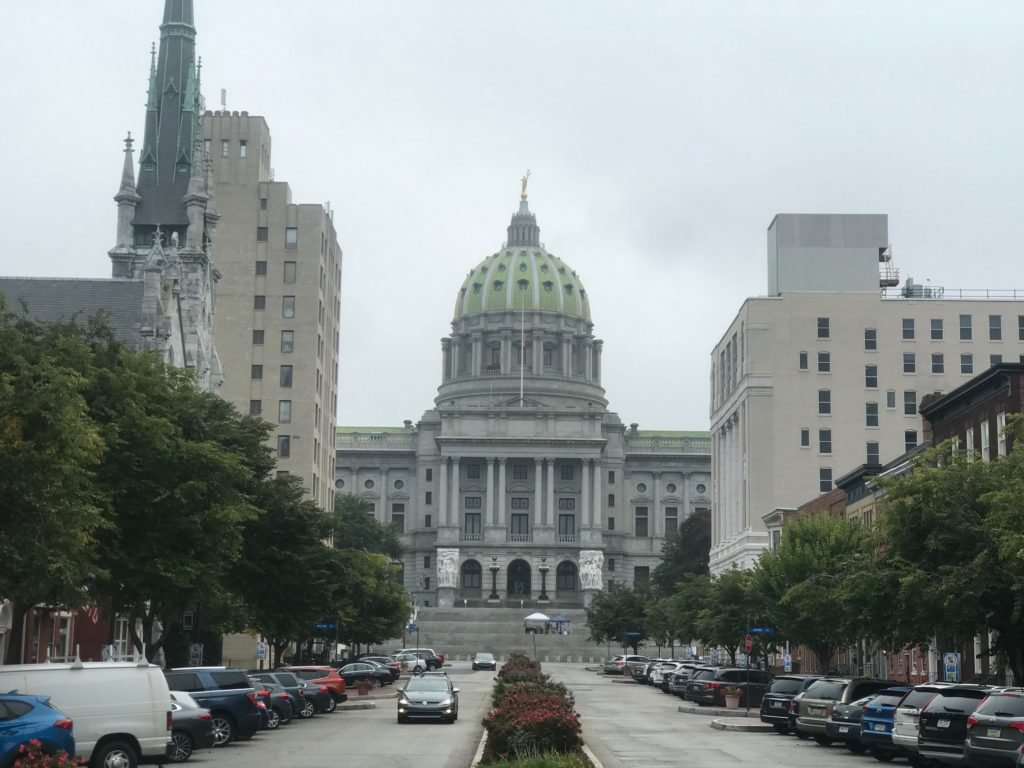 Last year, in the summer of 2019 I visited 24 states from coast to coast, talking to people about politics, the economy, and what was then still a distant election. This summer, 2020, I visited no states. In fact, I barely left Brooklyn thanks to the Chinese virus. It is only in the past few weeks that I have been able to return to my wild roving and see how the country outside of Gotham is faring. This weekend brought me to my birth state, the great Commonwealth of Pennsylvania.

One thing that is becoming clear if you get out and travel these days is just how starkly different the circumstances Americans are living under are depending on the state where they reside. Here in New York City indoor dining is set to return in the coming days at 25 percent capacity, while in Nevada where I was earlier this month, casinos have been open for almost two months. Pennsylvania finds itself somewhere in between.

This is important because increasingly the election is coming down to two basic issues, and more importantly which of those issues voters are more concerned with. Is the biggest concern still the virus, or to quote the Bill Clinton campaign, is it “the economy, stupid?” How a voter answers that question appears to go a long way towards indicating whether Trump or Biden receives their vote.

In Harrisburg, a pretty little capitol town on the Susquehanna River in the middle of the state, things are pretty open. Maybe not compared to the free for all that is currently Florida but certainly compared to the restrictions in New York City. I got to watch the NFL inside a bar, maskless, while eating wings. But much like the uninspiring tie I saw my Eagles chalk up against the Bengals, Harrisburg’s economic opening feels like at best a draw, the town is not fully open, but it’s better than nothing.

On Sunday night, looking for fancier fare than the burgers and wings at Arooga’s bar, a friend, also a conservative journalist in town for Saturday’s Trump rally, and I sought out some fine dining. A Google search later we found ourselves on a lovely street overlooking the capitol building, a restaurant row of sorts, but sadly, all were closed. Out in front of one was a party of four women, drinking cans of Dogfish Ale and smoking; we asked where we could maybe go. There weren’t a lot of options so the women offered us a seat and a drink.

The owners Qui Qui Mussera and Staci Basore were our hosts, a lovely and fun couple, they were with a friend and one of the servers. They own three restaurants on the street, Mangiaqui, Suba, and Rubicon. Over the summer they switched to take out only, combining the menus and recently on some nights they take over the street with tables and chairs. A pleasant evening sky covered the gleaming gold capitol dome as the subject turned to politics.

I’ll be honest, it was a bit chilly, such are the times, but they could not have been more gracious and for our part we did more listening than talking, especially when a delightful charcuterie was brought out. Their proximity to the Capitol has made their places a kind of salon in which Democrats and Republicans mix and mingle. Staci admitted it bothered her that people who want to take away her basic rights partake of her offerings, and yet there was also a well deserved pride at being one of the people providing an opportunity for bipartisan hangouts. I couldn’t help but wondering if when this is all over we can return to a country where we can all still hang out.

The race in Pennsylvania has been fluid. Back in April, according to the RealClearPolitics average of PA polls, President Trump was as close as two points behind Joe Biden. As the virus and lockdown raged on Biden’s lead swelled to over eight points, but has now come back down closer to five. Something similar has occurred in Florida, and it does seem now that as swing states open up their economies votes seem to flow to the president.

All of this helps to explain why the Biden campaign and its media allies are so eager to keep people in a panic over the virus. It may explain why Biden is basically refusing to campaign, assuming he is physically and mentally capable of it. By returning to normal politicking Biden would undermine the idea that we are still in an emergency situation, and allow voters to long for the strong economic gains Trump is best known for.

Make no mistake; the Chinese virus is just as much on the ballot as either candidate. The more it looks like it is behind us, the better for Trump, the more it still seems like a clear and present danger, the better for Biden. Look for both campaigns to push their version of reality as hard as possible in these final days. If swing state voters are still afraid on November 3, Trump might be a one-term president, but if instead they are hopeful, Joe Biden will need new a trick to win, and he is a very old dog to try to pull that off.