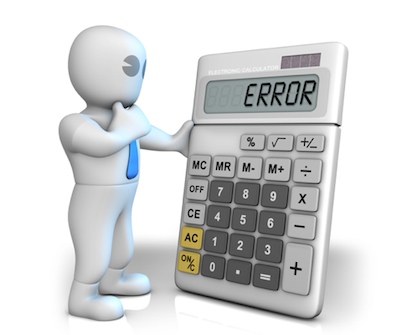 Steve beat me to this, I see, but here are a few additional comments on the New York Times’s felony du jour. Well, to be fair, they just aided and abetted the felony. Maybe someday that will be illegal.

First, I doubt whether anyone cares. Donald Trump has been president for four years, and if you think he has done a good job (as I do), you are hardly going to be deterred from voting for him by the fact that he hires good accountants. The people who are excited about the Times felony/scoop weren’t going to vote for him anyway.

Second, on its face the Times “expose” falls flat. I understand that someone at the IRS feloniously leaked Trump’s tax returns for more than 20 years, and it is true, as Trump has said, that he has been subject to one or more audits also extending over a period of years. So apparently the IRS has been unable to find anything wrong with Trump’s tax returns. Case closed.

Third, this retired tax accountant supplies a knowledgeable perspective, as opposed to anything you might read in the co-conspirator Times:

[S]ure enough, this morning my feed is filled with people who don’t know shit about taxes retweeting the stupid opinions of other morons who also don’t know shit about taxes. This is just as annoying as last week when these same idiots all suddenly became Constitutional Scholars. Or the month before that when they were all experts on use of force laws and police tactics. Or the month before that when they suddenly got their epidemiology degrees from the University of Internet and turned into infectious disease experts.
***
Which brings us to today, with people freaking out about how Trump allegedly didn’t pay taxes for 10 out of 15 years and how that’s UNFAIR. Assuming that the anonymous tip isn’t total bullshit—and this is the New York Times we’re talking about and they love to just make shit up—and that the information is accurate (which means that whoever leaked it committed a felony, but that’s a whole different discussion)… my answer is so?

Is it plausible that a billionaire paid no taxes for a period of several years? Yep. Totally. See all that stuff I wrote above about the complicated tax code and how it is an accountant’s sacred duty to take advantage of all the stupid laws congress has passed to save their client’s money? Pretty much that. It has happened many times before, and it will happen many times again.
***
I recall a similar freak out several years ago when it came out that some giant mega-corp (I think it was GE, but I don’t remember) didn’t pay any taxes due to some Obama green energy tax breaks. Only that time the freak out was coming from the right (who hate Obama) and the Bernie Bros (who hate all business). It’s the same kind of thing though. If the laws are on the books, of course companies (and individuals) are going to take advantage of those laws. THAT IS WHY CONGRESS PUT THEM THERE.

Much more at the link. I believe it was Donald Trump who once said that the two places where you don’t try to save money are helicopter pilots and accountants. That is especially true if you are a real estate developer.