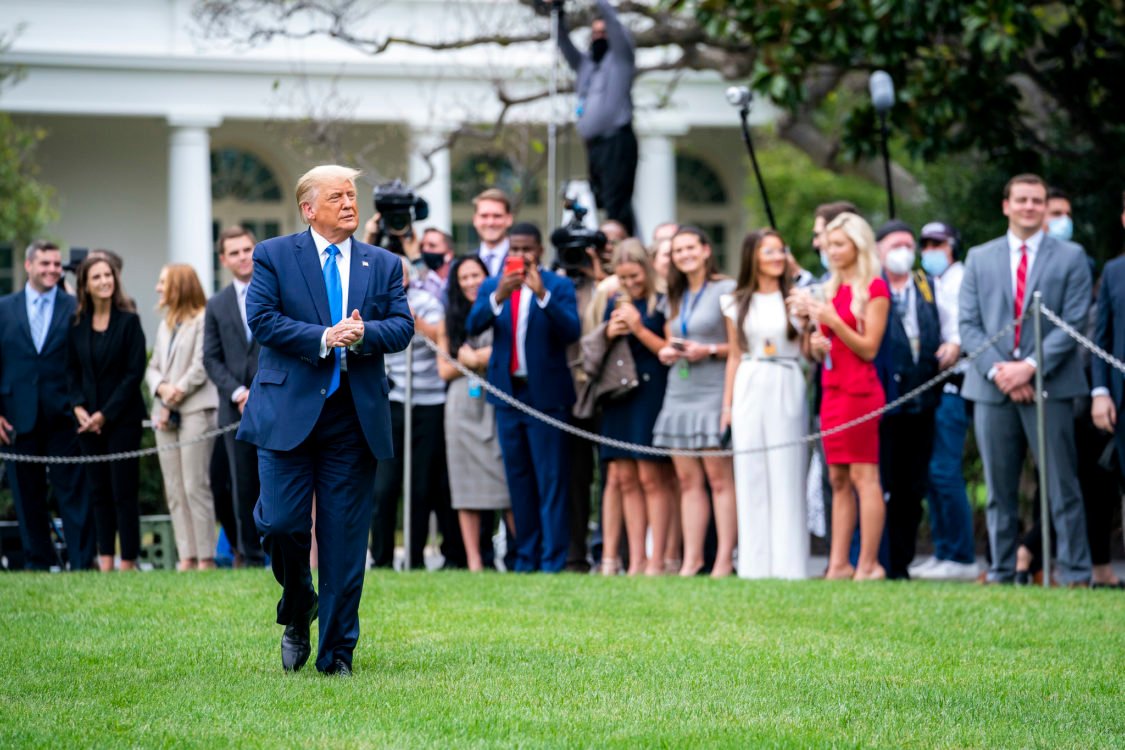 The New York Times published an article Sunday evening analyzing several years of tax returns filed by President Donald Trump. This illegal leak of the president’s tax returns revealed nothing we didn’t already know about the Trump business hydra: It is complicated, has a lot of expenses that generate tax deductions, and hires very smart tax advisers to make the whole thing work with as low a legal tax liability as possible. If that sounds familiar, it’s because the Democrats also tried this line of attack against Trump in the 2016 debates.

Because most media will breeze over it, it’s important to pause and note the criminal illegality of this story. It is a federal crime for any federal, state, or local government employee to release a tax return without the consent of the taxpayer. Ditto for tax lawyers, CPAs, enrolled agents, and other tax professionals. Interestingly, it’s also illegal to print or publish tax returns or information from them. Section 7213 of the Internal Revenue Code prescribes that each violation here is a felony punishable by $5,000 and/or five years in federal prison, plus the cost of prosecution. Federal employees so convicted are to lose their jobs.

Trump enjoys the same protection of federal tax law that any John Q. Public has. Someone should go to jail for releasing his tax returns. Speaking as an enrolled agent who has prepared taxes as a side hustle for nearly two decades, this cavalier attitude toward tax return custody is appalling to me. The president ought to have some conversations today with Treasury Secretary Steven Mnuchin and Attorney General William Barr about prosecuting the New York Times for its possible tax felonies.

The Story Is a Flop

Turning to the particulars of the tax return, there simply isn’t much here. There’s certainly no smoking gun, nothing that on its face is illegal in some way. The portrait that emerges is one of a very aggressive, wheeler-dealer businessman with a thousand fingers in a thousand pies. Trump allocates money in a wide array of business ventures, generating tax deductions that offset income from these and other enterprises.

Trump himself in the piece describes his approach as “truthful hyperbole,” which is one of those wonderful phrases like “trust but verify,” “non-denial denial,” and “unknown unknowns.” In this case, the phrase tells me, as someone who has had all sorts of tax clients over the years, that the president loves the game. He is always looking for his next business venture and wants to plow all his profits from other lines of work into the next chapter of his life.

Not surprisingly, a business empire run this way robs a lot of profitable Peters to pay a lot of unprofitable Pauls. The New York Times article throws around terms that sound tricky or scary to normal people, but to tax professionals are part of any business tax return — depreciation, amortization, business bad debt, net operating losses, passive losses, historic rehabilitation credits, consulting fees, and the like. The bottom line is that the Trump business empire is basically a closed circuit — profits from business A are used to prop up business B and acquire business C. That creates a lot of deductions that offset the profit, which in turn means that in some years, very little tax is owed.

Does that make Trump a tax cheat? Not by itself, certainly. The IRS or other tax authorities are of course free to challenge the legality of this capital loss or that consulting expense, but that’s a matter of analyzing facts and circumstances case by case. There’s nothing wrong with taking these deductions in and of themselves. These types of news stories tend to cherry-pick particular tax years and tax deductions that fit the narrative and ignore high tax payment years that do not. Remember that the next time you see a screaming headline that “Evil Company X Paid Nothing in Taxes Last Year.” It’s almost certainly a truthful lie.

Here is where the story really falls down. It does not inform the reader about the crucial distinction between tax evasion (illegally misrepresenting income and deductions to fraudulently lessen tax liability) and tax avoidance (legally using available deductions and other tax benefits to legitimately lessen tax liability). This difference is the axle upon which the entire story turns.

Unfortunately for the New York Times, all it has managed to uncover is a very aggressive taxpayer working with a very talented team of tax professionals pushing every legal tax avoidance strategy they can muster. God bless them for it.

A simple example of tax avoidance normal people could use might be in order. Suppose you purchased startup stock in your college roommate’s XYZ corporation, and it’s doubled many times over. Your tax adviser might counsel you that rather than selling the stock and having to pay the capital gains tax, you might consider donating the stock to your favorite charity. Not only do you avoid the capital gains tax, but you also get to claim a tax deduction for the fair market value of the stock donated, a double benefit. There are countless other tax avoidance techniques, complex and simple, throughout the tax code.

Some will object further that the president is doing something morally wrong by avoiding a larger payment of taxes. To that I would point to any small business owner and ask them whether they are doing something wrong by deducting subcontractor payments, business meals and travel, business owner retirement plan contributions, rent, and the like. It’s just a matter of scale.

Businesses can and should deduct all ordinary and necessary expenses against business revenue to arrive at business profit — period, end of story. To deny this is to implicitly endorse a gross receipts tax on business income, something tax experts of all persuasions will tell you is the singularly most unfair way to tax businesses.

It’s true that the president’s tax returns might not look like John and Jane Public’s married filing jointly April 15 Turbo Tax submission. But John and Jane have a stable and simple life of W-2 wages, 401(k) plans, a couple of kids, and a mortgage. They like things to be as far from complex as possible. They don’t have business expenses — everything is spent on their personal lives, and personal expenses are by norm not deductible under the tax code. This simplicity is made possible by business owners like Trump who deploy capital, take risks, endure losses, and manage complex enterprises. If John and Jane want in on this high-risk, high-reward lifestyle, they can and should start small businesses of their own.

Are the rich guys getting away with murder and sticking John and Jane with the bill? Not according to the federal government’s own data. The Congressional Budget Office publishes an “all-in” analysis of how much people pay in total federal taxes. Its latest report says that middle-income families pay 13 percent of their income in total federal taxes, down from 14 percent before the Trump tax cut. The top 1 percent, however, pay more than twice that amount; over 30 percent of their income goes to the federal government. We have a steeply progressive tax system in which you pay a greater share of your income in taxes as you earn more money.

Finally, we’d be remiss if we didn’t point out that Trump’s opponent, former Vice President Joe Biden, himself is a fan of perfectly legal tax avoidance. In 2017 and 2018, Joe and Jill Biden ran $13 million of profits from speaking and writing gigs through a Subchapter-S corporation, allowing them to avoid, not evade, $500,000 in Social Security and Medicare payroll taxes.

In addition, Biden might have ventured into the area of tax evasion, the bad kind, by not paying himself a high enough “reasonable salary” W-2, something required under tax law. The big difference between Biden and Trump, of course, is that Biden wants to raise your taxes and Trump wants to cut them.

If this is the big pre-debate “gotcha” that the Democrats and their allies in Big Media had in mind, it’s a bit of a flop.