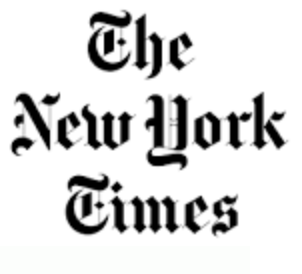 Have you heard—Donald Trump admits that he takes advantage of the tax code to minimize his taxes! And he’s even admitted it to the New York Times! Here’s the scoop:

Donald J. Trump explicitly acknowledged for the first time during Sunday’s debate that he used a $916 million loss that he reported on his 1995 income tax returns to avoid paying personal federal income taxes for years.

Mr. Trump’s response — “Of course I do. Of course I do” — was the fullest the wealthy developer had provided since The New York Times reported that he had declared the loss, and that the tax deduction could have been large enough to allow him to avoid federal income taxes for up to 18 years.

Previously he had declined to comment on the documents, issuing a statement that neither challenged nor confirmed the $916 million loss.

So what, exactly, is the “news” in the current New York Times story on Trump’s taxes that has everyone doing backflips? Aside, that is, from the fact that someone at the IRS violated federal law in disclosing Trump’s tax returns to the Times.

Contrast Trump, by the way, with Mitt Romney, who went out of his way to increase his income tax liability precisely to conform to liberal demands that rich people must be punished.

I expect this issue may come up in the debate tomorrow night, and I hope that Trump will challenge Biden to give an answer as to why Biden apparently made no effort to reform the tax code during his 35 years in the Senate, and why the Obama-Biden administration did nothing about it when they had supermajorities in Congress 10 years ago.

Funny the Times runs this story just now, isn’t it?