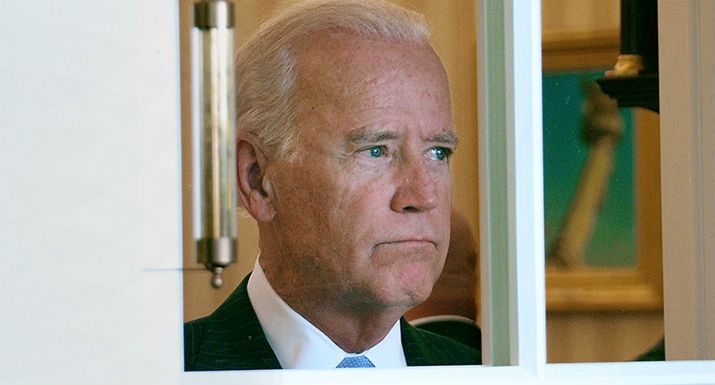 Jones is a well-connected political activist with Texas Democrats. He is formally accused of helping to run an illegal ballot harvesting operation. This information comes from two separate affidavits filed Monday at the Texas Supreme Court. Both affidavits are from private investigators, one former F.B.I. agent, and one a retired Captain with the Houston Police Department. They allege under oath that Dallas Jones and others are currently hoarding mail-in and absentee ballots and ordering operatives to fill the ballots out for people illegally for the 2020 presidential election. These people include the homeless and senior citizens in nursing facilities, as well as dead people.

Dallas S. Jones is an entrepreneur, political commentator, and community activist. He currently serves as President and CEO of ELITE Change, Inc. and Managing Principal of Jones Group International, LLC. Prior to forming ELITE Change, Mr. Jones worked on every level of government including Special Assistant to U.S. Congresswoman Sheila Jackson Lee, and for Texas State Representative Garnet Coleman as a policy analyst and later becoming District Director. He also served as District Director for Texas State Senator Rodney Ellis.

After leaving the public sector, Mr. Jones joined the NAACP where he served as a Regional Youth Field Director for the Southwestern Region, and later served as National Youth Outreach Director for the NAACP National Voter Fund. Where he focused on increasing registration and turn out of African Americans throughout the United States during the 2008 Presidential Election. In the corporate sector, he was named Deputy Director of Public Affairs for AT&T where he was responsible for the public affairs efforts for the company throughout the western region.

The two affidavits have been filed as part of a class-action lawsuit against Harris County and the state of Texas by a Harris County conservative activist and others. The affidavits can be seen HERE and HERE. From the affidavits, the people listed above in Jones’ bio, as well as himself and others, are incriminated by videotaped interviews of witnesses.

“Based on interviews, review of documents, and other information, I have identified the individuals in charge of the ballot harvesting scheme. These individuals includes political consultant Dallas Jones who was recently hired by the Joe Biden for President campaign to oversee their Harris County initiative. District 13 Texas State Senator Borris Miles, who is the handler of Mr. Jones, political consultant Gerald Womack, and Precinct 1 Harris County Commissioner Rodney Ellis. One of the companies these individuals are using as a front for this operation is AB Canvassing, although there are others that have been identified that we are investigating.”

“I have in my possession video-taped interviews of witnesses attesting to the aforementioned people having groups of people completing thousands of absentee and mail-in ballots, including completing ballots for deceased individuals; illegally going into nursing homes, with the complicity of the nursing home staff, and filling out and forging the signatures of nursing home residents; signing up homeless individuals to vote using the ballot harvester’s address then completing the ballot and forging the homeless individual’s signature.

“This entire operation is being run by the elite politicians of the Democrat Party m Houston/Hams County. FURTHER AFFIANT SAYETH NOT.

There is a video of a Democrat operative “assisting” an elderly person in a nursing home by specifically telling her for whom to vote and where to sign the ballot. There is an accusation by a Democrat activist who is now fed up with the political corruption within his party that former Harris County Clerk, Diane Troutman, resigned the day after she refused to do the bidding of party leaders and agree to mail out a massive amount of mail-in ballots. At the time, it was reported that she resigned due to health reasons. This resignation led to a new Harris County Clerk, Chris Hollins, who is attempting to fundamentally change voting in the county – including mailing absentee ballots to every registered voter in Harris County. Texas, as I’ve noted in several previous posts, has specific qualifications to be met for mail-in voting. These include age (65 and older), voters with disabilities or illness, out of the county during the voting period, and those who are incarcerated but legally qualified to vote. One affidavit addresses employees in the Clerk’s office who are helping the Democrats’ operation.

“Witnesses have shown me and described to me how the ballot harvesters take absentee ballots from the elderly in nursing homes, from the homeless, and from unsuspecting residences’ mailboxes. The ballot harvesters then complete the ballots for their preferred candidate and forge the signature of the “voter”. Two witnesses stated to me that there are two individuals employed at the Harris County Clerk’s Office who are aware of the illegal ballots and help facilitate and mask the processing of the ballots into the legal stream of ballots.”

A citizen journalist has been investigating voter fraud for several years. She now links Rep. Sheila Jackson-Lee in wrongdoing.

Citizen journalist Colleen Vera has discovered evidence of what appears to be a massive voter fraud ring operating in the state of Texas involving mail-in voting and Democrat political campaigns. Evidence presented below includes a video of a Democrat campaign surrogate harvesting mail ballots from a nursing home, audio of a Democrat campaign worker admitting to harvesting ballots from a nursing home, and mail-in ballots from Harris County that all have the same handwriting and envelope process.

One state politician named in the allegations responded with a denial of such actions. He, I will note, has had to answer for his own behavior in the past.

State Sen. Borris Miles, a Houston Democrat who is accused of the vote-harvesting scheme, called the allegations false and ludicrous, noting he has never met either of the two men who claim to have inside knowledge of the alleged plot.

Miles said he has always encouraged mail-in voting, especially for voters who are senior citizens, but has never and would never engage in ballot harvesting or any efforts to collect absentee ballots. The allegation is “Republican opposition work,” he said.

“I don’t do that, I don’t have a team that does that, and I’ve never had somebody else’s mail ballot in my hands,” Miles said.

None of this story will be finished by Election Day. All we can hope for at this point is that the State Attorney General and election officials will do the work necessary to hold these corrupt politicians and party operatives accountable.