Dems: We’ll get back to you about packing the Court after the election 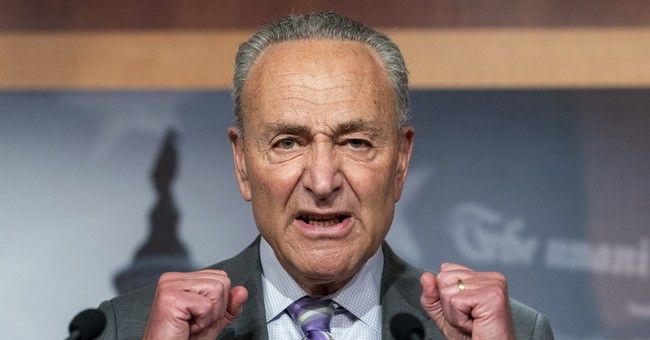 The partisan temptation is to read their caginess about Court-packing as evidence that they secretly plan to do it. They don’t want independents to know before the election that they’re about to blow up SCOTUS!

If that’s their intention, they have good reason to hide it. Voters aren’t keen to expand the Court.

But I think the likely truth is more mundane. They know they don’t have the votes right now and won’t know if they’ll have the votes next year until after November 3. Why make promises about Court-packing when it might not even be possible? It might scare away some voters who are leaning towards them at the moment as the “normal” alternative to Trump and the GOP. Democrats are neck-and-neck with Republican incumbents in half a dozen battleground races; even Lindsey Graham’s seat isn’t safe at the moment. Suddenly they’re going to pull the pin on Court-packing and toss that at the center-right swing contingent? C’mon.

Besides, making pledges about Court-packing might lead to some seriously pissed-off progressives next spring. Promise the left now that you’ll pack the Court in January if your majority’s big enough and you’d damned well better do it if they hand you that majority.

Before voters go to the polls, should they get to know whether court-packing is likely or even on the table? “There are so many reasons to vote for Democrats now — that we need to focus on the pandemic,” replied [Richard] Blumenthal, a member of the Senate Judiciary Committee. “You know, we just passed 200,000 deaths. The president’s failure to deal with the pandemic and the public-health and economic crises and his cruel and reckless indifference [are] costing lives.”

“I think we’ve got to wait to get through the election,” Pennsylvania Democratic senator Bob Casey said when asked about court-packing. “The key thing right now is people have to understand what’s at stake, especially on ACA and preexisting conditions.”

“No thoughts at the moment,” New Mexico Democratic senator Martin Heinrich replied when asked about adding justices to the Court. “We have a job to do before we have that conversation.”

Kamala Harris was asked yesterday about Court-packing and responded with a string of evasive gibberish that made me wonder if she’s the one on the ticket with actual dementia.

WATCH: Kamala Harris refuses to answer a question about whether she supports expanding the size of the Supreme Court. pic.twitter.com/0bXYoHRsuv

If you’re considering doing something that was considered too far beyond the pale for Franklin Roosevelt to do even at the height of his popularity, you have an obligation to mention it to voters, no?

Here’s a big reason why they don’t want to talk about it right now. Joe Manchin has already ruled it out, which means they’re starting with just 46 votes. Kyrsten Sinema will probably follow Manchin, which leaves them at 45. Doug Jones is about to lose a Senate seat in Alabama, so actually it’s 44. They need to pick up a half-dozen seats this fall just to have a shot at making this happen. And those half-dozen seats, if they arrive at all, will come from purple or reddish battlegrounds, where the new senators will be reluctant to antagonize their Republican constituents with a move like Court-packing right off the bat.

“That is not something that I would support. I can’t support that” Democratic Sen. Joe Manchin says when asked about expanding the Supreme Court https://t.co/9mkizWHrUu #CNNSOTU pic.twitter.com/VWbRGhsFvu

I think there’s another reason they’re keeping their powder dry on Court-packing. If Biden (or Trump) wins convincingly and the risk of a legal battle over ballots evaporates, I doubt we’ll hear much from Schumer and Pelosi about the Court after the election. They’ll be on to other things, starting with expanding voting rights in the event that Biden is the next president. That will mollify the left to some degree. In light of the poor polling on expanding the Court and the political risk to swing-state Dem senators, the issue will probably just peter out.

But if there *is* a battle over ballots, with Democrats suddenly panicked that a conservative Court is about to hand a second term to Trump, then I think they’ll start rattling this saber in earnest during the lame duck. Things *could* get so tense amid a legal standoff over the outcome of the election that even Manchin and Sinema will feel heavy pressure to stick with the team and endorse Court-packing. The point would be to send a message to the Court’s conservative majority: If you connive to keep Trump in office unjustly, we’ll eventually take your majority away. Democrats wouldn’t be in a position to act on that threat immediately if the Court’s ruling ensures a second Trump term, obviously, but they will be at some point in the future. That may be enough to make John Roberts think twice about siding with Trump. Whether it’s enough to make Thomas, Alito, Gorsuch, Kavanaugh, and Barrett do so is a separate question.

By the way, two new polls of Georgia out today show Democrat Raphael Warnock the new leader in the state’s “jungle primary.” That’s not overly concerning, as Warnock appears to be consolidating the Democratic vote while Republicans remain split between Kelly Loeffler and Doug Collins. One of them will emerge as the top Republican finisher and advance to a post-election runoff with Warnock in early January. It’s hard to game out a race like that with so much uncertainty right now — who will the president-elect be, what will the incoming Senate look like? — but note that one of today’s polls (Civiqs) has Warnock polling ahead of both Republicans in runoff match-ups, leading Collins 49/44 and Loeffler 49/39. He remains an underdog, but a true blue wave this fall could sweep up Senate seats even in states as red as Georgia. Dems could end up with 52-53 seats in a worst-case scenario for the GOP. And if they do, Court-packing becomes somewhat more plausible.