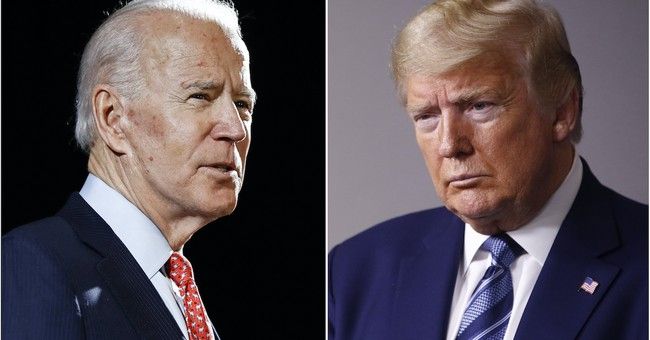 9 p.m. ET all across the dial: An election that’s been a referendum on Trump suddenly becomes a choice between two candidates, with Sleepy Joe Biden forced to prove on the biggest possible stage that he’s not so … sleepy. A big win for Trump could shake up the race. A big win for Biden could effectively end it. No pressure.

I’m giving you an embed of the Fox News feed of the debate below in case you want to watch it right in this tab. That’s followed by a live feed of tweets from a variety of editors across all of Townhall Media’s platforms: Townhall, Red State, Twitchy, PJM, and of course Hot Air. You don’t need to do anything on your end; new tweets should appear automatically as they’re published, creating real-time commentary as the debate plays out. Think of it as a group liveblog, just funneled through Twitter. Comments are open for your use below.