The debate? Trump was great, Chris Wallace was a dreadful disgrace 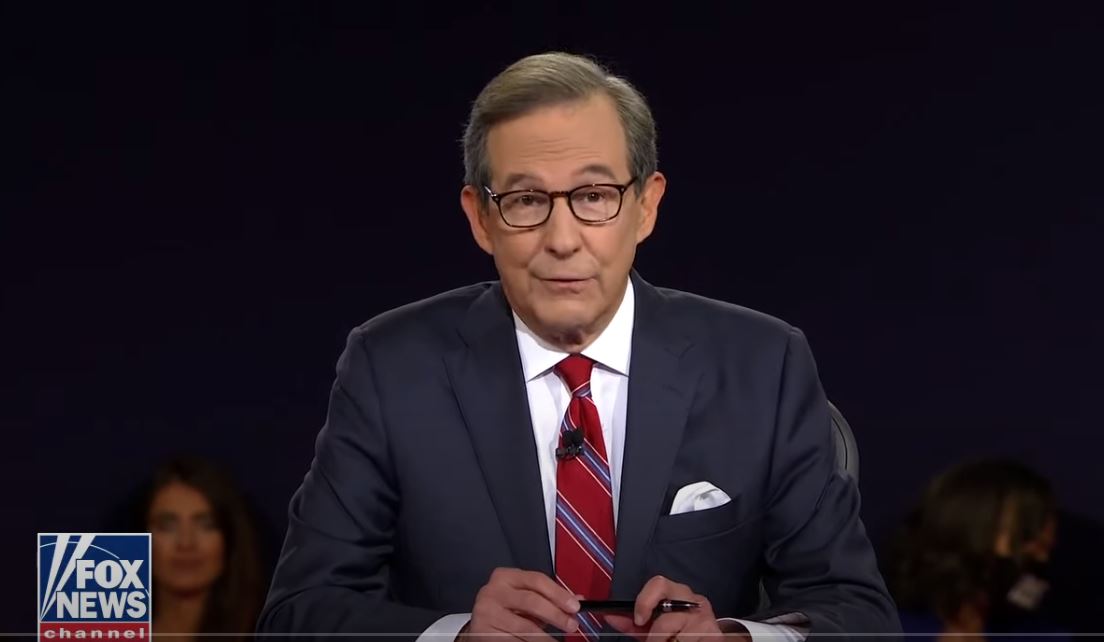 Chris Wallace’s overt defense of Joe Biden throughout the debate on Tuesday night was so obvious, so blatant, he should be proscribed from ever “moderating” a debate again.

Wallace’s performance was as Biden’s protector, his advocate, and that is undeniable.  He stepped in at every moment Biden seemed lost: court-packing, lack of support of law enforcement, and Hunter’s criminality.

The debate was so poorly managed.  The questions were designed to aid Biden, to coddle him.  No wonder Trump felt duty-bound to interrupt.  Trump was debating both Wallace and Biden and only one of them is sentient.

Wallace’s intent was clear – sabotage Trump.  Wallace succeeded only in looking like the stooge he is.

Why a two-minute rule?  That hardly gives either man time to rebut what was just said about him.  Wallace even brought up the Charlottesville charge but did not admit it was a manufactured lie without giving Trump the time to deny the lie.

Wallace completely ignored and tried to derail Trump’s bringing up Hunter Biden’s criminal corruption.  Why was that not a viable subject for discussion?  Biden lied when he said Hunter had been cleared.  Not so.  Biden has a long history of lying and financial corruption.  Should that fact not be up for review for a candidate for president?  If Biden were a Republican, you can bet it would.

Wallace should be fired for his wholesale lack of objectivity.  He’s become a cut-rate Dan Rather.

Trump made important points, all of which Wallace tried to mitigate:  Voter fraud is real and is being perpetrated by Democrats throughout the country.

Biden tried to insist that the violence being visited upon Democrat-run cities across the nation was by white supremacist groups, a total lie that Wallace let stand.

Biden is looking forward to shutting down the economy for COVID and implementing a mask mandate.

Biden is not supported by law enforcement anywhere in the country for obvious reasons and Obamacare was and remains a disaster.

Wallace, a member in good standing of the mainstream media is a handmaiden of the Democrat party in which winning by any means necessary is the rule.  Wallace’s bias for Biden was appalling.

Climate change!  Who on earth at this moment in time thinks this is an important topic for discussion?  No one but the moonbat Greta Thunbergs of the climanistas.  No one.  Biden’s green new deal would put millions of Americans who work in the fuel industry out of work.  The left’s embrace of this nonsense has left California with rolling blackouts.  Wallace did not question Biden’s lack of understanding of the impact his green new deal would have on the economy.  Wallace was for Biden, not America.

Why no questions on school choice?  On the border and illegal immigration which Biden supports?  On the necessity of ending the lockdowns that have caused much more death and destruction than COVID?  On the Biden “I am the Democratic Party right now”? On his family’s mysteriously ill-gotten wealth in the multi-millions?  Wallace was not going to let any of those issues come to the fore.

He  is a naked partisan who is invested only in his own illegitimate primacy as a member of the army of the left in good standing; that would be the swamp, the deep state.  Wallace perpetrated the Charlottesville lie and he knows very well that it is a lie.   Trump had to interrupt to get a word in edgewise in his own defense.  Again, Wallace was a despicably partisan moderator.  He tried to throw the debate to Biden and so made Trump the clear winner.  Trump had to fight the only way open to him, by interrupting the two people wrangling to sabotage him.  Wallace’s transparent protective bias was appalling.

All of which makes us wonder, is there a moderator that can legitimately host a debate?  Yes.  Hugh Hewitt comes to mind.  Larry Arnn of Hillsdale,  a constitutional scholar would ask the right questions in a civil manner.  There are numerous brilliant people who could and would conduct a legitimate debate but Chris Wallace proved himself not among them.  He has shamed himself and Fox News.  His attempt at being a bulwark in Biden’s defense was shameless.

It was Wallace who made the debate something of a farce; he left Trump no path but to try and refute the lies in his questions and Biden’s responses.  Am guessing Chris Wallace is now dead to vast numbers of conservatives who once upon a time respected him.  After this debate, they respect him no more.