The (not so) presidential debate, a different take 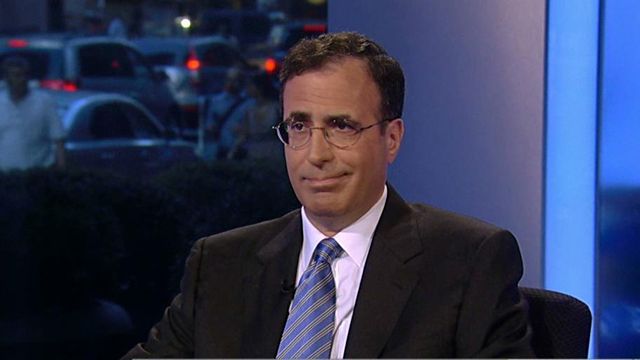 My friend Stanley Kurtz has a far more optimistic take on last night’s debate than the ones Scott and I (and nearly all other conservatives I’ve read) have presented. Stanley is a keen observer of the political scene, so I was glad to learn that he doesn’t share my pessimism.

Here are key excerpts from Stanley’s article, with my commentary sprinkled in:

A lot of folks are saying the debate was an ugly, insult-filled shouting match that barely got down to cases. Actually, I thought it was a highly entertaining exchange that helpfully spotlighted the candidates’ differences on issues.

An ugly, angry exchange? Well, at least it looked like America. If you took all the people who bite their tongues instead of saying what they really think of folks on the other side, put them in a room together and let them loose, this is what we would sound like. Pretty? No. Honest. Yes.

The debate’s decorum was a snapshot of where we are as a country. I think that’s less because of the president’s personality than because we don’t agree with each other about some pretty fundamental things—and because much of what we disagree about is the motivation of the other side.

Personally, I wasn’t entertained at all by this debate. The nastiness does reflect national divisions, at least among those most invested in politics. However, it didn’t have to be so ugly. The Pence-Harris debate won’t be.

Voters who haven’t decided yet aren’t likely waiting for a nuanced policy debate. If they were, they’d have already made up their minds. Instead, undecideds haven’t yet focused as much on the issues as we political junkies have. Undecideds are looking for the big-picture on the candidates’ differences, and that is what they got.

I’m not sure what makes undecided voters tick. Stanley may be right that they are looking for big-picture differences, although these have been there throughout for all to see.

Alternatively, these voters might mostly be people who aren’t that interested in the issues and just want to see the candidates display their personalities under fire. If that’s the case, Trump probably built his edge among men, while Biden built his among women.

For my money, the law-and-order segment was the decisive exchange of the night. The differences between the candidates were stark. I think Trump was likely the big winner there, but that presumes the country is closer to his view than Biden’s. I guess we’ll have to wait and see.

The section on climate change versus the economy was also clarifying. The most important and politically consequential controversy—Biden’s shifting position on fracking—was never properly addressed. Even so, the very different ways in which the candidates strike the balance on environment-versus-economy came through. I think that’s another winner for Trump.

I think this is a fair and plausible assessment.

I used to listen to debates like a policy wonk. That blinded me to much of what was happening in 2016.

Of course, this isn’t 2016. Four years later, the president’s abrasive ways have worn thin with many voters. During these exchanges, however, I saw a president who was sharp as a tack, well able to call up interactions he’d had with world leaders and his policy people in order to make his points. Trump was tough to the point of rudeness, as usual, but had an energy, acuity, and strength that Biden lacked.

When it comes to policy details, Trump can be frustratingly thin. But when it comes to the big-picture issues and options, the president comes through. He never explained in detail why Critical Race Theory is so pernicious, for example. But I’m betting that enough voters have knowledge of these insidious indoctrination sessions and the troubling culture they’ve spawned to take the president’s point. What other politician would have had the guts to tackle this issue? A lot of voters will appreciate that.

I still tend to listen to debates like a policy wonk, so Stanley has the advantage on me there. I hope he’s right that enough swing voters know how insidious “race sensitivity” sessions are. If they don’t know now, they will likely find out soon — the hard way.

Biden held up very well for about the first hour. He far surpassed the ridiculously low expectations Republicans had set for him, and that has undoubtedly helped him. That said, Biden seemed to me to visibly fade in the last half-hour. He never quite lost it, but his mumbling, semi-confused manner emerged. A couple of times it seemed as though the president’s interruptions actually saved Biden from what was beginning to devolve into word salad.

I agree with this. However, I wonder how many voters made it to the last half-hour.

Maybe voters are just tired of the president’s aggressiveness or wary of Biden’s age and acuity, or just sick and tired of the whole ugly mess that our politics has become. A lot of the commentary so far has suggested as much.

Perhaps. But I think this debate has reminded the relatively few voters who may have only recently tuned in to this election how profoundly the candidates differ on the direction our country should take. To me, that suggests the race will continue to tighten.

I think voters are tired of Trump’s style and wary of Biden’s age and acuity. Unfortunately, Trump’s performance likely reinforced the negative perception of him, whereas Biden’s may have assuaged concerns over his age and acuity to some degree.

Stanley is right that the debate highlighted the profound differences between the two candidates on policy. But Biden tried to downplay the differences to some extent by walking away from some of his party’s most extreme positions.

Whether the race tightens may depend on whether voters found Biden’s attempt convincing. I fear that disgust with Trump’s style and personality might make them want to believe Biden.