Will the PCA Go Woke? 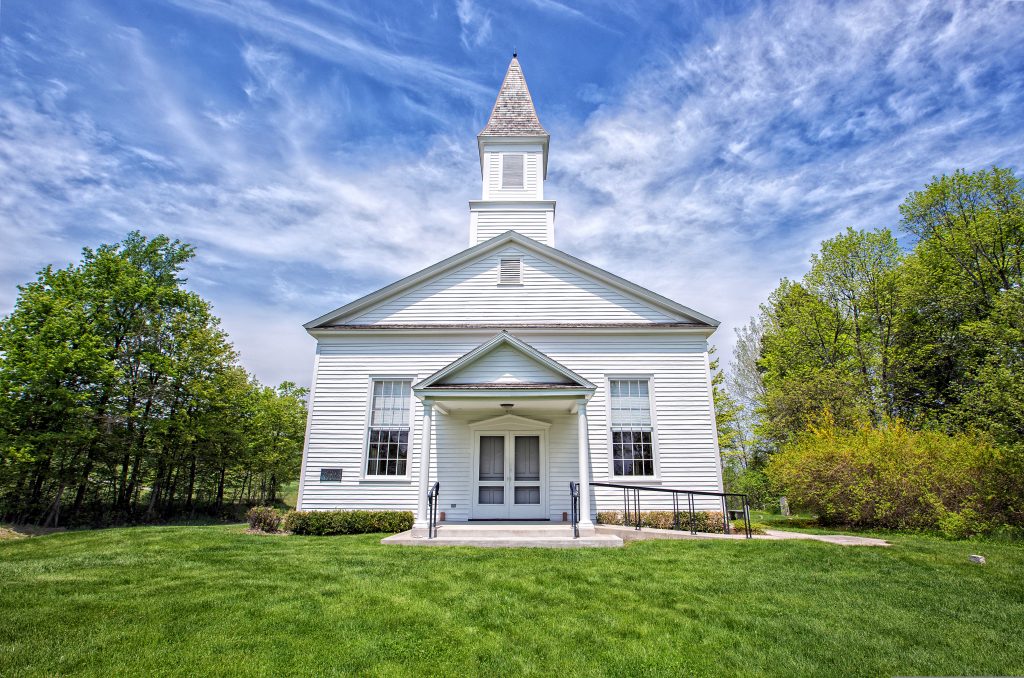 Is the Presbyterian Church in America—the largest ostensibly conservative Reformed denomination in the United States—going woke? Erick Erickson is a member of a PCA church and worries about that trend, even if he still sees the PCA as largely conservative.

Churches like the PCA that identify with largely non-credal and non-confessional Evangelicalism in the United States have been rent by increasing political, ideological, and, yes, theological division in the aftermath of Donald Trump’s election. Prominent teaching elders like Tim Keller have taken to Twitter and social media to warn against Christians seeing one party as more Christian than another. Keller also rhetorically equated policies to reduce poverty with policies to end abortion. “The Bible,” Keller explained, “tells me that abortion is a sin and great evil, but it doesn’t tell me the best way to decrease or end abortion in this country, nor which policies are most effective.”

Keller pastored in New York City for years and largely adopted the rhetorical and socio-political commitments of mid-century socio-cultural liberalism. Keller’s liberalism—if it can even be called that—is the same as Dwight Eisenhower’s. Neither man could ever be called Marxist, or “woke.” Keller’s theology, however, is more conservative than that of mid-century liberal Protestants, so much that it cost him an award—but not a speaking gig—at Princeton Seminary.

Race in particular is the paradigm with which the PCA, and most low-church Protestant groups, seem most likely to bend toward perceived wokeness. In 2016 the PCA passed Overture 43 by which the denomination condemned and repented of “corporate and historical sins, including those committed during the Civil Rights era, and continuing racial sins of ourselves and our fathers such as the segregation of worshipers by race” as well as “the exclusion of persons from Church membership on the basis of race; the exclusion of churches, or elders, from membership in the Presbyteries on the basis of race.” The assembled elders lamented past ministers who taught “that the Bible sanctions racial segregation and discourages inter-racial marriage” as well as condemned those who participated in and defended white supremacist organizations. The language and the resolution were relatively innocuous, and not particularly woke.

The PCA was not founded until 1973 and many of the ministers most involved in the denomination’s liberalizing factions have little or no history with the historical Presbyterian Church. Duke Kwon and Greg Thompson, two PCA pastors who recently published a book arguing for Christians to embrace racial reparations, are not representative of the rank and file pastors in the denomination. Thompson in particular has argued that the United States is the world’s longest-lasting white supremacist social order. White supremacy, he argued, was not about “Klan hoods [but] systems + structures that make things easy for people like me.” Thompson’s rhetoric is increasingly that which is associated with critical theory.

Thompson’s rhetoric defending critical race theory and the sometimes violent protest that followed the death of George Floyd also resorts to the heavily contrived notion of a unitary “American church” that has perpetuated white supremacy, and uncharitably obliterates men and women of goodwill in white churches who worked against Jim Crow and other forms of racism. Grace DC, a network of Presbyterian churches in the DC area where Thompson and Kwon serve, also used a creed written, according to the citation, in Honduras in 1980 as a part of something called the “Mass of the Marginalized People.” For people who claim to be redressing historical sins, they are remarkably incurious about who was confecting quasi-Catholic liturgies in Honduras around that time. Thompson, however, is not particularly representative of the PCA and doesn’t even serve as a head pastor in a church.

Perhaps the best criticism of the PCA might be that the efforts especially of young ministers—often from Evangelical and Fundamentalist backgrounds—at racial reconciliation, instead of being increasingly “woke” have been rhetorically vague and socio-intellectually contrived, and have led to certain forms of social and intellectual naïveté regarding the consequences of adopting modern taxonomies of social change. Much of the push for racial reconciliation, and the subsequent perception of wokeness, is not purposefully or even willfully Marxist or sentimentalist, but instead is an earnest desire for Evangelicals to have their moment in the sun and join the rest of liberal-capitalist American society’s consensus on racial justice.

Seen as Fundamentalist hangovers and accused of everything from quietism to theocracy to libertarianism to chauvinism to racism and hypocrisy, progress on race has given Evangelicals in the PCA a chance to address what George Will called “sixties envy.” Even Tim Keller fell victim to this tendency. When he visited Princeton in 2016, The Washington Post reported that “Keller criticized his own family more than his hosts, repeatedly citing evangelicals’ flaws.”

While a desire to separate from the excesses of Fundamentalism and to identify with the positive legacy of the Civil Rights movement and broader liberal-capitalist society is understandable and perhaps even noble, it can also seem unnatural for Evangelical Christians in 2020 to constantly harp on the failures of people with whom they have no connection who lived a half-century earlier. Ministers have rightly argued that the PCA is a continuation of the southern Presbyterian Church—the Presbyterian Church in the United States—and there is a case to be made that the PCA inherited the sins of the churches and even members who perpetrated racist actions.

In his history of the PCA, For a Continuing Church, PCA pastor and historian Sean Michael Lucas has written on the need for the PCA to recognize its association with the PCUS and, by inference, its racism and failures in the Civil Rights Era. But even this seems ecclesiastically unusual and it should be treated cautiously. The PCA had barely forty thousand people at its founding. Fueled by the explosive growth of sunbelt cities, Rust Belt emigration, and the prosperity of the 1990s, the PCA now numbers 375,000 members. Many of the PCA’s ministers in 2016 were not Presbyterian, southern, or even alive in 1973.

While there are undoubtedly liberalizing and “woke” influences in some urban churches, many of the pastors who addressed race have not been woke, or even broadly liberal-conservatives of the midcentury stripe. J. Ligon Duncan III, pastor of First Presbyterian Church in Jackson, Mississippi, is thoroughly conservative on issues of theology and sexuality but has noted that race was a legitimate blind spot for even the best-intentioned of Presbyterians. Born and raised in South Carolina during the Civil Rights Era, Duncan understood that his generation could be both biblically faithful in many ways and yet perfectly capable of failing to see the deep racial problems in the United States.

When he became a professor at Reformed Theological Seminary in Jackson, Mississippi, he was not thinking about addressing race explicitly: “I covered abortion. I covered birth control. I covered gender, sexuality, marriage issues. It did not occur to me to cover racism.” Duncan explained that many Presbyterians did not set out “to live segregated lives. We’re not living segregated lives out of a conviction that we believe in white supremacy or that we’re against race-mixing. It just happened because of the way we live.” Through friendships with black pastors, Duncan learned to ask questions about race and ultimately to learn more about the experience of African Americans.

These are not the words of a raving Marxist, but of a well-intentioned conservative. Duncan’s goodwill, however, might have led to naïveté regarding the platforming of people who disagree with his own dispositions. He wrote the foreword to Woke Church, a book which calls for social change through means fundamentally at odds with historic Christian—both Protestant and Roman Catholic—understandings of the relationship of the church and the civil order. The PCA’s weakness has not been going “woke” but a socio-intellectual naivete—that typifies much of Evangelicalism—regarding the eventual ends of rhetorical concessions regarding social change.

Duncan heads Reformed Theological Seminary, a major training ground for PCA ministers. The scholars who head the largest campuses—Jackson, MS, Charlotte, NC, and Orlando, FL—all adhere to conservative Reformed theology. PCA minister Michael J. Kruger, president of the seminary’s Charlotte campus wrote a book explicitly warning about the dangers of Progressive Christianity. While RTS has made a priority of addressing the past racism in Presbyterian Churches, it, and the PCA at large, remain relatively conservative. Their stated reasons for addressing race remain rooted in Christian charity, rather than societal revolution. Ligon Duncan argued that by engaging black ministers, “You can see things you didn’t see before. You’re finally in a situation where you can start learning.” If the PCA learns the lessons of race under the guidance of men like Duncan, it will remain conservative and not meaningfully “woke.”

Miles Smith is Visiting Assistant Professor of History at Hillsdale College. His main research interests are nineteenth century intellectual and religious history in the United States and in the Atlantic World. You can follow him on Twitter at @IVMiles.