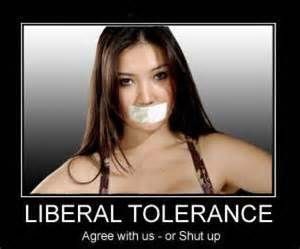 I am not sure who said it first, but it’s true: America’s colleges and universities are islands of repression in a sea of freedom. The invaluable FIRE–Foundation for Individual Rights in Education–has ranked 55 “top colleges” with respect to tolerance for freedom of speech. A summary of FIRE’s findings is here.

The rankings seem to be pretty rigorous, based on input from 20,000 students, with five elements considered:

This overall score is the sum of five part-scores: Openness to discuss challenging topics on campus; Tolerance for allowing controversial speakers on campus; Self-Expression, whether students have ever withheld their ideas due to how the expression would be received; Administrative Support, which is students’ perception about whether their college protects or punishes free speech; and the FIRE Speech Code Rating, which rates college policies on how they protect or restrict free speech.

The top five schools for free speech in FIRE’s survey are:

These are the bottom five, those least tolerant of free speech, among the 55 schools that were ranked:

FIRE’s survey generated a lot of interesting information. For example:

* More than 60% of extreme liberals said it’s “always” or “sometimes” acceptable to shout down a speaker; compared to 15% for extreme conservatives.

* 37% of Ivy League students say that shouting down a speaker is “always” or “sometimes” acceptable, compared to 26% of students not enrolled at Ivy League colleges.

* Nearly one-third don’t think Trump should be allowed to speak on campus, 22% for Biden.

What’s funny about that last one is that the 22% who don’t think Biden should be allowed on campus are pretty much all, I am certain, leftists.

Much more could be said about this important topic, but I will leave it here for now. More at the links. FIRE is a terrific organization, if you want to donate go here.