What Pennsylvanians Think About Trump 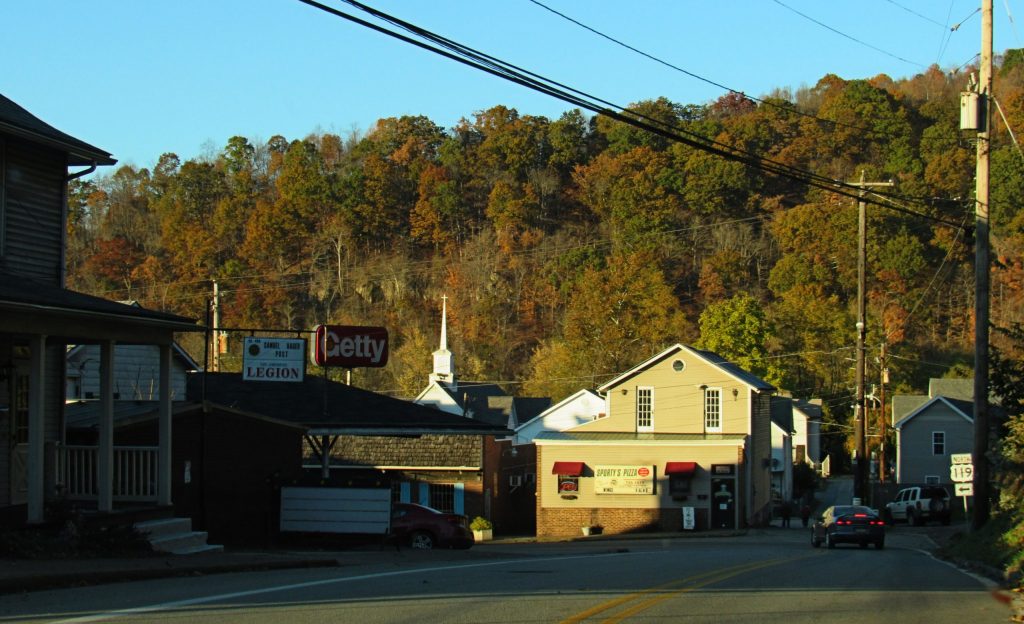 If the word for 2016 flyover voters was “angry” in 2020 it’s “tired.” Anger put Trump in the White House, but it is unclear if tired will work for Biden. The Democrats’ strategy—our candidate isn’t Trump—may leave too many voters staying home.

With the election only about a month away, I spent a couple of days in Pennsylvania talking to people, as it may be the keystone of the swing states, the one to decide the election. It’s a strange place politically, described as “Philly in the East, Pittsburgh in the West, and Alabama in between.” I visited in between, the people I chatted with consisting of those who would talk with me. Sometimes a few words, sometimes a couple of Yuenglings. But before dismissing any conclusions, consider in the current climate just how inaccurate polling is. I found folks slow to discuss what they were thinking, testing to see if I was going to bite them for not wearing a mask, or rant off about America being great again. It took more than “Which candidate do you support?” to learn much.

In the mostly small towns I visited, there were three types of people. Those who’d left a long time ago, those thinking about leaving, and those stuck there. The endless stream of Trump atrocities talked about on TV is not what voters are talking about. What neither candidate seems to address, or even be more than vaguely aware of, is how much on-the-ground economics matters to the people left in these places.

Each town is an archaeological site, old brick buildings that used to make… what? Sometimes there are clues, a mini-mall with far more vape shops than one place needs in a broken industrial cavern with the words American Ribbon still visible on the facade. Other times it’s an unused smokestack filled with echoes of small manufacturing. Look around and you can find the old train depot near main street (it’s either abandoned or a too-cute coffee shop). The tracks themselves are buried like some ancient river.

Nobody really believes the blue-collar, middle-class life they remember is coming back, but they are desperate for a bone. Trump promised in 2016 to do something about the local economy and never really tried. Biden says he will revive things, but leaves hanging the question of why he didn’t do that during his eight years in the White House.

Running on Obama’s record means just that. People cringe when they hear Biden defend Obamacare. Unlike journos who tweet about it while on company-sponsored Blue Cross, these people tried and failed to get good health care instead of just insurance out of the plan. Trump didn’t fix it, but he isn’t Joe telling people it’s all they’re ever gonna get, either.

People remember it was the Democrats who voted for NAFTA and crushed out their last wind (Biden voted for NAFTA) and while Biden claimed in 2008 it should be renegotiated during the Obama years, it wasn’t. It was Trump who renegotiated the agreement, and while that didn’t really help much here it is seen as better than nothing. People like Trump’s trade battles. Nobody is naive enough to think they will change much, but they like to see the pain spread around. “F*ck the Chinese” was heard more than once.

It is hard to overstate how deeply these Americans despise Obama’s response to the 2008 financial crisis. Many saw the values of their homes dramatically decrease. They don’t own much stock outside of flaccid IRAs, and so they benefited little from recovery. Trump certainly did his own best work for Wall Street, but home prices have risen over the last few years, with even an odd twist: much of the area is within an hour or two of New York City, and city people fleeing COVID have driven up sale prices.

There are truths here. SSI, Medicaid, the Earned Income Credit, and housing assistance are a way of life now. One can accept food stamps but still think handouts are for the lazy. People can feel cheated working for minimum wage at a Walmart full of junk made overseas without being anti-immigrant. Legitimate anger doesn’t make you a racist. Trump understands all this better than the Democrats now speaking for their party, and that makes his voters ignore a lot of the things that drive progressives into derangement. Biden meanwhile stumbles to gain relevance, frequently mentioning his roots in Scranton, Pennsylvania. People smile, Midwest-polite, knowing he hasn’t lived there since age 11, 1953, when the place was thriving.

The Democratic strategy misunderstands Trump’s election as a fluke. Instead, Trump stumbled onto something hidden in plain sight. Large numbers of Americans, mostly white and formerly middle class, were angry (whites without bachelor’s degrees make up 55 percent of Pennsylvania’s population 25 or older). They could not find decent jobs and they wanted someone, if not to fix it, to tell them who to blame.

The Democrats tell them to blame themselves for being racist and uneducated—learn to code! Trump tells them it is not their fault. It was because of Obama, it was the Chinese, it was the Democrats, immigrants. Neither narrative is complete but which one will find residuals of that anger to drive turnout? Hint: The area went for Trump in 2016. Prior to his victory, Pennsylvania voted Democrat in six straight presidential elections. Based on new registrations, Democrats lost more Pennsylvania voters in the last four years than they gained. More Democrats abandoned their party to become Independents compared to Republicans.

People worry Biden is a Trojan Horse; not a single person could name a Biden signature policy initiative. They worry Democrats who don’t understand them will really be in charge. To some it seems men, old people, straight people, entire regions of the country, are being excluded. It isn’t status anxiety but a sense that what used to be a difference of political opinion now makes someone illegitimate as a person. They hear those who may soon be running the government call them haters just because they are poor and white. While Trump is a known element, Biden could mean Obama without the gravitas, or he could mean a Pelosi regency, or a progressive charge of night riders led by Harris. Like Biden, Trump is old and sick, but if not Trump you get Pence, not the deluge.

When people are excluded from the most important decisions affecting their lives, they lose faith. That bitter lived experience fueled distrust and an ideological drift that manifested itself in electing Trump in 2016 (it could have just as easily elected Bernie over Trump then). And that distrust hasn’t dissipated enough for many to vote Democrat, even if they won’t vote Trump. Many of the people of color I met felt the same way as their white neighbors. Having started at the same place in the factories and fallen together into poverty, they ended up in the same dismal state as whites. A big difference, however, is that black frustration often shows up as low voter turnout, while whites vote Republican.

Who wins Pennsylvania seems a battle of enthusiasm. Little-understood by the coastal MSM is the important role of conservative talk radio in these areas. People spend a fair amount of time in their vehicles, and they listen to regional and local talk radio sometimes for hours. Nobody in New York pays much attention to these very conservative hosts, many mixing religious and political themes. They are skillful in using listener call-ins to make it seem an agenda is organic when it is driven. The idiots who draw conclusions from Twitter have no idea how powerful a force this may be in driving a turnout which will favor Trump.

For example, a lot of talk radio focuses on sports. Sports are a big deal out here, high school, college, and the pros. Nobody is happy to see games canceled because of COVID, and few seemed happy about the massive political tumor growing on sports, even if they supported the general ideas of BLM. “Save it for off the field,” was what most said. Extreme loyalty toward a team has replaced a lot of other loyalties—country, government, religion, party—in these people’s lives and should not be messed with lightly. It looks like just an affinity for the Yankees or the Nittany Lions, but there is deeper water underneath. Trump’s role in getting the Big Ten teams back on the field was not overlooked. Meanwhile, with a Democratic Governor, there’s no homecoming, no trick-or-treat, not much to do but hang at Walmart.

If many of the yellowed issues the MSM cares about come up a wash between Trump and Biden, don’t underestimate this kind of small-but-it-matters-to-me thing. For an exhausted electorate, tired now of being tired, that might just be enough.

Peter Van Buren, a 24-year State Department veteran, is the author of We Meant Well: How I Helped Lose the Battle for the Hearts and Minds of the Iraqi People, Hooper’s War: A Novel of WWII Japan, and Ghosts of Tom Joad: A Story of the 99 Percent.