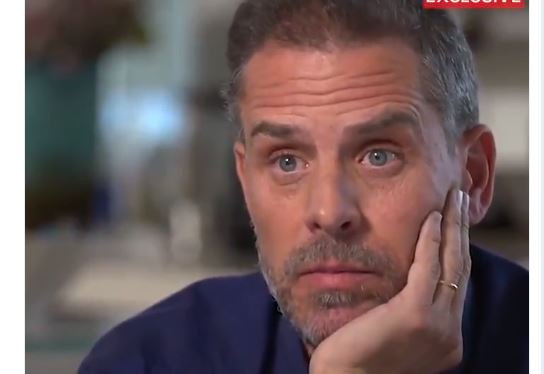 Trump knows more about Hunter than his own father. pic.twitter.com/JSFyKAED8X

Today Google searches for Hunter Biden are up TEN-FOLD over the last week! 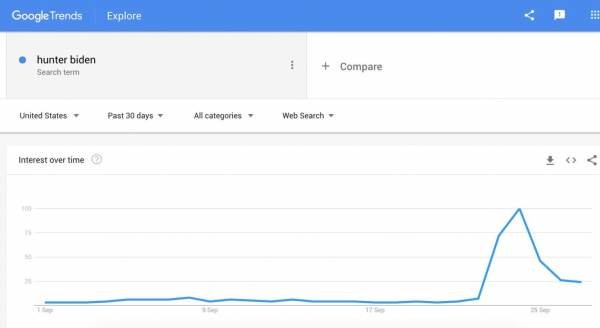 Google searches for “Hunter Biden” are up ten-fold since the debate.

As reported in November 2019 by Cassandra Fairbanks — Hunter Biden’s fondness for strip clubs continues to unfold, revelations came out on Wednesday that not only did he impregnate a DC stripper, he also had sex toys used on him by dancers at the Hustler Club in New York City.

Page Six also revealed earlier that Biden was suspected of smoking crack in the VIP lounge of a DC strip club.

And earlier we found out an Arkansas woman gave birth to Hunter Biden’s child and the paternity test proved it was his.

And now we know the stripper’s stage name was “Dallas” and that Hunter Biden fathered the child while dating his deceased brother’s wife.
Every family has its issues.

And now this–
Hunter Biden sent “thousands of dollars” to people who appear to be involved in the sex industry, including non-resident alien women in the US who are citizens of Russia or Ukraine!

Hunter Biden sent “thousands of dollars” to people who appear to be involved in the sex industry, according to a report released Wednesday by Republicans in the US Senate.

The report says unspecified records show that Biden “has sent funds to non-resident alien women in the United States who are citizens of Russia and Ukraine and who have subsequently wired funds they have received from Hunter Biden to individuals located in Russia and Ukraine.”

“The records also note that some of these transactions are linked to what ‘appears to be an Eastern European prostitution or human trafficking ring,’” the report says.

The allegations are contained in a footnote to a section of the report that details potential “criminal concerns and extortion threats” involving the son of former vice president and Democratic presidential nominee Joe Biden and other members of the Biden family.

Larry C. Johnson: When It Comes To Bribery, Russian Collusion and Prostitution the Democrats and Media Ignore Hunter Biden’s Complicity