The Shame of Chris Wallace 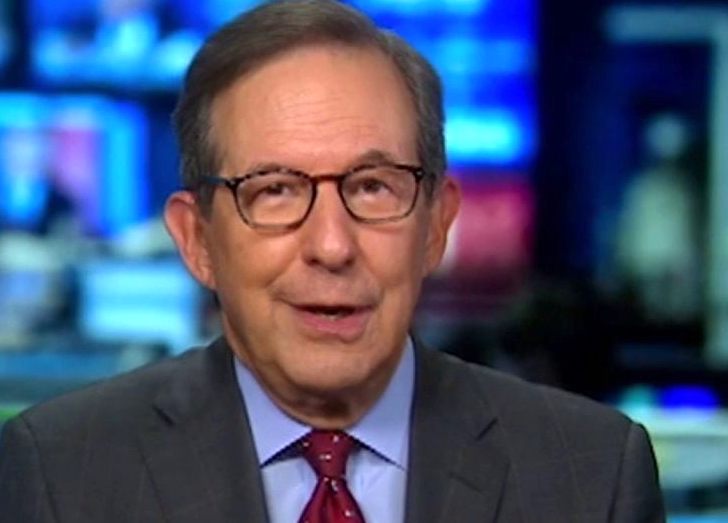 I had not intended to write anything further about Tuesday night’s presidential debate, but the fact that the Left has falsely accused President Trump of refusing to disavow white supremacists, along with a review of the relevant portion of the debate transcript, have changed my mind.

But first: America’s cities have been burning over the last four months. Seattle, Portland, New York, Chicago, Minneapolis, Kenosha, Louisville–all have suffered tremendous and possibly irreversible damage. This destruction has come at the hands of the Left, in the persons of Antifa and Black Lives Matter. There has been no rioting, no arson, no looting, by any conservative groups. All such criminality has come from the Left, specifically Antifa and Black Lives Matter, two organizations that act so consistently in concert that there no longer seems to be any distinction between them.

That is the background to Chris Wallace’s disgraceful conduct on Tuesday:

WALLACE: Okay, you have repeatedly criticized the Vice President for not specifically calling out Antifa and other left-wing groups. But are you willing, tonight, to condemn white supremacists and militia groups? And to say that they need to stand down and not add to the violence in a number of these cities, as we saw in Kenosha, as we’ve seen in Portland? Are you prepared specifically to do that?

Note that Wallace never asked Biden to disavow Antifa or BLM, and in fact Biden has not done so. The riots in Portland and Kenosha were carried out by Antifa and BLM, not by any right-wing groups. Apparently Wallace’s theory is that leftists are entitled to riot, loot and burn down cities with impunity and without criticism or opposition.

TRUMP: Sure, I’m prepared to do it.

So the Left’s claim that Trump refused to condemn “white supremacists” is false. Trump continued by telling the truth:

I would say- I would say, almost everything I see is from the left-wing, not from the right wing-

But that wasn’t Wallace’s chosen narrative. Wallace cut the president off, as he did so often throughout the debate:

TRUMP: I’m willing to do anything, I want to see peace.

WALLACE: Then do it, sir.

This is deeply dishonest on Wallace’s part. President Trump has already “done it.” But Joe Biden sees his chance to piggyback on Wallace’s dishonesty:

We are in Never-Never-Land here. Where is the call to denounce the leftists who actually are burning down American cities? Much of my own city, Minneapolis, is either in ruins or boarded up for fear of more rioting, arson and looting. It wasn’t done by “white supremacists and right-wingers.” Still, President Trump tries to go along with Wallace’s delusional narrative. And Joe Biden again jumps in:

TRUMP: Proud Boys, stand back and stand by.

Trump is obviously trying to comply with Wallace’s demand that he “say that they need to stand down.” Trump has since said that he knows nothing about the Proud Boys, a credible claim. I don’t know anything about them either, except that they have never burned down a city.

Trump continued, trying to return the focus to where it belongs, on the violent Left:

Again, Trump is 100% correct. But Joe Biden takes advantage of Chris Wallace’s running interference for him and for the Left:

BIDEN: His own FBI director said — white supremacists. Antifa is an idea not an organization. Militia —

This is an insane assertion. Antifa obviously exists. “Ideas” don’t assault innocent passers-by, burn down buildings, loot stores, attack police officers, and so on. Ask anyone who lives in a city that Antifa and BLM have devastated. Crosstalk ensues, but the supposedly “neutral” Chris Wallace moves on before any intelligible discussion of Antifa can take place:

TRUMP: Oh you’ve got to be kidding me.

TRUMP: Well then, you know what —

WALLACE: Gentlemen, we’re done, sir. We’re going to go on to the next-

BIDEN: Everybody in your administration tells you the truth that that’s a bad to bad idea. You have no idea.

WALLACE: Gentlemen, we’re now moving on to the Trump and Biden records.

So the number one issue in the 2020 campaign, the devastation inflicted on American cities by the far-left organizations Antifa and BLM, which Joe Biden refuses to disavow, was never explored. Because Chris Wallace is determined to drag Joe Biden’s sorry carcass into the White House, by hook or by crook. This was a truly shameful performance by Chris Wallace, and the American people are the losers.