Most Beautiful First Lady Ever Is Also Brilliant Political Analyst 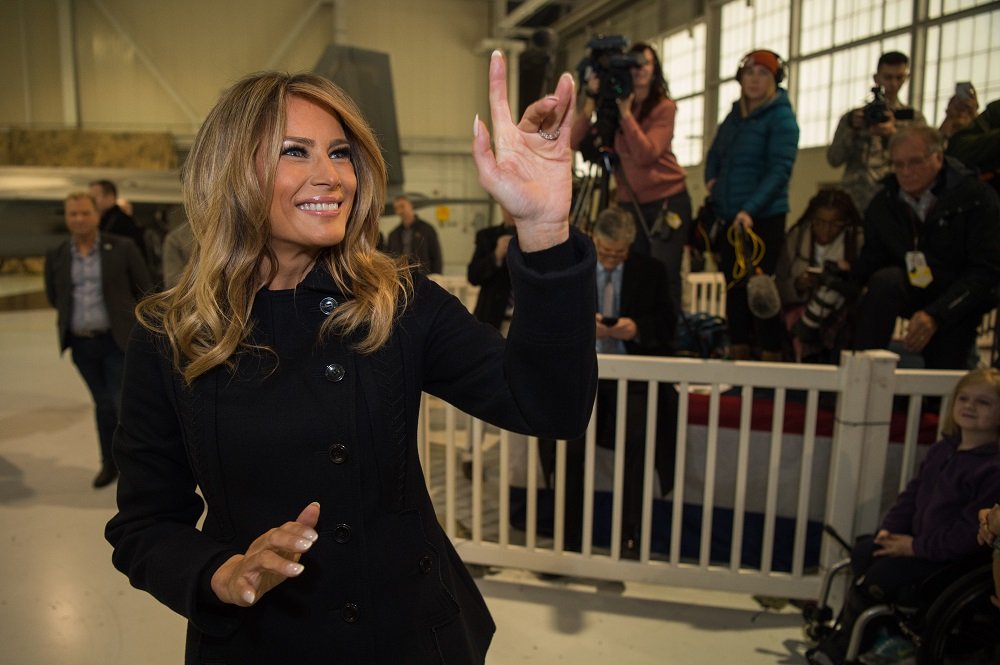 Melania Trump, America’s beautiful mystery, is privately a trenchant political analyst with a keener power of observation than just about every sweaty, bespectacled nerd on CNN. The delightful irony here is it’s only thanks to CNN that we know this.

Stephanie Winston Wolkoff, a woman who seems to have milked her former friendship with the first lady for profit at least twice now, secretly recorded Melania gleefully reveling in the deeply underrated sport of “driving liberals crazy” and ranting profanely about the thankless work of planning White House holiday decor. “Who gives a f-ck about Christmas stuff and decoration?” she asked.

Winston Wolkoff sat on these gems from 2018 until she had a tell-all book to sell, releasing them to CNN a month before the presidential election, somehow convinced it improved her credibility as a human being while also eroding the first lady’s. Of course, to everyone outside Manhattan, Winston Wolkoff looks like a silly grifter for recording her close friend, then saving the tapes for a spot on “Anderson Cooper 360″ to peddle a book only made possible by shameless betrayal. But that’s show biz, baby.

Meanwhile, we’ve learned that Melania, a riddle wrapped in an enigma wrapped in Ferragamo, pairs high-fashion with brilliant profanity, a beautiful James Carville with a more intelligible accent and slightly less balding. That her steely public demeanor masks a breezy but authoritative contempt for the haters is a profoundly helpful revelation when it comes to Melania’s public image.

What’s more is that she’s right. The sneering political class is wrong. What’s even better is that she’s savage enough to be amused by it all. “I’m driving liberals crazy, that’s for sure… and they deserve it,” Melania laughed.

It’s possible the recordings were edited, but in the context of the clip, her complaint about Christmas decor actually seems to be a complaint about the tradition’s comparative triviality. She rightfully hammers the media for hypocritically whipping the public into a frenzy over child separations at the border under Trump but not Obama. She demonstrates a detailed understanding of the issue. She knows why the media treats her badly. And she’s confident enough to laugh it off.

Winston Wolkoff, on Cooper’s show, attacked her former friend for having “no understanding.” It’s, of course, the very opposite. Winston Wolkoff lacks all understanding, as evidenced by her bizarre decision to parade these tapes around for profit like they disqualify Mrs. Trump, who’s actually correct about pretty much everything in the leaked (but hilarious) audio.

There’s something sublime about knowing our glamorous first lady speaks privately like a lib-owning “Hannity” lover. The mystery of Melania grows ever more intriguing. Prayers for a swift recovery.