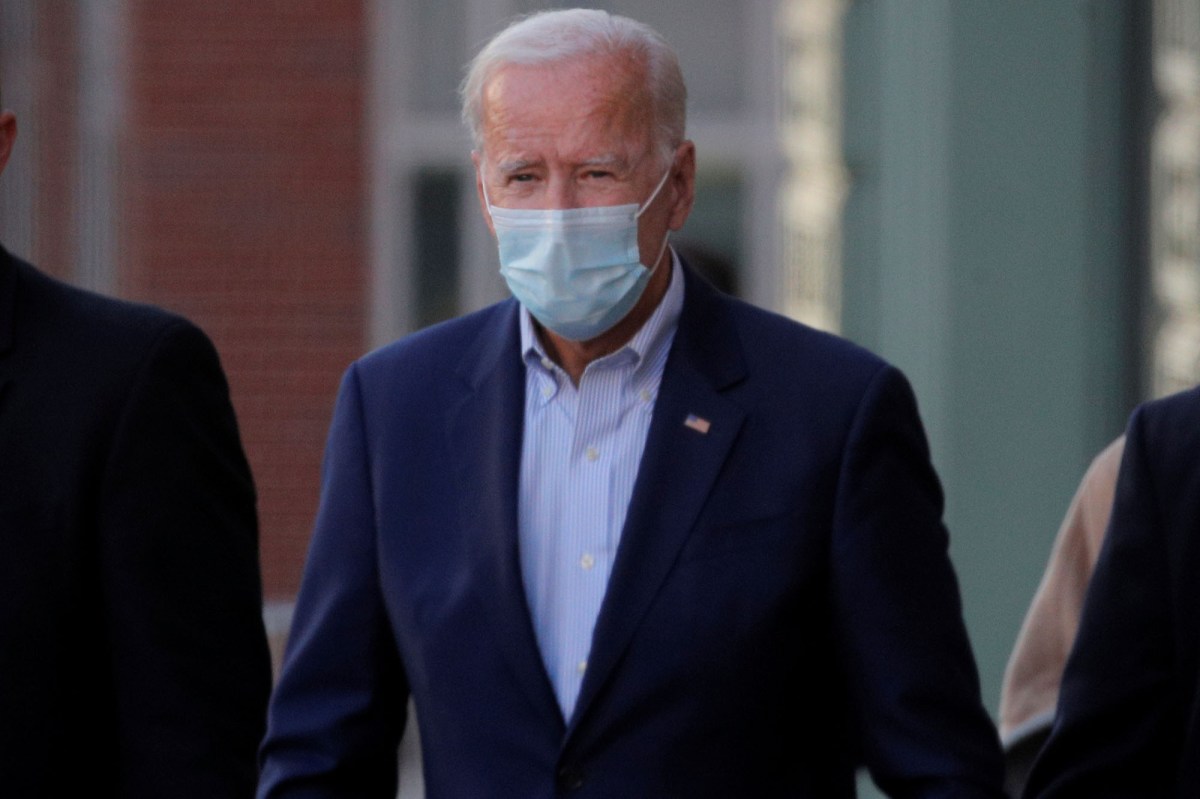 NEW YORK — Democrat Joe Biden opened his widest lead in a month in the US presidential race after President Donald Trump tested positive for the coronavirus, and a majority of Americans think Trump could have avoided infection if he had taken the virus more seriously, according to a Reuters/Ipsos poll released on Sunday.

The Oct. 2-3 national opinion poll gave little indication of an outpouring of support for the president beyond Trump’s core group of followers, some of whom have gathered outside Walter Reed National Military Medical Center, where the president has been hospitalized.

Trump has repeatedly dismissed the severity of the pandemic as something that would disappear on its own, chiding Biden as recently as last week for wearing a protective mask, even as the coronavirus infected millions of people and forced businesses and schools to close.

Among those adults who are expected to cast ballots in the Nov. 3 election, the poll found that 51% were backing Biden, while 41% said they were voting for Trump. Another 4% were choosing a third-party candidate and another 4% said they were undecided.

Biden’s 10-point edge over Trump is 1 to 2 points higher than leads Biden posted over the past several weeks, though the increase is still within the poll’s precision limits of plus or minus 5 percentage points.

With about a month to go before the election, Biden has maintained an early advantage in securing the national popular vote. But to win the presidency, a candidate must prevail in enough states to win the Electoral College, and state polls show that Trump is nearly as popular as Biden in battleground states.

Trump, 74, was transferred to Walter Reed on Friday, hours after tweeting that he was diagnosed with COVID-19. The announcement set off a dizzying split-screen experience for many: as media alerts lit up cell phones and television chyrons about Trump feeling feverish and needing oxygen, several other Republican leaders who had been in close proximity with the president announced that they, too, had tested positive.

Most Americans continue to be deeply worried about the virus, and the poll found that 65%, including 9 in 10 registered Democrats and 5 in 10 registered Republicans, agreed that “if President Trump had taken coronavirus more seriously, he probably would not have been infected.”

Only 34% said they thought that Trump has been telling them the truth about the coronavirus, while 55% said that he was not and 11% were unsure.

Of those polled, 57% of Americans said they disapproved of Trump’s response to the COVID-19 pandemic overall, up about 3 points from a poll that ran late last week.

Americans also appear to be largely supportive of curtailing the 2020 presidential race to ensure everyone’s safety.

Sixty-seven percent of Americans want to stop in-person campaign rallies and 59% think the presidential debates should be postponed until Trump recovers from the coronavirus.

The Reuters/Ipsos poll was conducted online, in English, throughout the United States. It gathered responses from 1,005 US adults, including 596 likely voters.

Only about 61% of voting-age Americans actually voted in the 2016 election.