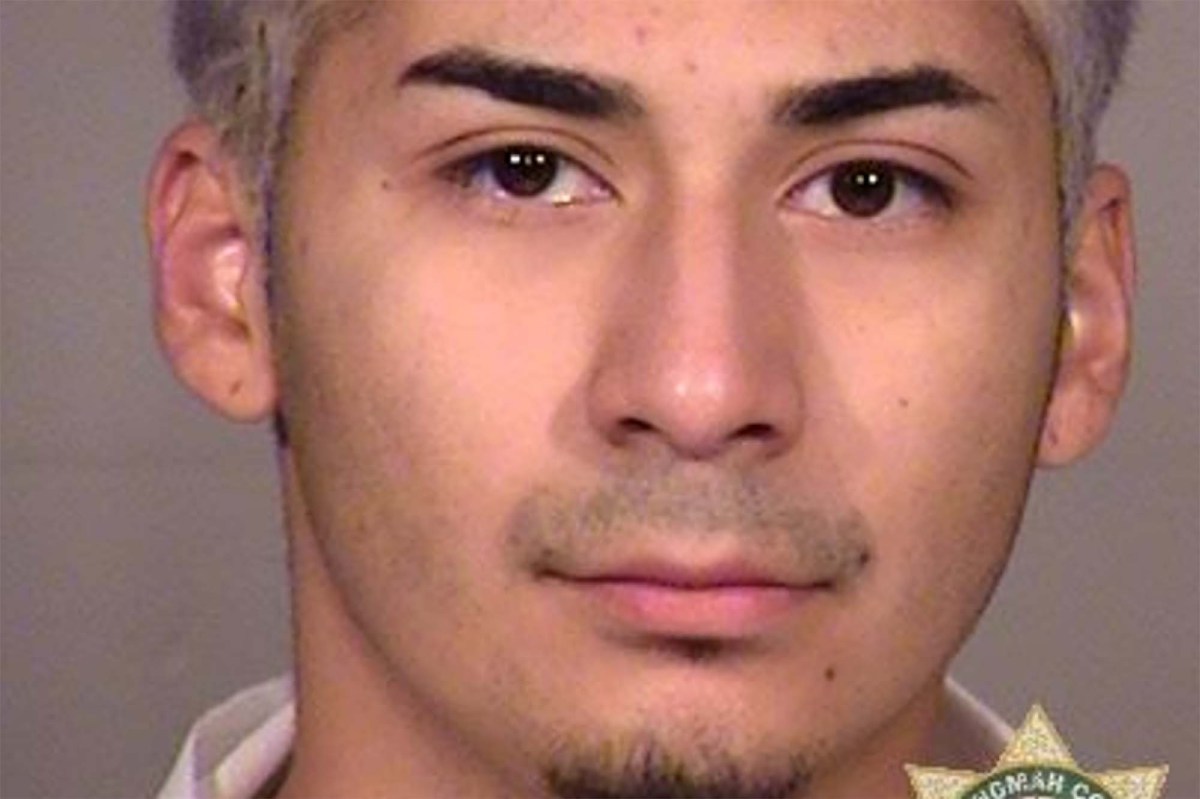 A restaurant owner in downtown Portland is recovering after a man, who police suspect might be homeless, stabbed him in the back and shoulder last week after refusing to pay the bill.

Moses Trujillo-Rodriguez, 23, was arrested Tuesday on second-degree assault and unlawful use of weapon charges and booked into the Multnomah County Jail, KATU reported. He’s listed as homeless in court documents, according to Fox 12 Oregon.

Leo Khoury, the owner of Habibi Restaurant, said Friday he’s still shaken after the incident and wore bandages covering two- to three-inch gashes on his lower back and left shoulder, Fox 12 reported.

“I just start shaking if I see anybody walk inside the restaurant, I just get scared,” Khoury said.

Police responded to Habibi Restaurant, a Lebanese eatery on Southwest Morrison Street, around 7:30 p.m. Tuesday. Officers arrived at the scene to find Trujillo-Rodriguez sitting in the bushes about two blocks away from the restaurant, surrounded by several employees.

Witnesses told police that Trujillo-Rodriguez ordered a meal, had finished eating, and then became irate when he was given his check. He began yelling and refused to leave the establishment as employees prepared for closing, prompting Khoury to dial 911.

That’s when Trujillo-Rodriguez allegedly stabbed Khoury in the back, slashed his arm, and ran outside, according to the witnesses. Several employees chased after him, Saba Saada, a server working at the time, told Fox 12.

Khoury, who immigrated from the Middle East decades ago, said he was raised to help the homeless, but Saada said the problem has worsened and business owners have asked the city for help.

“Since he was young, he wanted to open up a restaurant called Habibi. He worked really hard as a server in the beginning, started saving up his money, and opened up this little place.” Saada told KOIN, referring to Khoury. “I know all the owners here tried to talk to the city about the homeless problem to try to find a solution, but nothing happened about it yet.”

Khoury was treated at Oregon Health and Science University Hospital.