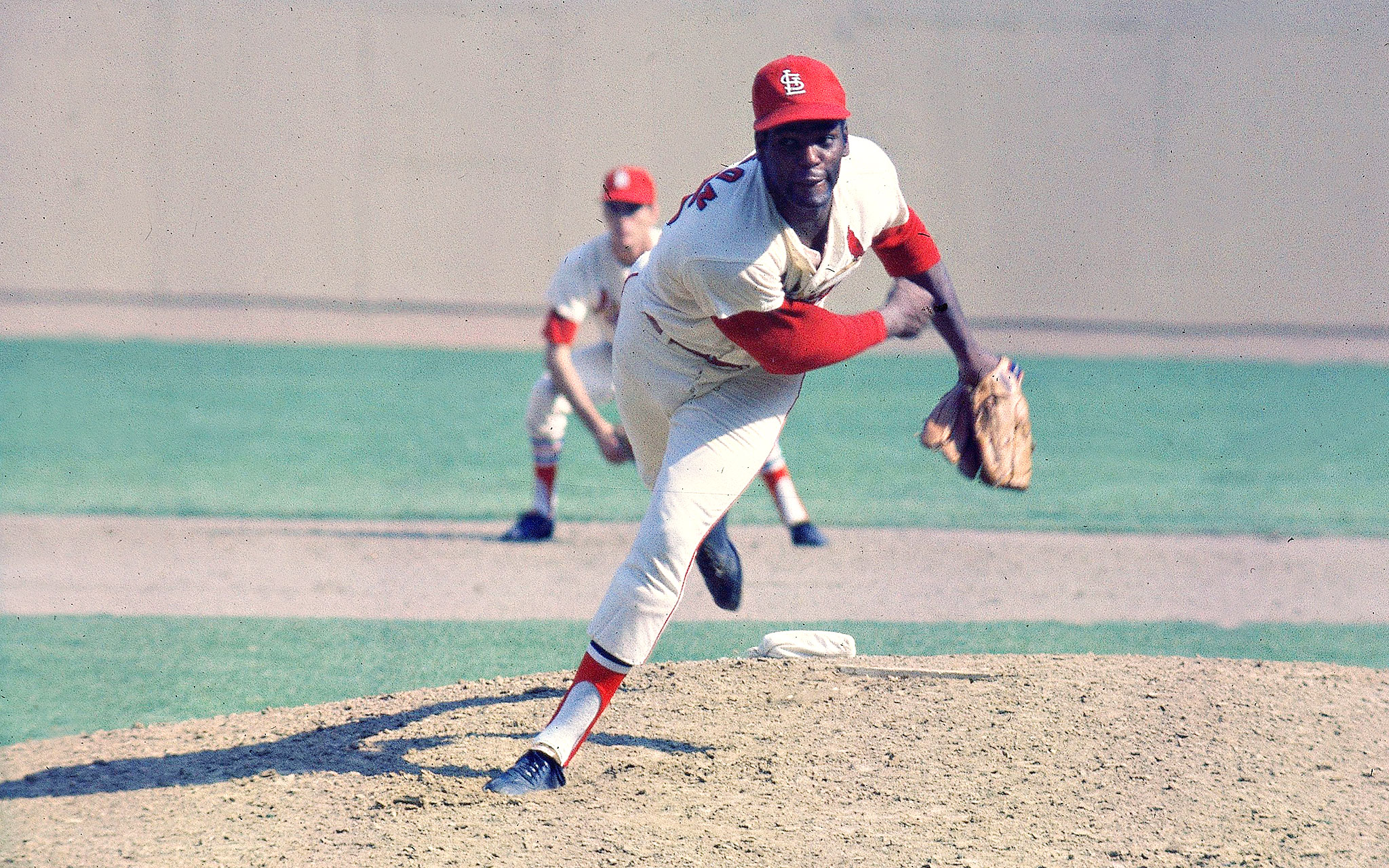 Bob Gibson died this week at the age of 84. Major League baseball’s website has posted a fine tribute to this great pitcher, one of the 20 best starters of all time for my money.

With his seven World Series game wins across three Series, his record-breaking performances in 1968 (after which the pitchers’ mound was lowered), and his unforgettable intimidating presence, Gibson was arguably the most important major leaguer of the 1960s.

(Sandy Koufax was a better pitcher, but he was done after 1966. Willie Mays and Hank Aaron were the dominant hitters, but collectively they played in only one World Series during the 1960s.)

Therefore, it’s not surprising that Gibson is a recurring character in my “This Day in Baseball History” series. A search found 20 Power Line posts in which Gibson’s exploits figured.

Here’s one about Gibson’s first two World Series wins — Games 5 and 7 of the 1964 Series against the New York Yankees. Pitching on short rest in Game 7, Gibson gutted out a complete game victory to give the Cardinals their first world championship since 1946.

This one is about Gibson’s return to the Cardinals late in the 1967 season after missing two months due to a broken leg. He labored in that start, but picked up the win. He then added four outstanding starts that confirmed he was ready for the 1967 World Series against the Boston Red Sox.

Here is Gibson gaining his third straight World Series complete game victory in the Cardinals’ Game One win over the Red Sox. After repeating the feat in Game 4, Gibson led to Cards to victory in the decisive Game 7 with his arm and bat, pitching yet another complete game.

During the 1968 regular season, in which Gibson’s ERA was a miniscule 1.12, he threw five straight shutouts and eight shutouts in a span of 10 starts. I wrote about this incredible feat here.

This post touches on Gibson’s record setting performance in Game 1 of the 1968 Series, in which he struck out 17 Detroit Tigers on the way to a 4-0 win, as well as Gibson’s 10-1 victory in Game 4. At this point, the man known as “Hoot” had seven straight complete game World Series wins.

In a Game 7 for the ages, Gibson was outdueled by Mickey Lolich. However, it took a defensive lapse by Curt Flood to break a scoreless tie in the seventh inning. Otherwise, who knows how long that game would have gone before one of the pitchers cracked?

In 1969, it took until the final game of the season for Gibson to notch his 20th win. I wrote about that game here. The following season, Gibson won 23 games and his second Cy Young award.

Even with all of these accomplishments, it’s Gibson fierce competitiveness for which he probably is best remembered. In his book about the 1964 season, David Halberstam lists the things that Gibson, the competitor, would not “permit” opponents to do. One of them was trying to bunt for a hit against him.

In a game against the Dodgers (if I recall correctly), the opposing leadoff batter was a speedy rookie. In his first appearance against Gibson, he bunted for a hit.

Gibson retired the next eight batters before the rookie came up again. Once again, the kid bunted for a hit.

In appearance number 3, Gibson’s first pitch smashed into the rookie’s helmet, knocking him down and nearly out. Gibson took a few steps towards the fallen batter and yelled: “Bunt that, a**h***.”