The Real Challenge to Putin’s Power 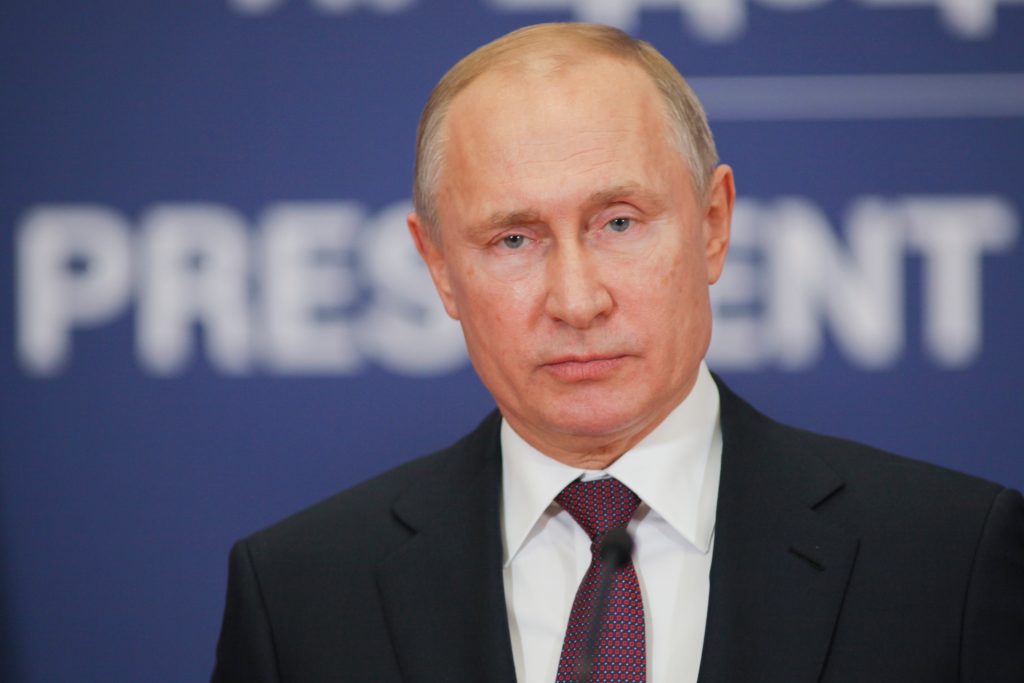 While Alexey Navalny was wooing the Western media, Alexey Nechaev was building a coalition back home.

Russian regional and municipal elections last month gave Vladimir Putin quite a comeuppance, as United Russia suffered from anemic turnout and severely underperformed expectations. The resulting cracks in the wall of de facto one-party rule in Russia should pique the interest of Beltway insiders perhaps more than the internal political affairs of just about any other nation, given competing objectives of Washington and Moscow in numerous corners of the world. A weakened Kremlin at home means less power projection abroad.

For exactly that reason, when the dissident Alexey Navalny turned up in a Berlin hospital with an acute case of poisoning in late August, he became a global media sensation overnight and an avatar for anti-Russian sentiment. Approaching these bellwether regional elections, he was portrayed as some kind of kingmaker who would lead the masses against their oppressor from his hospital bed.

This superficial treatment is not trivial. It leads to heaping praise on Navalny without critical consideration, especially because his anti-Putin antics over the years have given Western observers a vicarious thrill of the neo-conservative and neo-liberal “they want to be like us” variety. However, those sentiments put the U.S. at risk of policy-making fueled by headlines instead of by reality.

When it comes to actual electoral politics, Navalny has been something of a gadfly, having launched several failed attempts to start new parties. As a candidate himself, he ran for Mayor of Moscow in 2013, and he attempted to run against Putin for President in 2018, only to be blocked by the not-very-independent Russian judiciary. Last year, he endorsed independent candidates for the Moscow city council.

But never did Navalny demonstrate the organizational skill to create a viable political structure with any longevity. This is a familiar story to anyone who has worked in post-authoritarian political environments; the graveyard is littered with failed attempts to build a counterbalance to the regime. So how did Putin manage to lose so much ground in the 2020 regional election, if the supposedly heroic dissident Navalny demonstrated no actual organizational aptitude?

While Alexey Navalny tilted at windmills in a quixotic quest to earn himself a fancy title, there was another Alexey putting a plan in place to build a real foundation for political success. Alexey Nechaev, a 54-year-old direct marketing entrepreneur, founded a center-right party aptly called New People in March of this year. Less than six months later, the party had managed to collect 300,000 signatures to put candidates on the ballot for regional and municipal elections.

Normally narcissism and politics go hand in hand, but Nechaev managed to eschew this trend. Not only did he avoid making New People a personality cult, as so often happens in similar scenarios, but he embedded anti-elitism into the party’s platform, even calling for a ban on VIP privileges for politicians’ cars. The party put the focus more on its manifesto and specific policy planks that frustrated citizens would find appealing and reasonable. For example, reducing the temptation of corruption by doubling salaries of policemen and giving them better benefits, holding elections for key local law enforcement officials, and reducing tax rates for self-employed people.

It worked. New People was among the top 5 parties in every region. In Tomsk, for example, a key Siberian city, New People surpassed 15% of the vote, in addition to earning 7% of the vote or more in key regions like Novosibirsk, Kostroma, and Kaluga. Of course, some of these impressive scores can be attributed to depressed turnout for Putin’s United Russia, which saw its raw vote total decline by nearly 35%, while the total number of non-United Russia votes stayed flat. But undoubtedly New People did its homework to make sure that it got a huge share of that pie as a newcomer.

Bizarrely, nowhere in any mainstream media reports does this—the real story of Russian political change unfolding—appear. Rather, their lazy narrative seems to be that Navalny, who never built any sustainable political structure before, holds such weight in the Russian hinterland that somehow his endorsements of selected candidates boosted them to success. The truth is that most of the candidates he endorsed were bound to win anyway, including some from the list of New People. Navalny’s 11th hour support from a hospital bed in a foreign country did not make him a kingmaker any more than taking a selfie in front of the White House makes one a U.S. president.

All of this sets up a competition between the two Alexeys in leading the opposition in Duma elections next year: the professional self-promotion artist Navalny, or the steady strategist Nechaev? In either case, if United Russia has similarly low turnout, Putin’s grip on power will be considerably more tenuous, which will make the Kremlin less capable to project power and compete with American interests abroad. Based on last weekend’s results, those who watch Russian foreign policy closely have a new domestic angle to consider.

George Ajjan, an American political strategist, has worked on campaigns and political projects in 20 countries on five continents.