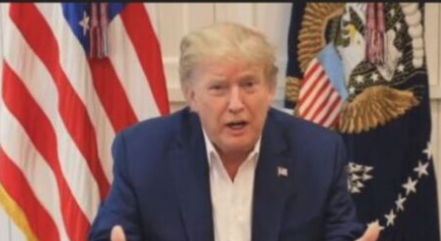 I take it that he has been through a rough patch. He is recovering and feeling better. His message conveys gratitude all the way around. “I think I’ll be back soon,” he says.

Bill Jacobson comments at Legal Insurrection: “Trump is the master of the reality show, and now he is the complete center of attention with the whole world watching. Trump meets Survivor. You will watch. You can’t not watch.”