Alexei Navalny survived poisoning but can he survive Putin? 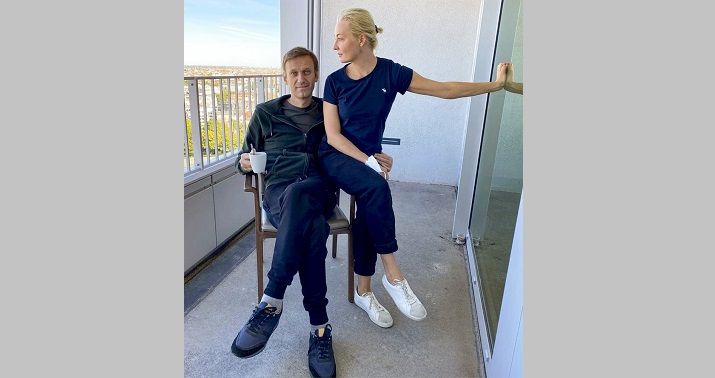 As we learned a couple of weeks ago, Russian dissident Alexei Navalny bounced back in rather remarkable fashion, going from being in a medically induced coma after being poisoned with Novichok agents to walking out of the hospital under his own power in a matter of weeks. While recuperating in Germany and planning his return to Russia, Navalny was quick to get back to his usual role of being a huge thorn in Vladimir Putin’s side. Normally, he supports opposition candidates and accuses Putin of corruption, but this time he had a new headline to tout. He flatly accused Putin of being responsible for his attempted assassination.

As you might imagine, this didn’t sit well with the Kremlin. Putin sent out his media henchmen to begin a campaign to blunt Navalny’s accusations and undermine his support. They accused him of working with the Central Intelligence Agency, making him look like a foreign agent. They also called his claims about Putin’s involvement “insulting and unacceptable.” (Washington Examiner)

Six weeks after he was poisoned with Novichok, a highly concentrated and lethal nerve agent, Alexey Navalny is now back at work. Still recuperating in Berlin, Navalny is again calling out the Russian government.

Speaking on Thursday, Vladimir Putin’s chief spokesperson reacted fiercely to Navalny’s allegation that Putin was responsible for his poisoning. Navalny is correct in his assertion. As I noted on Sept. 10, Novichok agents are only accessible to the big three Russian intelligence services (the FSB, the SVR, and the GRU) and only deployable with Putin’s approval. Saying the same thing to the German magazine Der Spiegel, Navalny has clarified what no one in the Kremlin wants to admit — that Navalny’s assassination cannot be excused as the work of a few disgruntled Chechens.

The denials from Putin’s spokespeople are easily disproven. As Tom Rogan pointed out at the Examiner, the rules regarding the use of Novichok in Russia are well known in intelligence circles. Navalny pointed out the same thing during his recent interview with Der Spiegel. There are only three people in Russia who could authorize the use of that poison. Those would be the heads of the Federal Security Service (FSB), the Foreign Intelligence Service (SWR) or the infamous GRU. And not one of those three men would pull the trigger on a plot like this without getting Vladimir Putin to sign off on it.

Rogan correctly observes that Navalny has once again managed to get under Putin’s skin and is making the powers that be in the Kremlin nervous. They don’t like all the attention that this case is drawing internationally. Germany is already threatening to cancel a major pipeline project that they’ve had in the works with Russia over Putin’s refusal to investigate the poisoning. And even if they weren’t, Putin’s ego is too large to let something like this pass without a response.

But the real question for Navalny is precisely what sort of response that will be. Putin has already ordered numerous raids on the dissident’s offices, the seizure of his papers and computers and drummed up criminal charges against him. And yet Alexei Navalny persists in his very public efforts to call out the corruption inside the Kremlin. That situation no doubt led to the initial effort to poison him. If the plan had gone as Putin’s henchmen no doubt imagined, Navalny would have died quickly inside of Russia and some alternate explanation for his death would have been released. But with his survival and very public accusations lighting up the media world, we have to wonder if Putin won’t decide to take a more “direct” approach to solve this problem than some poisoning scheme.

If I were Navalny, I would make sure that I stayed very visible at all times, particularly when he returns to Russia. He should have cameras rolling whenever he leaves or even returns to his home and keep plenty of witnesses around. Vladimir Putin isn’t exactly known for either his tolerance or his subtlety. If poison didn’t do the job, I wouldn’t be the least bit surprised if they try a bullet next time.