Barrett confirmation likely to proceed as planned, no thanks to White House announcement event 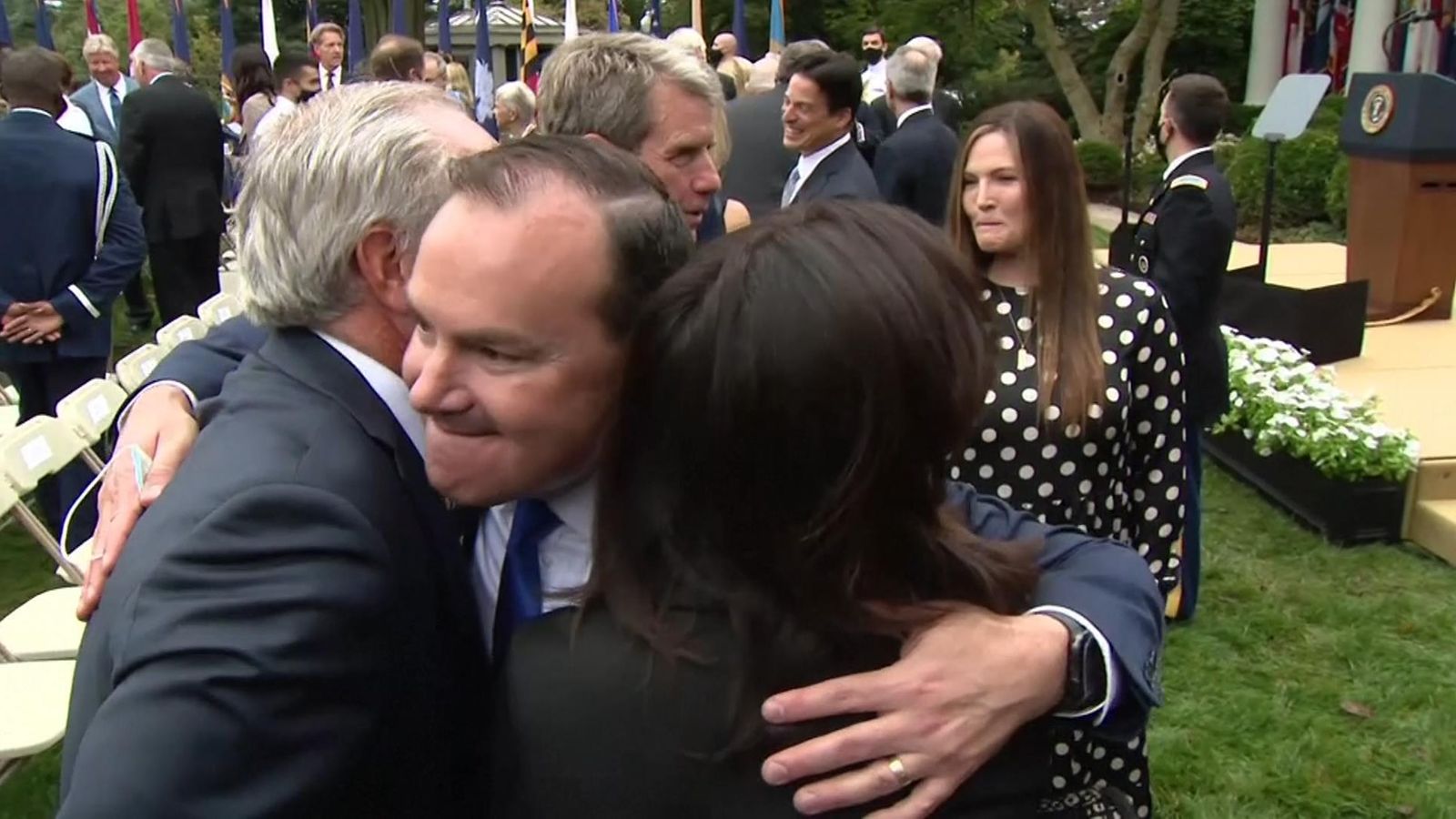 Democrats are calling for a delay in the confirmation hearing of Amy Coney Barrett on the grounds that two members of the Senate Judiciary Committee — Mike Lee and Thom Tillis — have tested positive for the Wuhan coronavirus. This tactic comes as no surprise. I’m pretty sure that if roles were reversed, Republicans would be calling for delay on the same grounds.

I don’t think there is any need for delay. I hope that Lee and Tillis will be cleared to participate in person when the hearings begin on October 12 and that no other members will test positive in the meantime. If Lee and Tillis (or any other member) can’t show up, they can appear remotely. Senators Klobuchar, Tillis, Hirono, and Blackburn appeared remotely in May at the confirmation of Justin Walker for the D.C. Circuit.

If the virus strikes the Committee to the point where hearings can’t start on October 12, and if this results in no confirmation vote before Election Day, the process can, and should, be completed thereafter. I would be troubled by a lame duck Senate confirming a lame duck president’s Supreme Court nominee (assuming, for purposes of discussion, that President Trump loses). However, if the process is delayed by exigent circumstances like illness, completing it after the election will be less problematic.

Ironically, though, the White House ceremony announcing Judge Barrett’s nomination might very well have caused the virus to spread, thus conceivably making her confirmation less certain. Indeed, it may be that Trump was infected at that event.

In my view, the event was conducted in an irresponsible manner. A crowd of about 150 people was seated close together. Virtually no one wore a mask — not even people who, by virtue of their age or other factors, are at a heightened risk of dying from the virus.

Mike Lee and Thom Tillis were present, as were others who recently tested positive, including Trump. Photos show Lee hugging people.

The main event was outdoors, but it was preceded by an indoor gathering which included Trump, the First Lady, Lee, Tillis, and Chris Christie, who has also tested positive. Christie would seem to be at high risk given his gender, weight, and history of asthma. He has been hospitalized. There were additional gatherings after the outdoor ceremony.

Do Christie and Lee have the sense they were born with?

President Trump accepted his party’s nomination for president during a similar, but larger event on the White House lawn. As with the Barrett event, very few attendees wore masks.

I worried that the acceptance speech event might cause infections. It does not appear to have done so — perhaps because there was no indoor gathering, perhaps due to luck.

But the president’s luck may have run out. I don’t think the Barrett nomination is in serious jeopardy as a result. However, there may be other serious adverse consequences from the White House lawn event in terms of health and politics.