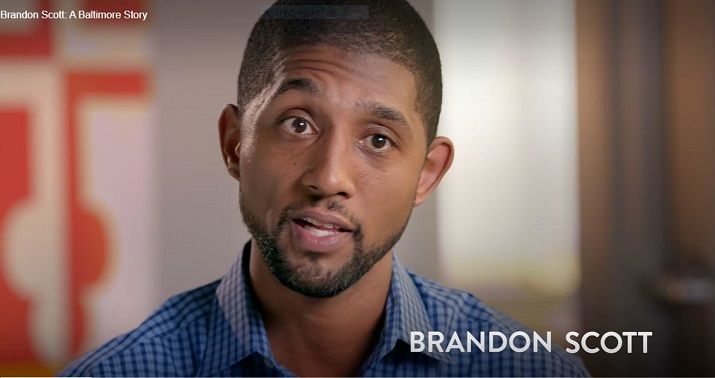 I should probably clear up any potential confusion caused by the title of this article right at the top. Baltimore City Council President Brandon Scott isn’t technically the incoming Mayor of Charm City. At least not yet. That title won’t be bestowed upon him until November 4th. But he won the primary in the mayoral race earlier this year, so there’s really no mystery left to the question. Democrats literally outnumber Republicans by a ten to one ratio in Baltimore, so the general election there tends to be more of an afterthought than anything else. Barring a comet hitting the city in the next few months, Council President Scott will be sworn in as the next mayor.

He’s already making something of a name for himself in terms of taking up the #RESIST banner, however. Moving into the final stages of the presidential election, Scott has been taking shots at President Trump, a phenomenon that’s unlikely to slow down much even as the POTUS fights off the effects of the novel coronavirus. Last week, he reacted with some street-wise one-liners to the President mentioning Baltimore during his debate with Joe Biden as being on a list of Democrat-run cities experiencing major crime and violence problems. The big takeaway was the Donald Trump should keep the name of Baltimore “out of his mouth” until further notice. (CBS Baltimore)

When talking about violence in the U.S., President Trump said, “The Democrats that run these cities don’t want law and order.”

President Trump mentioned Baltimore, Portland and Seattle, among others.

“President Trump unless you are bringing resources and addressing economic, racial, and environmental injustices in my city, KEEP BALTIMORE OUT OF YOUR MOUTH,” Scott said in a tweet shortly after the Presidential Debate.

I asked my staff and they told me not to buttttttttt@POTUS @realDonaldTrump unless you are bringing resources and addressing economic, racial, and environmental injustices in my city.

🗣KEEP BALTIMORE OUT OF YOUR MOUTH

Just as a side note, it’s rather interesting that Brandon Scott hasn’t even officially won the mayoral election yet and he’s already referring to Baltimore as “my city” rather than “our city” or something similar. We’ll see how his tenure in the top job plays out for a while before deciding whether he means that literally or figuratively. (If you know what I mean, and I think you do.)

I actually had high – or at least relatively elevated – hopes for Council President Scott when he won the primary. I noted at the time that Charm City had dodged a bullet by electing Scott because the voters there had come dangerously close to sending disgraced former mayor Sheila Dixon back to the office. Dixon, as you may recall, departed her first term as Mayor in police custody after being convicted on corruption and embezzlement charges.

Now I’m not so sure that Scott will work out much better. He ran on a platform promising to reform corruption in the city’s government, including rolling back the Mayor’s nearly unlimited power to control purchasing and spending. This was to be done by restructuring the makeup of the Board of Estimates, where the Mayor effectively control three of the five votes on the board. But they had barely finished counting the votes from the primary race when Scott was already saying that maybe they shouldn’t rush into a process like that so quickly. He’s not exactly inspiring a lot of confidence.

But at least for now, it appears that Brandon Scott is looking to build his profile in the national Democratic Party by becoming the next vocal Trump-basher in Baltimore. It’s a strategy that worked out for Mayor Pugh’s predecessor, Stephanie Rawlings-Blake. Her one full term in office (after replacing the aforementioned embezzler, Mayor Dixon) was such a mishandled disaster that she didn’t even bother running for a second term. But that didn’t stop her from going on to be a national vice-chair for the DNC and a superdelegate. Perhaps Brandon Scott is looking to similarly feather his own future nest in that fashion.

Sadly for Scott and everyone in Baltimore, President Trump was actually quite accurate in his description of Charm City and it’s legendary crime and gang violence problems. True, he might have gone a touch too far when he described Baltimore as being “a disgusting, rat and rodent-infested mess,” but if the shoe fits…

In any event, the battle lines seem to be drawn. If Donald Trump manages to win a second term in the White House, Baltimore could be waiting quite a while for that federal aid that Scott is demanding. He really isn’t setting a very good tone for future, positive relations with the White House if that’s the case.