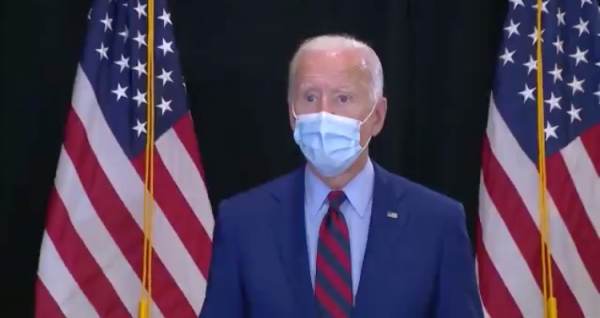 Biden is used to a group of approved pool reporters asking him screened questions so he flips out when a reporter goes off script.

Joe Biden belittled a female reporter trying to ask him a question, “She’s going to ask an obnoxious question.”

Biden is running for US President and he has yet to be grilled by the media.

Watch Biden get triggered when a reporter wants to “ask him one quick question about Covid.”

Biden rarely leaves his basement and when he does he spends his time running from reporters and ogling underage girls.