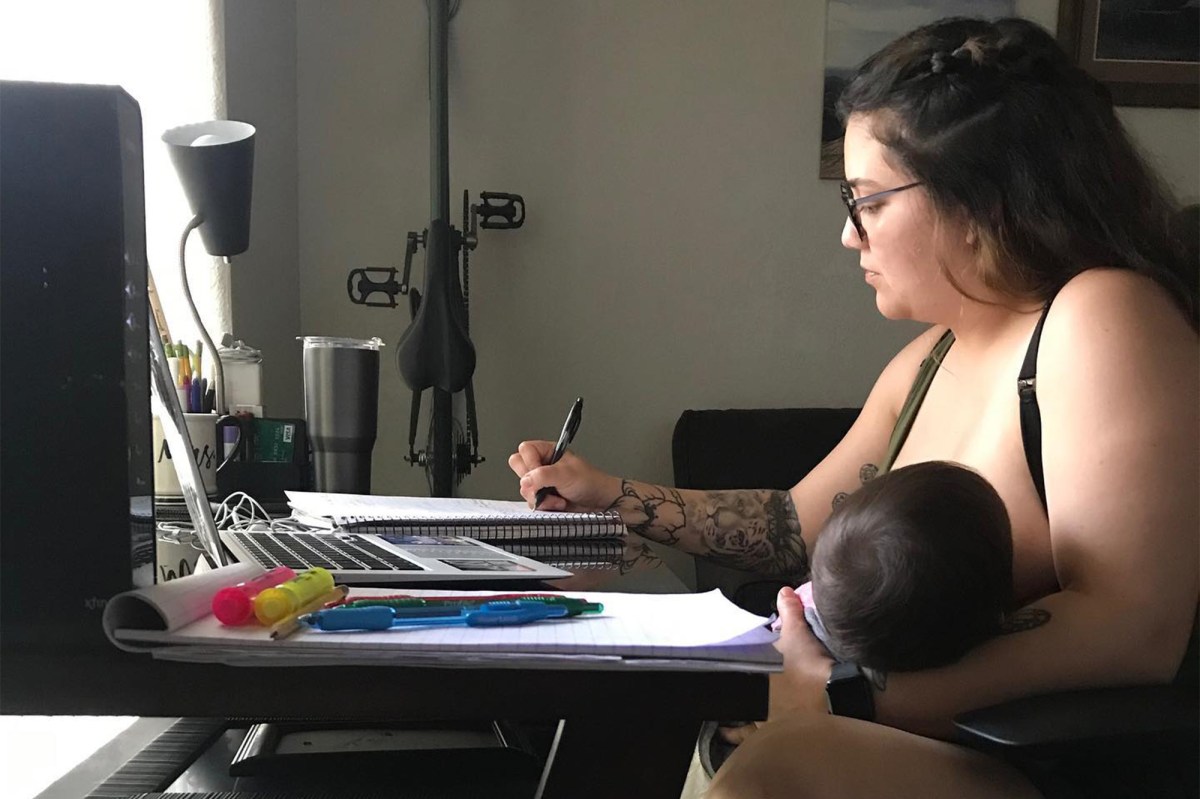 A California college student says her professor barred her from breastfeeding her baby during an online class — griping she was trying to do “inappropriate things’’ during his lecture.

“I was humiliated. Then I realized, he should be humiliated,’’ seethed young mom and Fresno City College student Marcella Mares on Facebook last month.

“This guy had the audacity to say that it is ‘very weird’ to be doing those kinds of things during class,’’ she wrote. “Breastfeeding mamas &any mama that is trying to juggle school, work, & a child should be praised not put down & humiliated.’’

Mares explained Sept. 23 that her teacher had just “changed the requirements for the class & said we needed to have our camera & microphone on in order to receive credit for the attendance part of class.”

She said she sent him an e-mail telling him, “I obviously don’t have a problem with having my camera & microphone on but I might need to turn them off to feed my daughter from time to time.

“His response was ‘that’s not what you should be doing during class. Do that on your own time,’ ” Mares said.

About a half-hour later, at the beginning of class, the prof announced to the entire group during the Zoom session, “ ‘I got this really weird email from a student stating she needed to do inappropriate things during lecture time,’ ’’ Mares wrote

“You guys need to understand that you have priorities now and you need to put all those distractions aside or be creative when your child need you and give your full attention in my class,’’ she wrote, allegedly quoting the professor.

Mares said she was furious that her teacher had addressed the private issue in public — and called her 10-month-old daughter a “distraction.

“This is a child we are talking about not our phones or TVs or any other THING,’’ Mares wrote.

“It was one thing to send the email telling me what I can and can’t do in my house with my child. But it’s a whole other thing when he announced a ‘weird’ email was received about ‘inappropriate’ things.

“I was so hurt that an actual human said these things about me & my breastfed baby in public to other students.”

She contacted the school’s anti-discrimination office and received an apology from her teacher a few days later, CNN reported.

“I am sorry for the inconvenience in regard to your intention of breastfeeding your baby,’’ the male prof’s mea culpa said. “From now on, you have the right to breastfeed your baby at any given time during class, which includes doing group worksheet, listening to the lecture, and taking the quiz or exam.

“You may turn off your camera at any given time as needed,’’ he added.

Mares told the outlet she has since dropped the class, although for unrelated reasons. She added that her other professors have been very understanding about her baby situation.