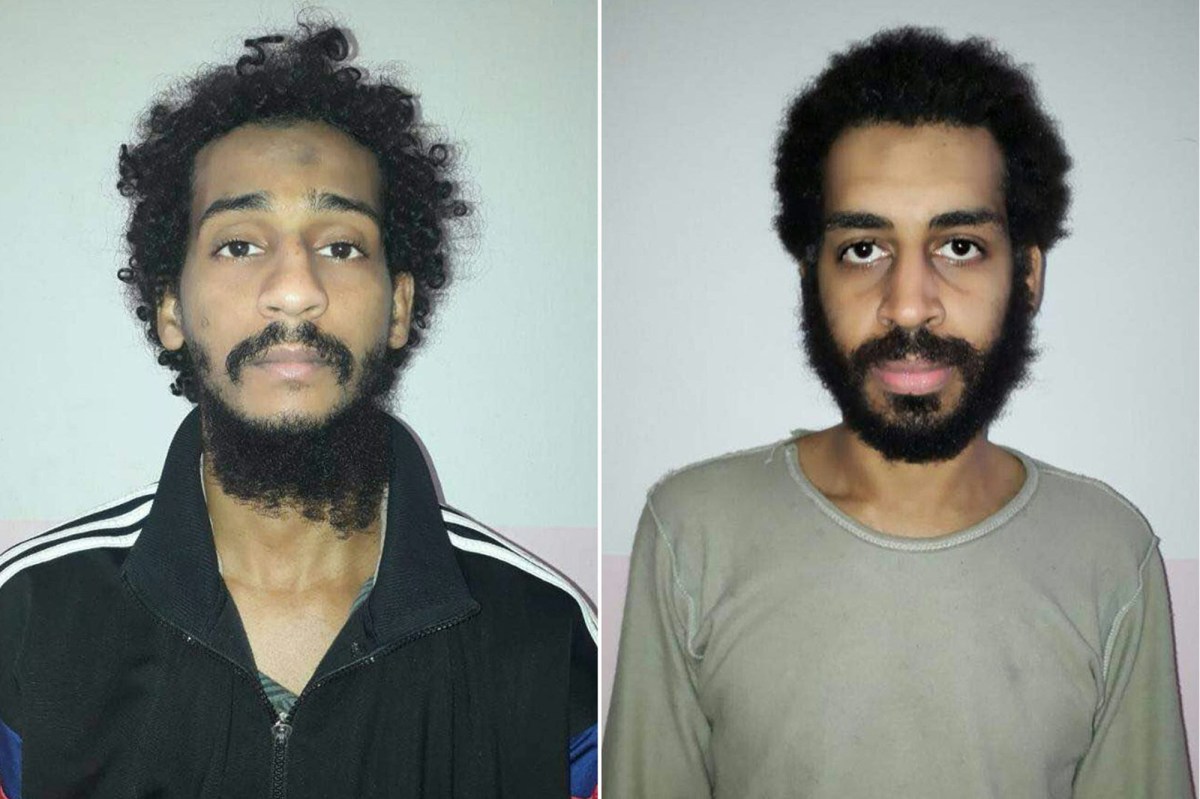 A pair of ISIS terrorists known as “The Beatles” have been extradited to the US and are due in federal court Wednesday to answer to charges for the deaths of four Americans, officials announced.

British-born terrorists Alexanda Kotey and El Shafee Elsheikh, who were captured by Kurdish forces in 2018 and held in Iraq, are now in FBI custody and are due in court in the Eastern District of Virginia on Wednesday, Assistant US Attorney John Demers said at a press conference.

Either way, you will never live in peace,” he said. “You will be pursued to the ends of the earth. No matter how long it takes we will never forget. We will never quit.”

The two terrorists, nicknamed “The Beatles” by their captives due to their British accents, are named in an eight-count indictment that includes charges of conspiracy to commit hostage-taking resulting in death, conspiracy to murder United States citizens, and conspiracy to provide material support to a terrorist organization, Virginia Assistant US Attorney Zachary Terwilliger said.

The duo was part of a terror cell that kidnapped, tortured, and killed American and European citizens since 2012, Terwilliger said.

The four Americans — James Wright Foley, Kayla Jean Mueller, Steven Joel Sotloff, and Peter Edward Kassig — were kidnapped in Syria between 2012 and 2013 and later beheaded on videos released by ISIS.

All four were either journalists or human-rights workers in the region.

Before they were killed, they were forced to watch executions, beaten, and shocked with tasers, FBI Director Christopher Wray said.

“Today’s announcement makes clear once again that combating terrorism remains the FBI’s top priority, and that the entire United States government remains committed to bringing to justice anyone who harms our citizens,” Wray said.